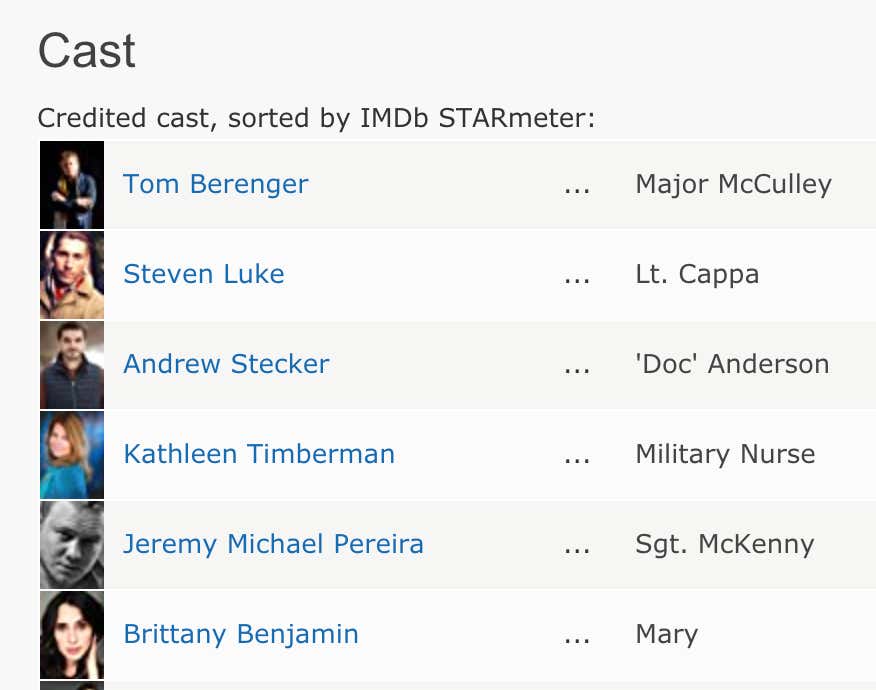 When I read the headline, I had a feeling about how the trailer was going to go. In fact, you're probably feeling the same sensation reading this right now. You might also be thinking that this has to have been a one-off, but you may be surprised to hear that this is a sequel to the movie 'Wunderland' released in 2018. Here is the entire movie:

Look, I love WW2 movies/shows as much as the next guy, but this just does not look good. It's a shame because I'm a Tom Berenger guy. Dude just has a badass face and demeanor which I love. Combining him with Zane along with High School project level effects is just never going to work out. I will say, though, that this makes me want to watch the bulge episode of Band of Brothers again.