Ummm, what? Look, I'll defend my boys until the end of time, but you can't put me in spots like this, Denzel. I don't even know how to spin zone a quote this bad. You don't think there's a big gap between the Browns, Steelers, and Ravens? Buddy, there's not a big gap. There's a MONUMENTAL gap. I'm talking Grand Canyon type gap. I'm talking Michael Strahan's teeth sized gap. Not a big gap???? Denzel, what games were you watching?

To be clear, there is approximately a 63 point gap between the Browns and the Steelers/Ravens. So to say that we can definitely compete with those teams right now is just a flat out lie. Denzel is out here acting like the ball bounced the wrong way a couple times in these games. Denzel, if we scored 5x the amount of points we did in these games we'd have still lost. We're not even in the same stratosphere as these two teams right now.

And I know there's some people thinking, what are you supposed to say to the media? Guys, I don't know the answer to that, but I can tell you it's not that we're right there with the two teams that just beat us by a million. Especially when your name is attached to this stat…… 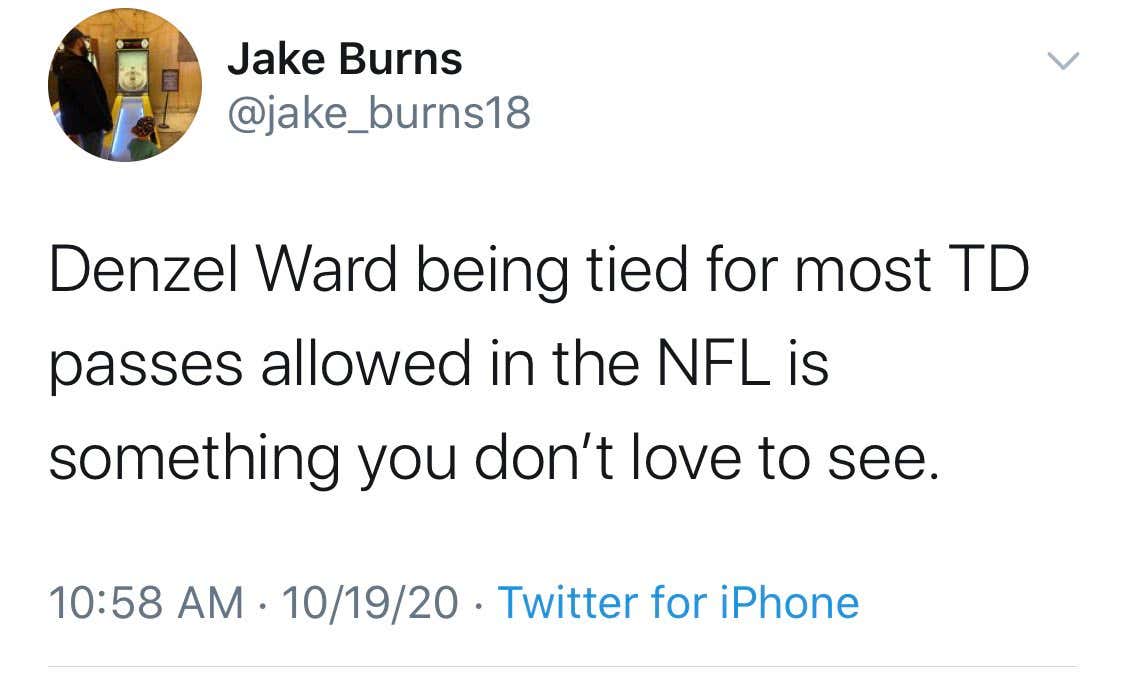 Yeeesh. And we thought Baker and OBJ were the all talk, no show players? Come on Denzel. We might be 4-2 but we're lightyears away from the Ravens and Steelers right now….