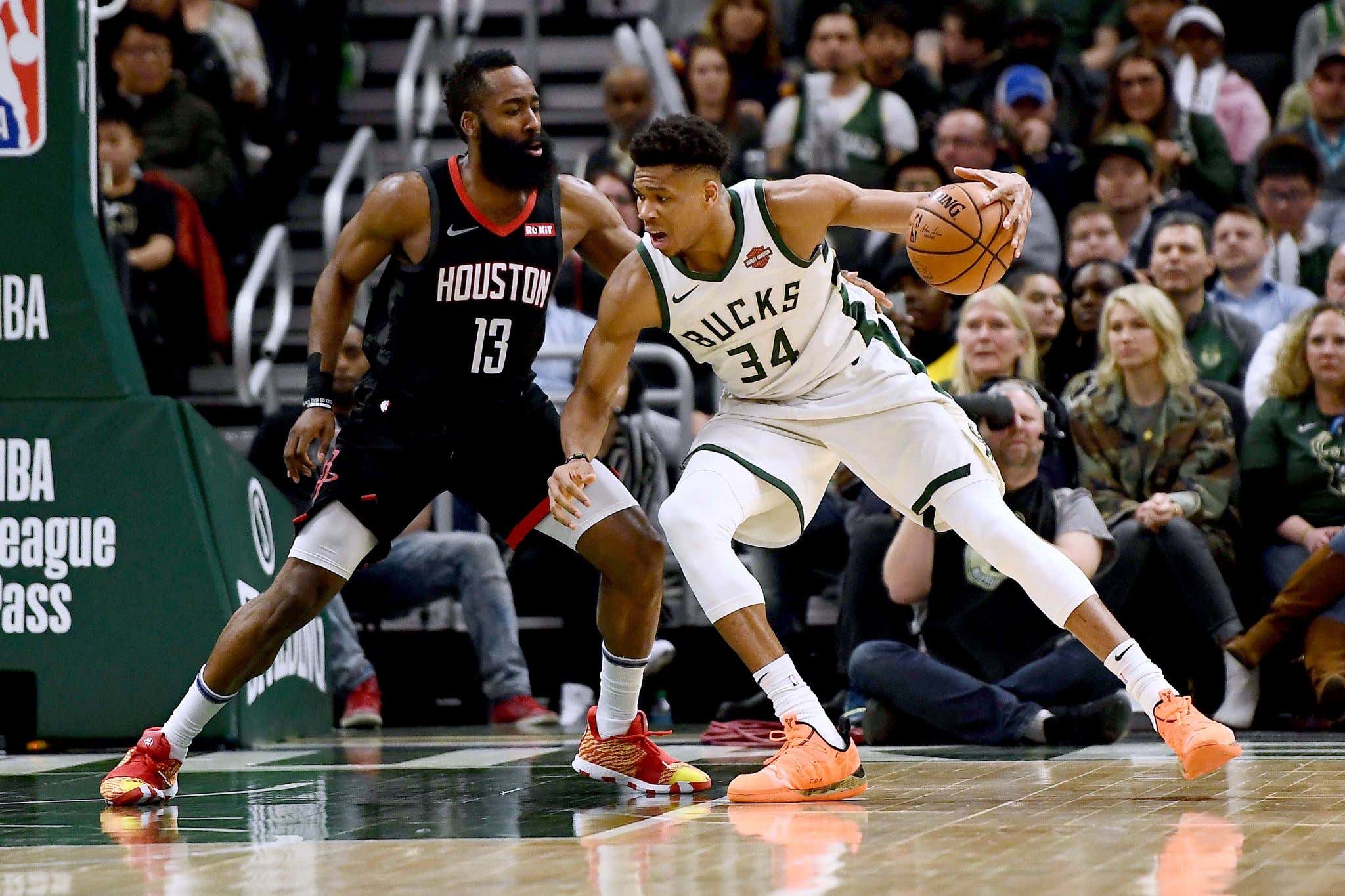 Once the news came out yesterday that Daryl Morey was stepping down as the GM of the Rockets, of course the next step was for the internet to gut their team and find ways to trade their best players to your favorite team. We all did it. It's what you expect to happen when it's clear that a team is about to smash that rebuild button. As they tend to do, rumors started flying and different scenarios were thrown out into the universe. For example,

Take a quick look at Bucks Twitter right now and a lotttttt of people are in on this idea. I mean why wouldn't you be if you're a Bucks fan. James Harden is one of the best players in the entire NBA. It's a little weird given the history between Harden and Giannis

and I guess if they package Middleton with basically everything else on their roster you could make the money work. In terms of fit, we just saw Harden be effective while playing next to a ball dominant player in Russell Westbrook, so I wouldn't be that concerned about him playing with Giannis. The system the Bucks run actually fits Harden's style too. The Bucks are tough to guard already, imagine adding the hardest individual cover in the league? That'd be nuts.

You do wonder about the chemistry issue, we just saw what bad chemistry can do (Clippers) and how valuable awesome chemistry can be when you try to win a title (Lakers), so who knows if these two would be able to get past their beef. Maybe it's possible

and look, if Giannis is telling the Bucks that he'd like them to go get James Harden, they have to do everything in their power to at least make a phone call and inquire about it. Giannis has all the leverage. If he wants this roster gutted so he can play with James Harden, well that's what you have to do.

Sadly, I think if the Rockets do blow things up, Westbrook is the one that's moved. Guys like Eric Gordon, RoCo, PJ Tucker etc. The new regime in HOU is better off jump starting this potential new phase with one of the best players in the NBA. It's not like the Bucks have high unprotected lottery assets or anything. If you are trading your stars, you need to go the OKC route. Some low first round picks and Khris Middleton would not be worth losing Harden in my opinion.

But it is fun to dream about, and as we know, 95% of the NBA offseason is dreaming and debating moves that are never ever going to happen. If this did happen though, talk about a dynamic duo.