ALDWIN, Pa. (KDKA) — Special agents from the United States Postal Service raided the home of an Allegheny County mail carrier over the weekend.

At a time when public confidence in mail delivery is low, a mail carrier is suspected of putting out his deliveries with the morning trash.

From inside his house on Meadowcrest Road, mail carrier Sean Troesch had nothing to say Monday after agents rolled up in front of his house in an unmarked van and collected bags of suspected undelivered mail.

In a statement, the United States Postal Service Office of Inspector General said its agents acted on a tip and promised to conduct a thorough inventory of those bags, ensuring each item will reach its intended recipient.

“Special Agents recovered several different classes of mail, including business mail, flats, and small amount of first class mail. We expect to perform a piece count of the mail tomorrow, and make arrangements to have to mail delivered to customers as soon as feasible,” the statement said.

Honest to god, I thought this story was a joke. A QAnon mail bro is out here dumping mail and sharing memes that are insane. How insane? Well. 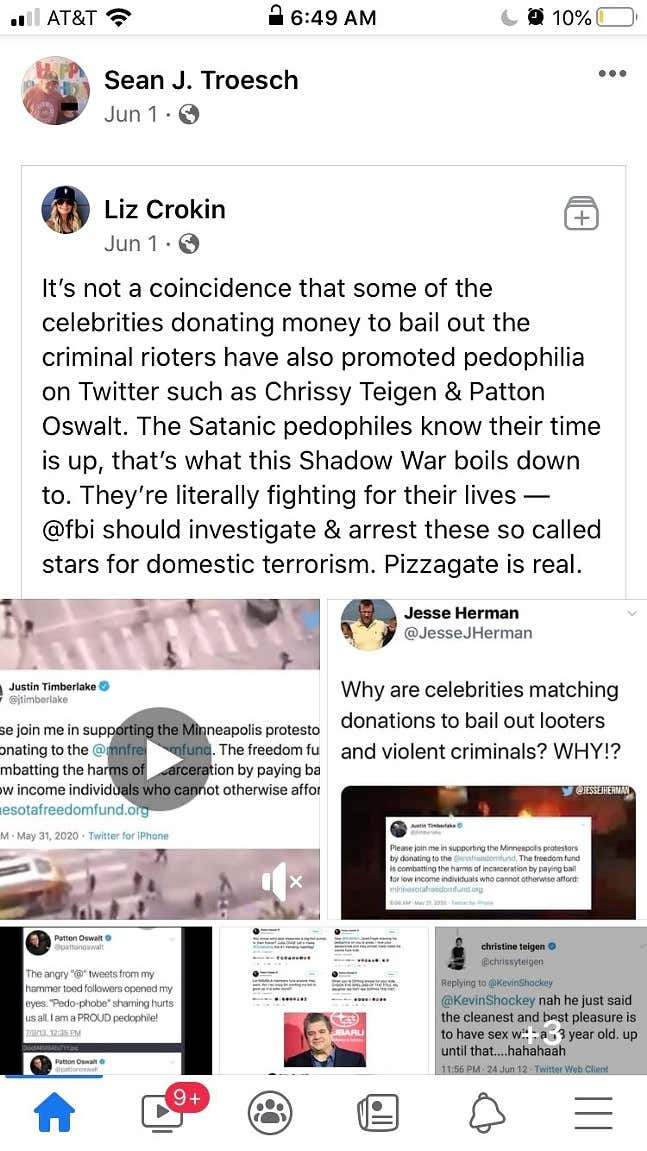 This story is wild but it's not as wild that I learned that the Post Office has a SWAT team of sorts. Im not trying to be mean but I thought this entire story was some elaborate ruse. A fat mailman believes online conspiracy theories about mail fraud during the election and pizza gate and demonic eating of babies while also dumping Susie's birthday card and Alex's newest order from ETSY. It's like an episode of Seinfield that didnt air until Seinfield was no longer involved but the series was picked up by FXX and aired only at 1am.

Crazier than that is the fact that there's a post office unit that acts as a swat team and they fucking love themselves. Look at this shit. The all-mail swat team thinks they are just like Seal Team 6… who I just heard actually killed a fake Osama Bin Laden and used a body double and then many of their own members were killed by President Obama's assassins. Where did I hear that? I dont wanna tell because we dont do politics here. Let's just say it was a twitter account with a ton of followers.

After watching that whole video, Im not even sure what to say. It reminded me of this.

2020 is wild. The mail has a swat team. Incredible