Ask any group of 10 randomly selected Massholes what‘s been the best single day for Boston sports in the Last 20 years and you’ll get 100 different answers. But the one day that will make everyone’s list is seven years ago today. October 13, 2013. Without a doubt.

In the afternoon it was Tom Brady leading the Patriots back on the final drive against the Saints. Throwing to the likes of Austin Collie and Kenbrell Thompkins while thousands who had already headed to their cars turned around and were trying to gat back into Gillette. Just in terms of precision, timing and placement, that touchdown pass might have been the finest ball he ever threw.

At night, it was David Ortiz’ two out 8th inning grand slam that tied up Game 2 of the ALCS against the Tigers, a game the Red Sox would go on to win. It was the absolute biggest moment on the way to them winning their third World Series in nine years. And one of the clutchest moments in Ortiz’ career full of them.

As a side benefit,  the moment produced one of Barstool’s most inspired t-shirt designs. 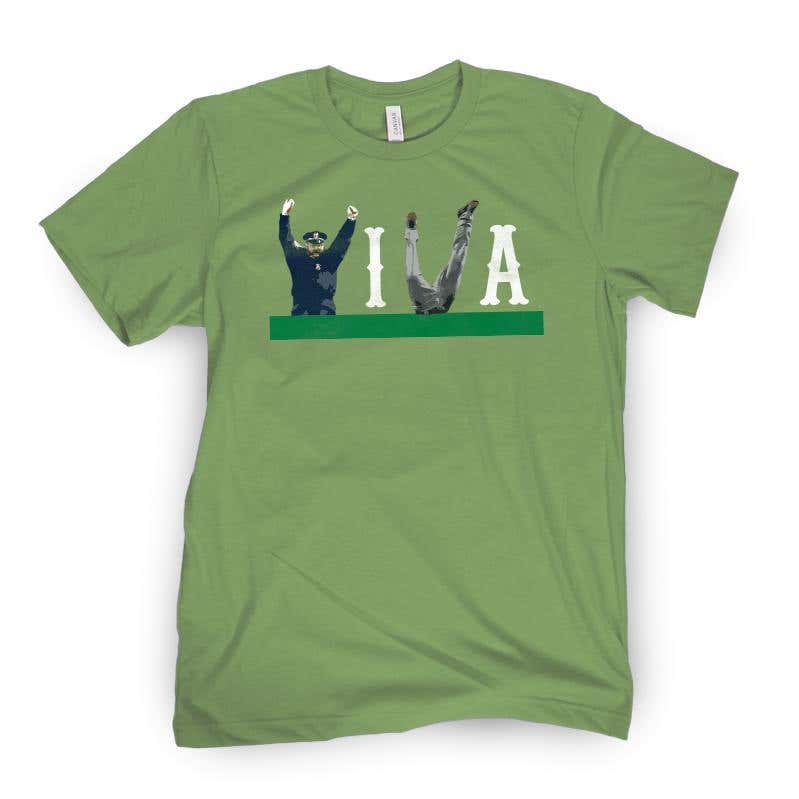