Source - THIS is the shocking moment two hospital workers engage in a vicious MMA-style brawl in a cafe. At the beginning of the clip, believed to have been filmed at a London hospital over the weekend, the workers can be seen squaring up to one another.

One of the women, who is wearing blue scrubs with her mask pulled down, points her finger and shouts at the other. One of the workers then lashes out by hitting the other, a move quickly returned by her colleague.

The workers pause in the awkward grip before the video ends, unwilling to let the other go. The hospitals said to be involved have been approached for comment.

Whenever I see videos like this I always have one question: Why? Why did these two women come to blows? What happened between them that they felt it was necessary to beat the shit out of each other at work...in public. Everyone has people they disagree with professionally, but that's usually where it ends- with a disagreement. Not a leg lock to the neck... 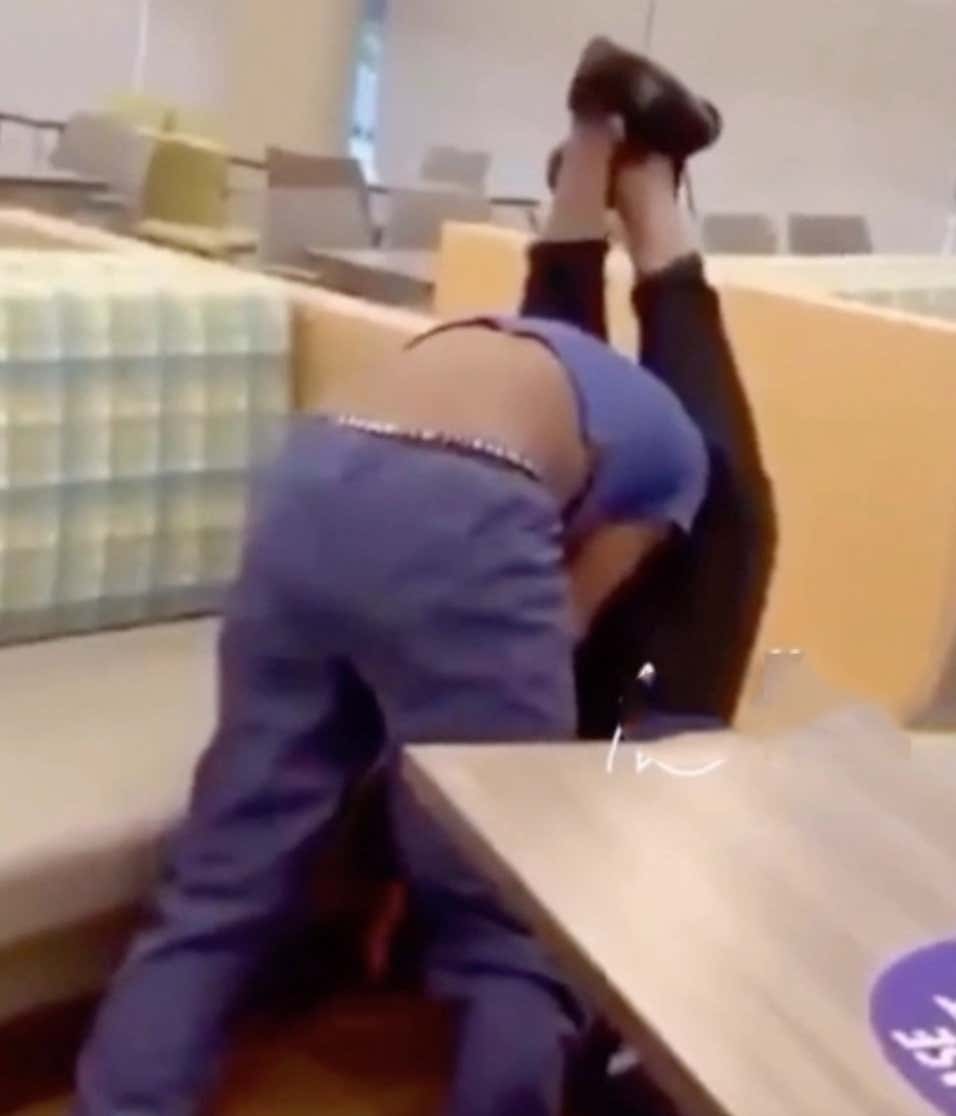 I mean they were basically in a full-blown MMA fight in the middle of a cafeteria. The woman above actually reversed the move once it went to the ground... 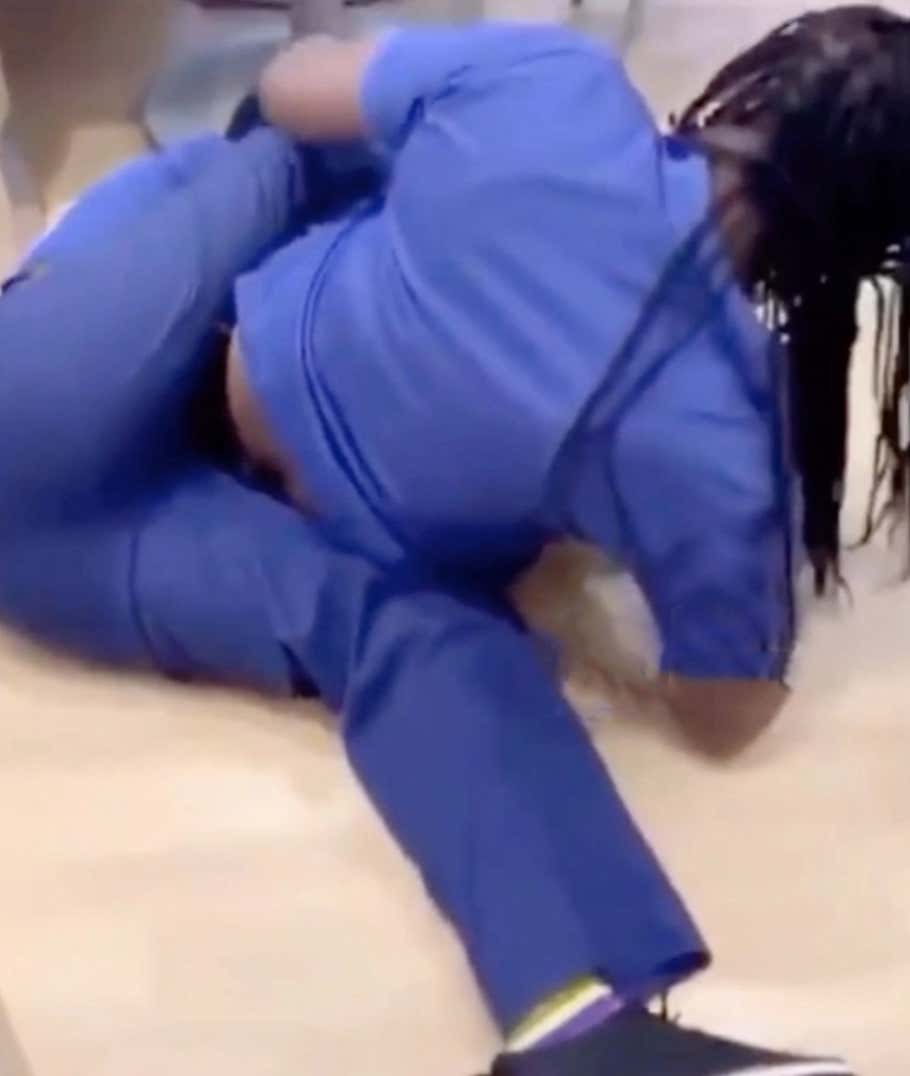 How did she learn to do that? Was she training for this fight? There's a longer version of the video you can watch HERE if you want to.

At the end of the day I guess I'm just shocked at how far it went. A minute and forty-three seconds is a long time to be fighting with someone especially when you're rolling around on the ground. Hopefully these two were able to work their problems once things cooled off. Best of luck to both of them!