The Cuban Missile Crisis was one of the most intense points in the Cold War between rival world superpowers; Soviet Russia and the United States, all because a new power-hungry Cuban dictator was at America's doorstep; attempting to secure a spot at the world table.

Fidel Castro and his ragtag crew had just done the impossible by overthrowing the existing Cuban government in order to install his own rule. In return for weapons, cash, and the Soviet's embrace, Fidel agreed to let the USSR use Cuba as a nuclear missile launching pad.

Government intelligence informed President John F. Kennedy about Cuba's weapons and missile silos. JFK set up a naval "Quarantine" around Cuba to cut off supplies from Russia. The word Quarantine was used because setting up a "Blockade" is viewed globally as an act of war. For 8 days JFK kept his findings about Cuba behind closed doors, before informing the American People on Oct 22, 1962, what had been going on right under their nose.

The tension could be cut with a sickle. Fortunately for EVERYONE, the Americans and the Soviets understood the consequences of a global nuclear war and cooler heads prevailed. The Soviets took missiles out of Russia, while the American's secretly agreed to take their missiles out of Turkey. Both Castro and guerilla revolutionary Che Guevara said if the decision were left up to them, they would have pushed the button and launched the missiles at America. Sheesh.

Only 3 months after the world was almost cooked beyond recognition, Fidel Castro flew to Russia to visit with Nikita Kruschev and have dinner, go sledding…

… the two world leaders even had a snowball fight in their massive jackets made for a Russian winter. Government oppression has never looked so darn cute.

Months after their precious snowball fight, Kruschev awarded Castro with Russia's most prestigious medal for service to the state, The Soviet Hero Award.  A packed Lenin Stadium applauded as Kruschev and Castro lifted each other's arms in the air for a big communist hooray. 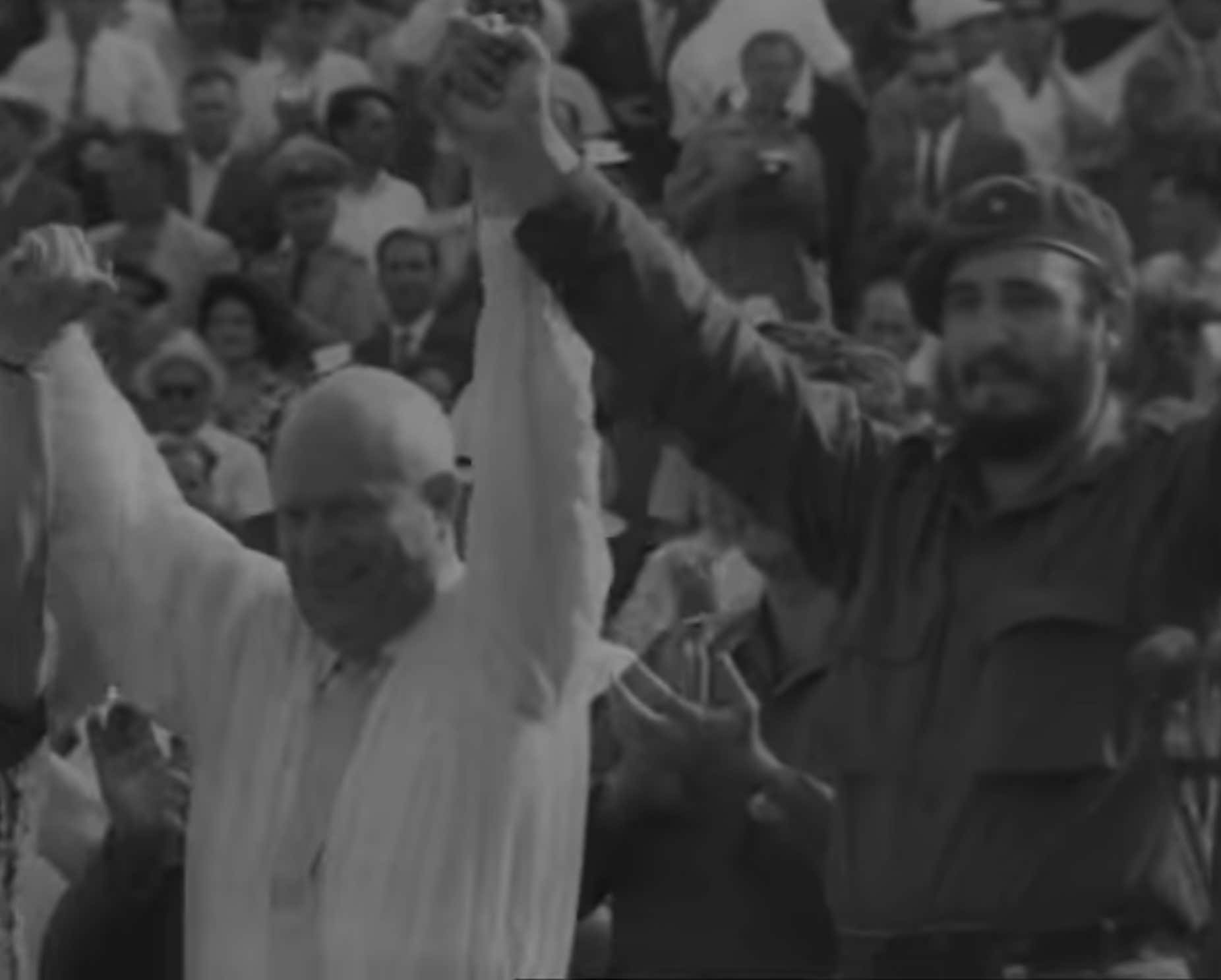 A week prior to Castro getting his shiny piece of tin from the Soviets, JFK gave his now-famous speech at American University where he took a different, more humanitarian tone on fighting communism than he did in his stern inaugural speech.

"For, in the final analysis, our most basic common link is that we all inhabit this small planet. We all breathe the same air. We all cherish our children's future. And we are all mortal." - JFK

Listen to Twisted History with Large and I every Wednesday …