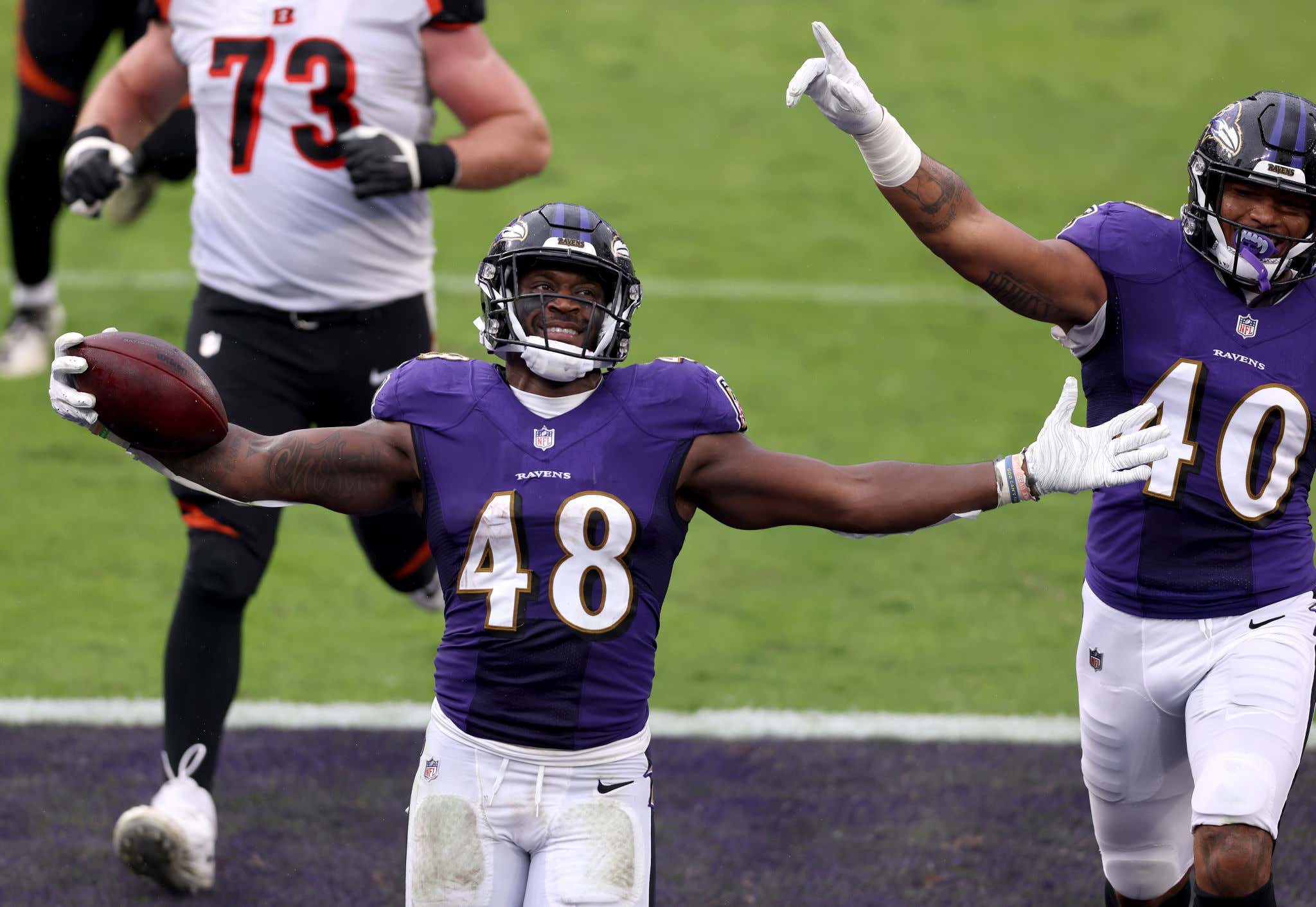 That was an asskicking through and through. It wasn't pretty at times, but it was still an asskicking. Wink Martindale brought the heat on Joe Burrow with a variety of blitzes and Joe Burrow and his OL had no answer for it whatsoever. 7 sacks and 3 turnovers forced, and they might have been able to have claimed a shutout if those cowardly Bengals didn't take a cheap field goal in the last minute.

With all of that said, there are some serious areas of concern with this football game. Lamar Jackson may have played his worst game as a pro today. And he's had a couple of stinkers, everyone knows it. He threw as many WTF passes as I can remember in his entire career prior to today. For the 2nd week in a row, he threw a brutal pick right before the half. There were some drives early in the game where he made the necessary throws and the Ravens were able to build an early lead off of that. But overall, he did not look right. I don't know if he's still battling whatever stomach bug he missed practice with on Thursday or if the knee injury that held him out of practice on Wednesday is lingering, but he did not look like himself today. Both from a football standpoint and from an energy standpoint. He's usually energetic and laser focused, but he did not seem like he was engaged today. Very strange.

More confounding was Greg Roman's insistence on continuing to throw the football. Yes, the Ravens aren't running the football as effectively this year as last year, but this 2nd half was a perfect opportunity to just shove the ball down the Bengals throats and coast to a win. They were effectively able to do that because the defense was playing out of its minds, but there is no reason to have finished that game with 37 pass attempts and only 25 rush attempts. I understand if they're trying to work on things in the pass game, but it was just so clear that Lamar didn't have it today. No reason to put him back in the pocket and put him at risk of getting hurt or further allowing his play to tailspin into something more than what it is. It's baffling.

Regardless, it's hard to complain too much about a 24 point win. If the defense plays like it did today, it's going to be tough to lose many football games. Joe Burrow had his first real rough one in the league, hopefully plenty more where that came from. The Ravens are 4-1 and head to Philly next week to face a mediocre Eagles team. Get to 5-1, get rested up during the bye, and then we take care of business against Pittsburgh. They'll be ready.