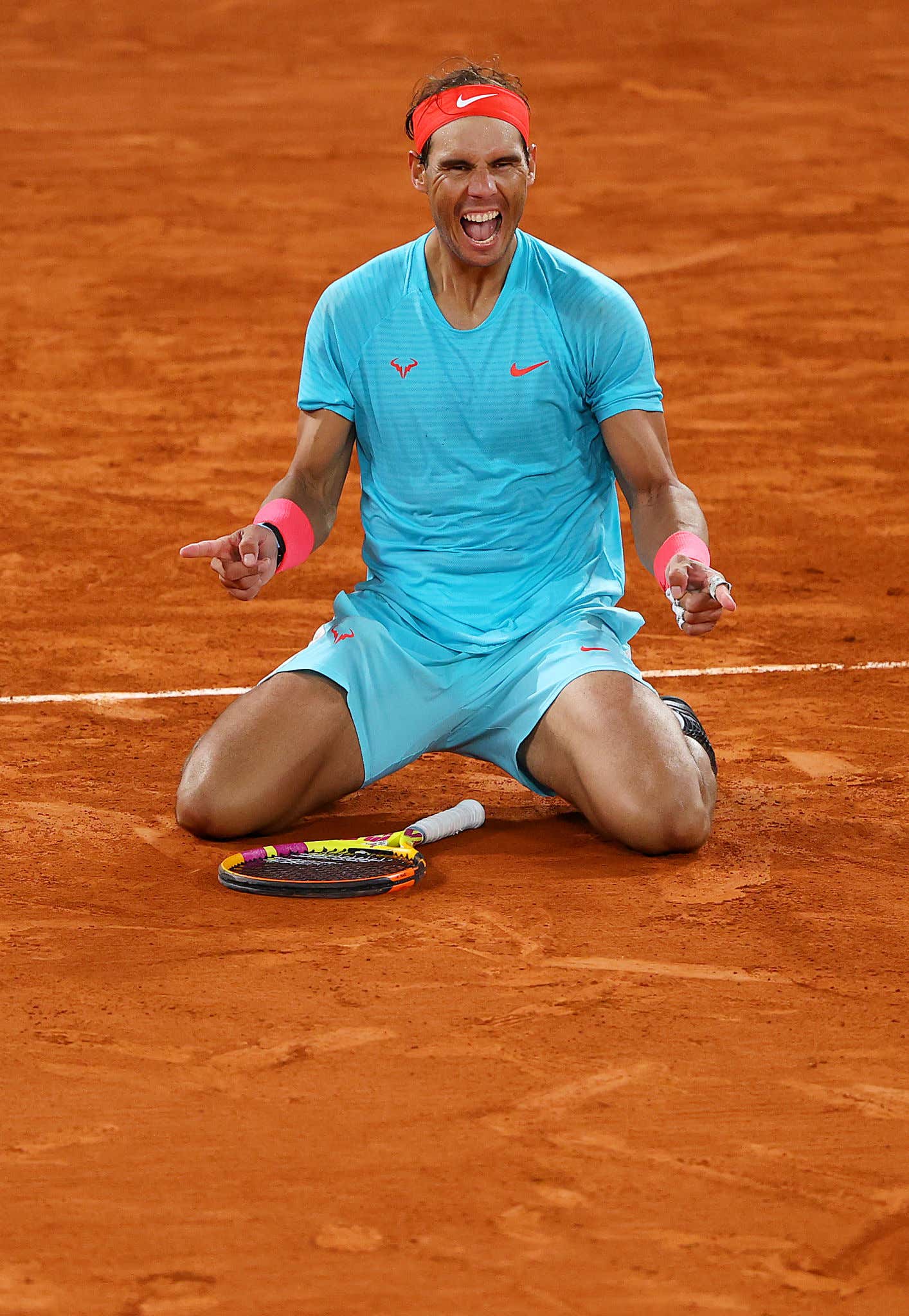 Rafael Nadal just took down Novaxx Djocovid in straight sets at the French Open to secure his 13th title at Roland Garros. THIRTEEN FRENCH OPEN TITLES. This was his 100th win at the tournament, improving his record to 100-2 lifetime there. 100-2! There really is no athlete that dominant at anything right? Dude didn't drop a single set on his way to this title as it continues to be fucking ridiculous what he to do on this surface. This was the year he was expected to have a lot of issues too. Usually this tournament is held in the hot summer, and not the cold temperatures of October. They changed the balls as well which were not supposed to favor Nadal's game. It didn't matter. He even bageled Djoker in the first set in what was a fairly easy victory all things considered. I expected Novak to give him a lot of issues today, but that just didn't happen. The 3rd set was the only thing that resembled competition and even then Nadal put the clamps down late to make sure this didn't go any further than it had to.

Nadal on this surface at the French is may be the most dominant athlete ever. There are only two names that come to mind that could possible top him and that's Phelps in a pool and Gretzky on ice.

This win also ties Roger Federer at 20 career grand slams, which is the most ever on the men's side. Kind of gut punch, but I can live with it because Rafa and Roger are boys.

If everything goes to plan he'll have just as good of a shot to capture French Open title number 14 in a few months when this tourney happens again in June 2021. That puts the pressure on Fed to win the Aussie in January when he returns from his knee surgery. I'm starting to accept that he won't end up with the most slams ever, but at least Djokovic stays at 17 for a little longer. Small victories. Congrats to Rafa, what a monster.