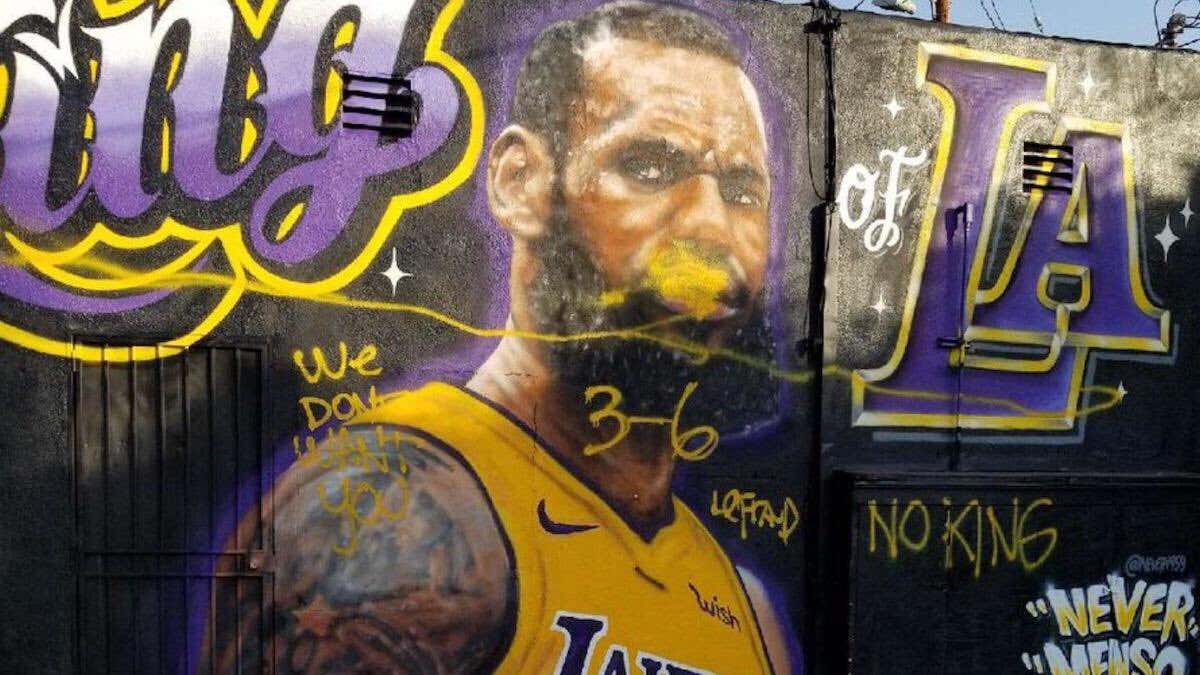 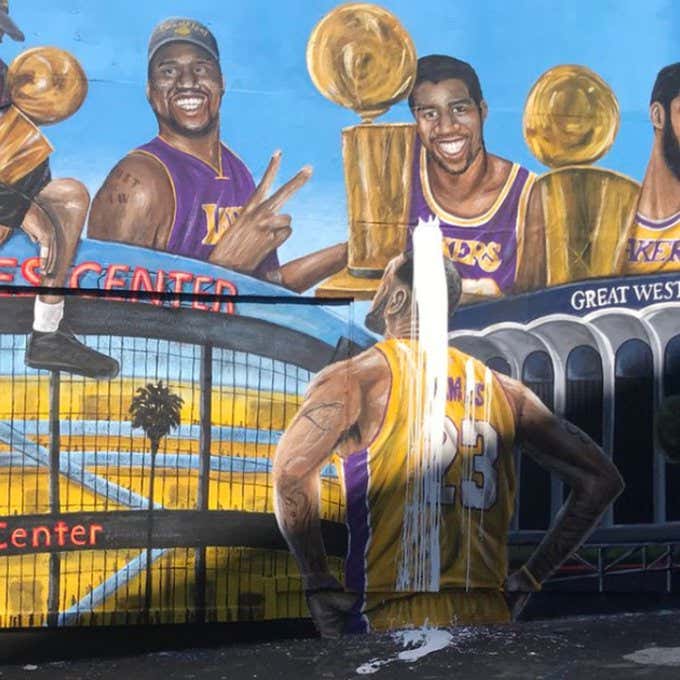 Does every fanbase have assholes? Sure. But how can we forget how Lakers/Kobe fans reacted just two summer ago when their now savior LeBron James first arrived in LA. It would be unfair to say all Lakers fans acted or felt this way, but the fact that there was even a SINGLE one makes zero sense. They hated him. Didn't want him. It was honestly one of the most bizarre things I'd ever seen. What other fanbase would act this way after the best player in the NBA decides to join your team? Talk about being ungrateful. Well now here we are, just one win away from securing their first title in 10 years

You know the same Lakers/Kobe fans that kept messing up all those LeBron murals or talked about how they didn't want him in LA are 1000000000% pumping their chests out today. They're probably talking all sorts of shit on Twitter. It's disgusting really.

I'm pretty sure Lakers fans also hated the KCP signing as well. Didn't hear much of that after Game 4 now did we. The best part of that tweet are the responses from Lakers fans who try and justify it. That we have to understand at the time LeBron was their rival and everyone kept saying he was better than Kobe, so that's why fans reacted that way at the time. What's crazy is that some still feel that way!

I'm sure there will even be some Lakers fans in the comments of this blog who will be very defensive about this, probably talk shit to me about how the Celtics choked and blah blah blah. Yeah I know they did. I see it every time I close my eyes thank you very much. It's OK. You didn't want LeBron on your team and now that he's about to win a title you love him. Simple as that.