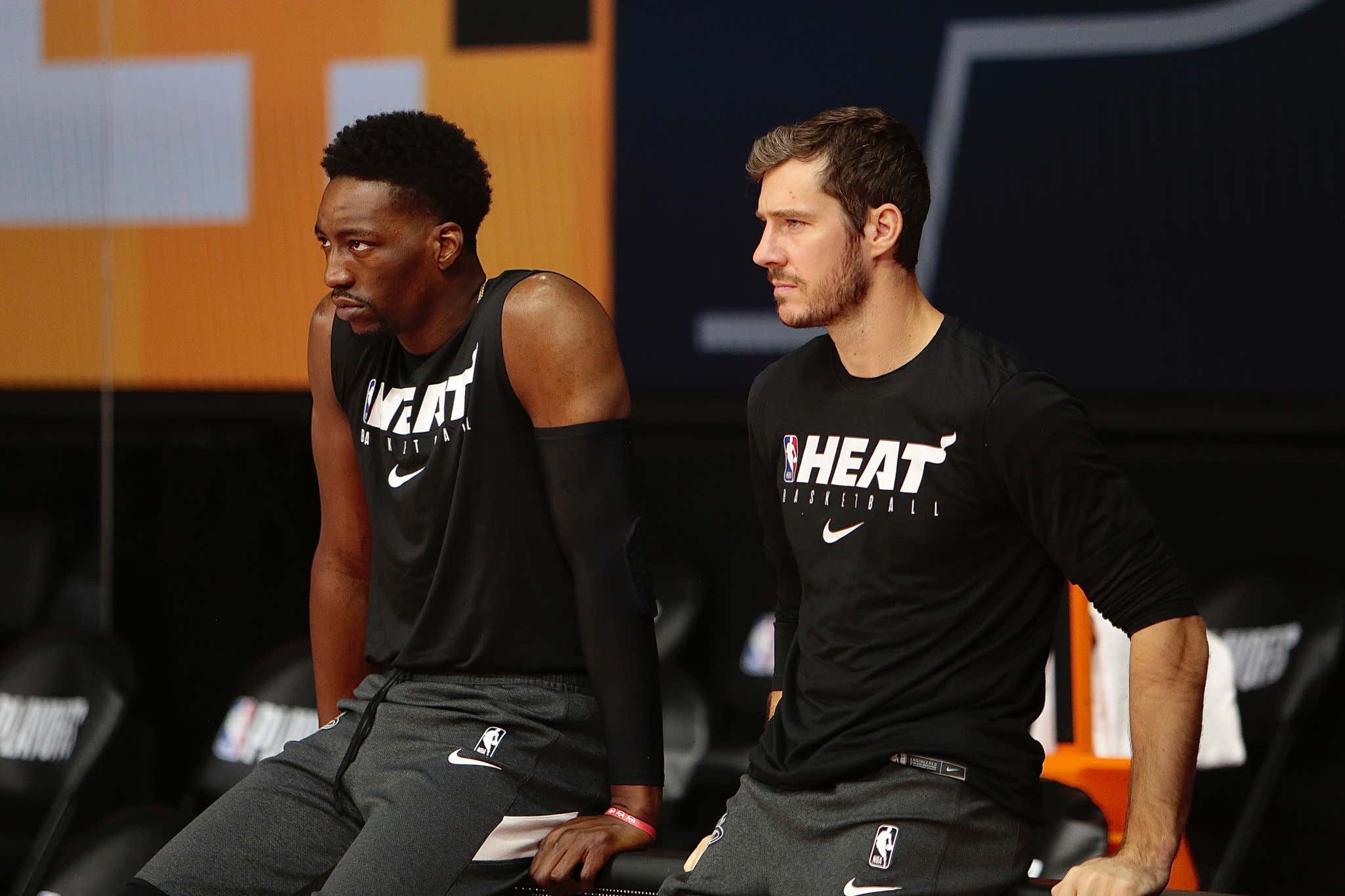 Huge news for the Heat and #HeatNation before Game 4. Huuuuuuuuuuuuuge news. This Game 4 is pretty massive so you have to love seeing those two tweets as a Heat fan. You're going to need every possible bit of help you can get to even this series, and there's no denying that both Bam and Dragic are extremely and I mean extremely important to what the Heat do on both ends of the floor. Don't forget how Game 1 went when both of these guys were out there. It wasn't the 5,000 point beatdown we saw eventually unfold. The Heat were able to hang with the Lakers on both ends.

Now, who the hell knows what they'll even look like, but I would imagine Bam is going to be closer to 100%. His injury didn't seem as bad. I say that as someone who is most definitely not a doctor, but I'm going to assume he's ready to roll. The huge question will be Dragic. Not just from a pain tolerance standpoint, but how effective will he be able to be? I can't imagine his quickness will be the same, and if I'm the Lakers I am 10000% getting him into a switch against LeBron. But with these guys back, maybe Miami will be able to rely more on their zone and will be able to hide Dragic on the defensive end. With Bam back in the middle we shouldn't see the Lakers be able to pick that zone apart like they did in Game 2, so that's something to keep an eye on as well.

You also cannot rule out the energy boost this could give the Heat. Maybe guys go a little harder because if Bam and Dragic are willing to gut it out then the overall effort goes up. Those are the things that can steal you a game. Closing out hard, winning 50/50 balls, crashing the boards, effort plays like that are going to be important. If both of these guys play it could also go a long way in preventing these Miami scoring droughts.

I'm hoping both are able to play because there is nothing I want more than a competitive series. I want to see what a somewhat healthy Heat team looks like against the Lakers. I'm not totally convinced that if those two never got hurt that the Heat wouldn't be leading this series. Now we get to see just how impactful they truly are, even if they're hobbled.

Hopefully the Basketball Gods do the Heat a solid and we're tied 2-2 after tonight and this thing becomes a best of 3 series. It's only right after what happened in Game 1.