[Post] - I think I look at the Giants with a lot of fond memories, but then I’m like what the hell happened?” Umenyiora said. “It’s some absolute craziness going on there right now.

“To think that in the past eight seasons, they have had one winning record, I think. It just doesn’t make any sense for a team with that kind of pride and with that kind of history. And with what we had done the eight years prior to that. It’s really unfortunate, man. But in some form or fashion they have almost lost their way. They have lost their identity. Like, what is the New York Giants’ identity right now? I couldn’t even tell you what it is.”

Listen, this is a fair question. What the hell happened to the Giants? I say this as a Giants fan. It sucks, because, well, the Giants fucking suck now. They aren't fun to watch. The offense is brutal. Joe Judge is at least going for it more on 4th down, but still hesitant. Danny Jones is frustrating. The offensive line - well, you know what, we'll save that.

So what's gone wrong? Luckily I have answers. 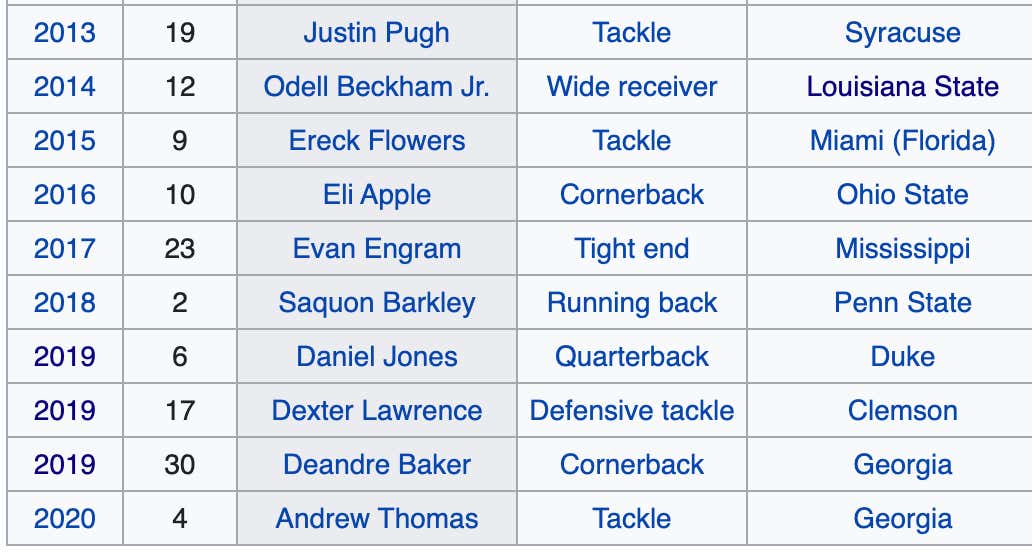 The 2012-13 season was when the losing started and take a look at these draft picks. Justin Pugh was fine but left for Arizona. Odell was Odell, we know that. Other than that? Evan Engram is perpetually hurt and then there are the absolute disasters. Taking Eli Apple and Ereck Flowers back to back absolutely derailed this franchise. That's not even talking about who went right after those picks - could have had Gurley/Gordon, Andrus Peat, Laremy Tunsil, etc. You can't miss that much on top-10 picks especially back to back years. Ereck Flowers is one of the worst picks of all time. Then you move on and take Saquon Barkley 2nd overall. I still am so mad at that. Don't get me wrong, Saquon is good. BUT THE GIANTS WERE IN REBUILD MODE. You don't draft a running back second overall when there are holes everywhere else. Take Quenton Nelson. And sorry Clem, I'm not sold on Daniel Jones. Oh, let's not forget Gettleman traded up to take Deandre Baker, who is cut from the team due to robbery charges. AWESOME DRAFTING FELLAS.

The one year with a winning season: 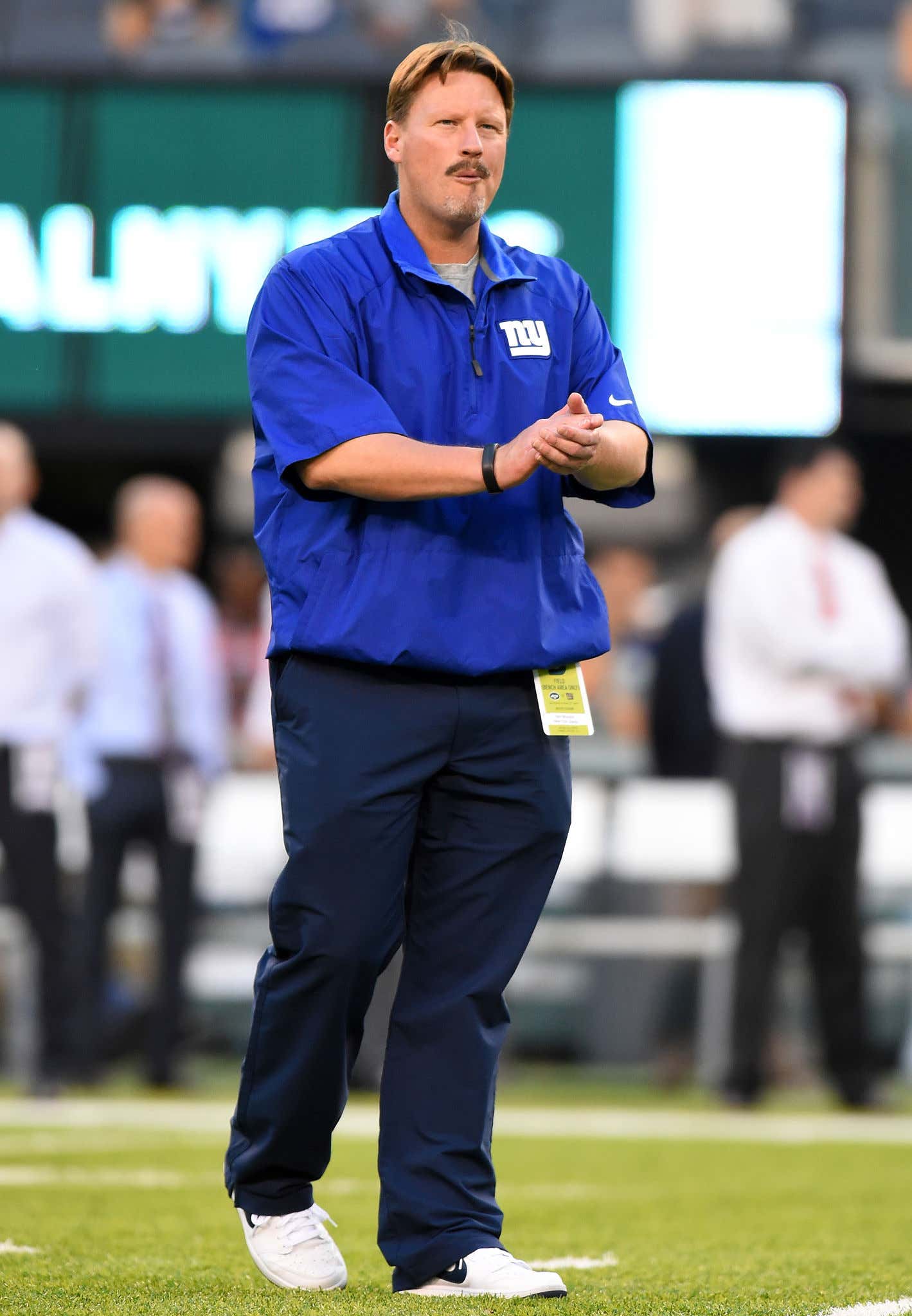 The year where things went to shit:

Pretty self explanatory there.

This needs to be talked about because the decisions have been atrocious. You have McAdoo for two years, then you bring in Pat Shurmur which was a complete disaster. Why anyone thought Pat Shurmur would work in New York because of a decent year as an OC for the Vikings is beyond me. Dave Gettleman comes in and replaces Jerry Reese. Why you don't go with a new GM, new coach and new QB is so stupid. That's how you get on the same page and figure out what's going on with Daniel Jones and Joe Judge.

It didn't matter if it was Eli or Daniel Jones or a week of Geno Smith. The offensive line is trash through and through. This goes back to the Ereck Flowers pick and missing out on drafting offensive linemen that are actually good. Until that gets fixed it doesn't matter if you have Saquon - see the Steelers game.

Pretty simple as to what happened. They missed out way too often on draft picks and then made questionable free agent signings. It's been a mess.