No, no there isn't. But it's nice to see someone who looks for Odell in the endzone again. Even if it took all of Jarvis Landry's might to get this ball to his pal. If you're going to put your entire body weight into a throw it might as well be a laser for 6. I had no idea the Browns were capable of pulling off something this cool on a football field, intentionally, so that was sick to learn today.

Also, how does Dallas not take advantage of a free shot on a quarterback here? Baker's not exactly Walter Jones setting the edge. Talk about a missed opportunity. 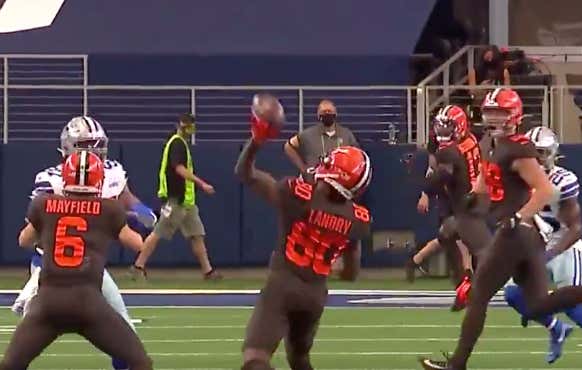