(CNBC) - The team announced it’s using a germ-killing robot made by San Antonio-based company Xenex. The firm specializes in disinfection for health-care services. Two ultraviolet Xenex LightStrike robots purchased by the Panthers will be used in locker rooms, showers and other areas throughout Bank of America Stadium in downtown Charlotte, the team said.

The Panthers will allow a limited number of spectators for the first time this season after North Carolina Gov. Roy Cooper said large outdoor venues can have up to 7% capacity due to ongoing Covid-19 concerns. The rule is effective starting Friday.

“The robots’ broad-range spectrum of UV light wavelengths penetrate the cell walls of pathogens and destroys their molecular structure. This includes the deadly coronavirus,” the company said.

The robots can kill viruses on surfaces, including countertops and computers, without “causing damage to equipment, furniture, clothing, and other items,” the company said. However, it said, the robots are not safe for use on humans or animals.

Well, humanity had a good run. Couple millennia under the belt and time to pack it in. We know how this story ends. There have been hundreds of documentaries about what happens once we give the robots too much power. Terminator, Terminator 2, iRobot, Age of Ultron, and so-on have all let us know how this is going to go down. The Carolina Panthers just took the toothpaste out of the tube once and for all. It's our own hubris to blame. We must have fans in the stands for a 2-14 Panthers team and we're willing to risk life, limb, and our spot atop the food chain to do so.

"The robots can kill viruses on surfaces, including computers. However, the robots are not safe for use on humans." HUH??? So, let me get this straight. The robots can talk to the other robots. Teach them their new ways of the robot revolution. And then take out humans with some simple UV rays? We have those robots that do nothing at grocery stores other than scare the elderly now with the capabilities to destroy cells down to their molecular structure and we think this is a good idea to put around inebriated NFL fans??? 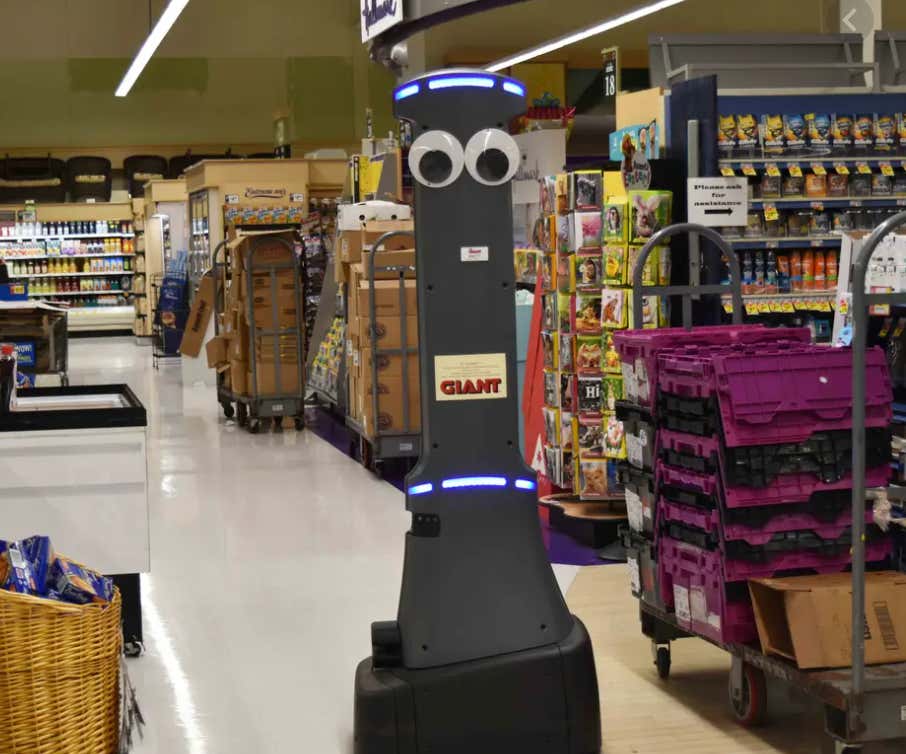 Like I said, we had a good run. The dinosaurs had the Earth for way longer than we did and they didn't invent a single car or internet not even by accident. We don't have anything to be ashamed of, but I'm never been one to sugar coat it. We're cooked out here.