In the nightmarish, toxic, pestilent hellscape that is the dark timeline we find ourselves stuck in, what a difference an hour can make. These updates don't mean the pro football world is out of the dystopian woods by any means. But they are the closest thing we can come to a positive development.

Clem put it perfectly when the story about the Titans' positive tests first broke. The entire NFL is a Jenga tower at the moment. It has been since teams first reported to camp. We've been lucky as hell with the way the NBA and NHL bubbles have worked and MLB and college football seem to have dodged the viral bullet pretty well. But the NFL's luck seemed to have run out.

Until now. I think. Hopefully.

And like to think that the news of Tennessee's personnel being asymptomatic and the Vikings showing no positives is something to be hopeful about. But even as I say that I realize it's leaving me wide open for criticism from the Hope Shamers that I don't fully grasp the gravity of the situation. 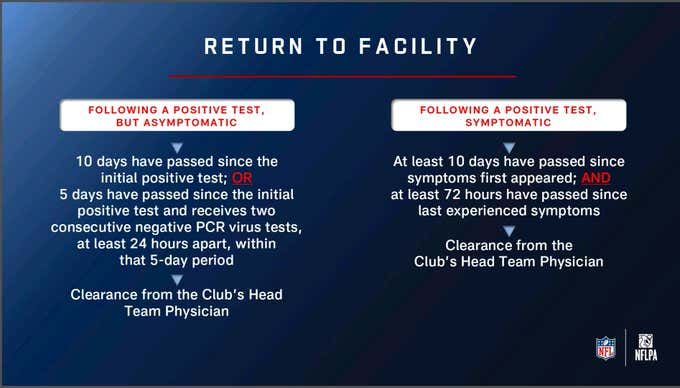 So a couple of negative tests and a doctor's note - along with monitoring the situation, obviously - and maybe the table under that Jenga tower just got a lot less wobbly.

But what do I know? I'm just a beautiful intellectual, not a scientist. Though is seems to me that when we got approval to put give or take 1,500 men on fields and told them to grab, hit, hug and share every imaginable bodily fluid on each other, we didn't expect there'd be zero positive tests. Just that there would not be an outbreak. That if someone contracted the 'Vid, they would be kept separate until they were clear and we'd make sure everyone they came in contact with was OK. That, right now, appears to be the case. And if it is, then this is a reason to be relieved. And grateful.