Almost went the whole blog before making the connection here. That this is newly released video, but of the story that Hubbs blogged in June. Glad I did, not glad that hour was spent on the fictional reason the man did what your Gen Z kid needs to have his Tik Tok account and BMW taken away to do, just mow the lawn on a weekend.

Of course, this is the man whose grand scheme was to write his name on the field, where it could live for at least a day, in elegant cursive.

What I had come up with, well I actually watched the video with this in mind and it was a tragic but compelling watch.  In my head this man was like, a local ex-landscaper whose career ended on a bad job, shorn patch smack dab in the middle of a rich customer's lawn and it's haunted him, finally he gets higher than mars and heads out to the biggest lawn he knows in the neighborhood, the major league ballpark that.. leaves all of the doors and everything to anything open and with the keys in it? And like, forbids people from being anywhere near a part of the stadium that has a camera? I don't know but he knew he would face no resistance and get his shot at personal redemption, a job that Mr Barrington III would have no choice but to grant him forgiveness.

Anyway the high part or maybe just the nerves, something gave him the jitters and he choked, made one small mistake and it cost him redemption: using the tractor instead of the mower, to use it as a snow plow of the dirt. 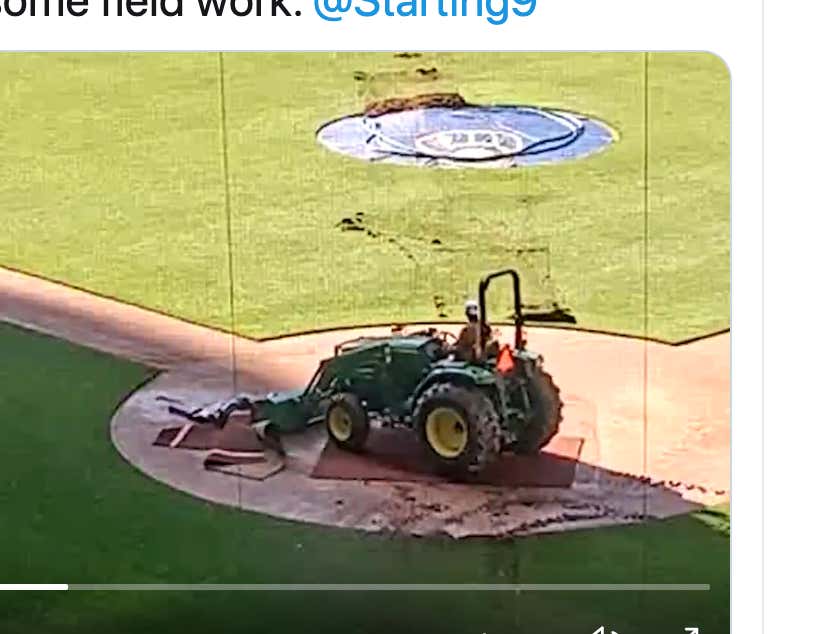 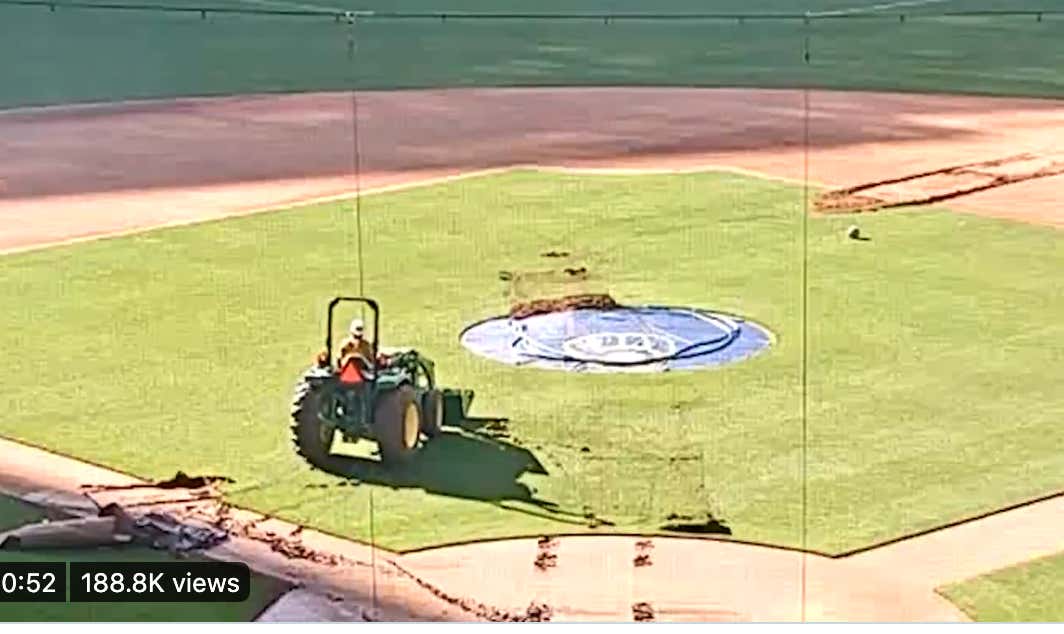 I wasn't right but for 40 minutes or so, it was true in my imagination. Which, if you live your life there, it's a lot better than the real thing sometimes. Lambert should remember that if his life of stadium tractor-mowing leads him to prison.