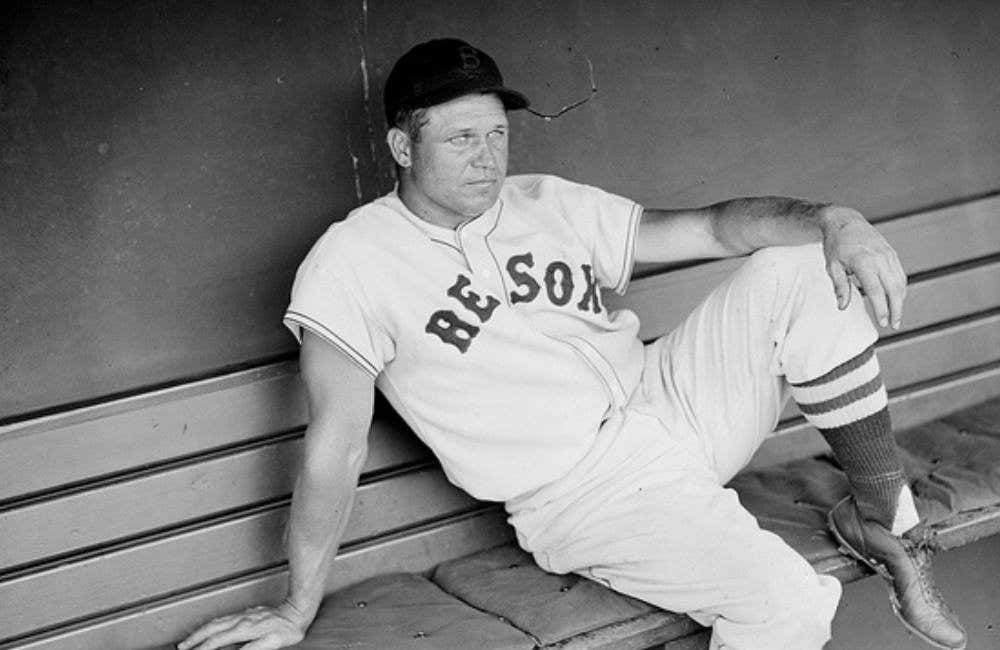 Jimmie Foxx of the Boston Red Sox becomes the second player in baseball history to hit 500 home runs. The historic home run comes against George Caster of the Philadelphia Athletics in the first game of a doubleheader won by the Red Sox 16-8. The 1940 season was the 12 consecutive season in which Foxx had at least 30 home runs. Jimmie Foxx would finish his career with 534 home runs, which ranked second to Babe Ruth for 25 years.

Jimmie Foxx was born on October 22, 1907, in Sudlersville, Maryland. His father, who was a farmer, played on a town baseball team in his spare time. A three-sport star, Jimmie Foxx, dropped out of school to play minor league baseball for a team managed by Frank “Home Run” Baker. When Foxx turned 17, he signed a contract with the Philadelphia Athletics in 1925, a team that Baker stared with a decade earlier. Jimmie Foxx played sparingly over his first three seasons but began to show signs of greatness in 1928, hitting 13 home runs with 79 RBI.

In 1929, Jimmie Foxx helped guide the Philadelphia Athletics to their first pennant in 15 years, batting .354 with 33 home runs and 118 RBI. The A’s would win three consecutive pennants with Double X in the heart of the lineup. In 1932, Jimmie Foxx made a run at Babe Ruth’s record of 60 home runs, falling two short, with 58 as he won the first of three American League MVP awards. Foxx won his second MVP in 1933, Jimmie Foxx won his second MVP while winning the Triple Crown with a .356 average, 48 home runs, and 163 RBI.

As the Philadelphia Athletics were beset by financial struggles during the great depression, Connie Mack was forced to trade Jimmie Foxx to the Boston Red Sox. Foxx won his third MVP in 1938, hitting 50 home runs with 175 RBI. Foxx was the first player to have 12 consecutive seasons with 30 or more home runs, as his 500th home run was his 36th and final of the 1940 season.

Jimmie Foxx’s production began to diminish in 1941, as some suspected his heavy drinking began to have a negative effect on his career. The Red Sox released Foxx in 1942. He was picked up by the Chicago Cubs and had just eight home runs total that season. After sitting out the 1943 season, Jimmie Foxx returned to the Cubs, but the magic power was gone as he hit no home runs. In 1945, Foxx played with the Philadelphia Phillies hitting the final seven home runs of his career.

After his career, Jimmie Foxx went into coaching and managed in the All-American Girls Professional Baseball League in 1952. The character of Jimmy Dugan, played by Tom Hanks in “A League of Their Own,” was loosely based on Jimmie Foxx. Foxx later managed the University of Miami baseball team.