In what has to be the biggest "no shit" study of all-time, Hawaii has been declared the happiest state in the Union. I wonder how much brain power it took to come to the conclusion that living in the middle of a tropical paradise would lead to optimal happiness.

WalletHub went through dozens of metrics — categories included "Emotional and Physical Well-Being", "Work Environment", and "Community and Environment" — to put together some sort of cockamamy composite score which then ranked the 50 states. I could have saved y'all a lot of trouble and just called literally anybody who's ever lived in Hawaii and asked them if they enjoyed living there more than Utah, which somehow came in a very close second. 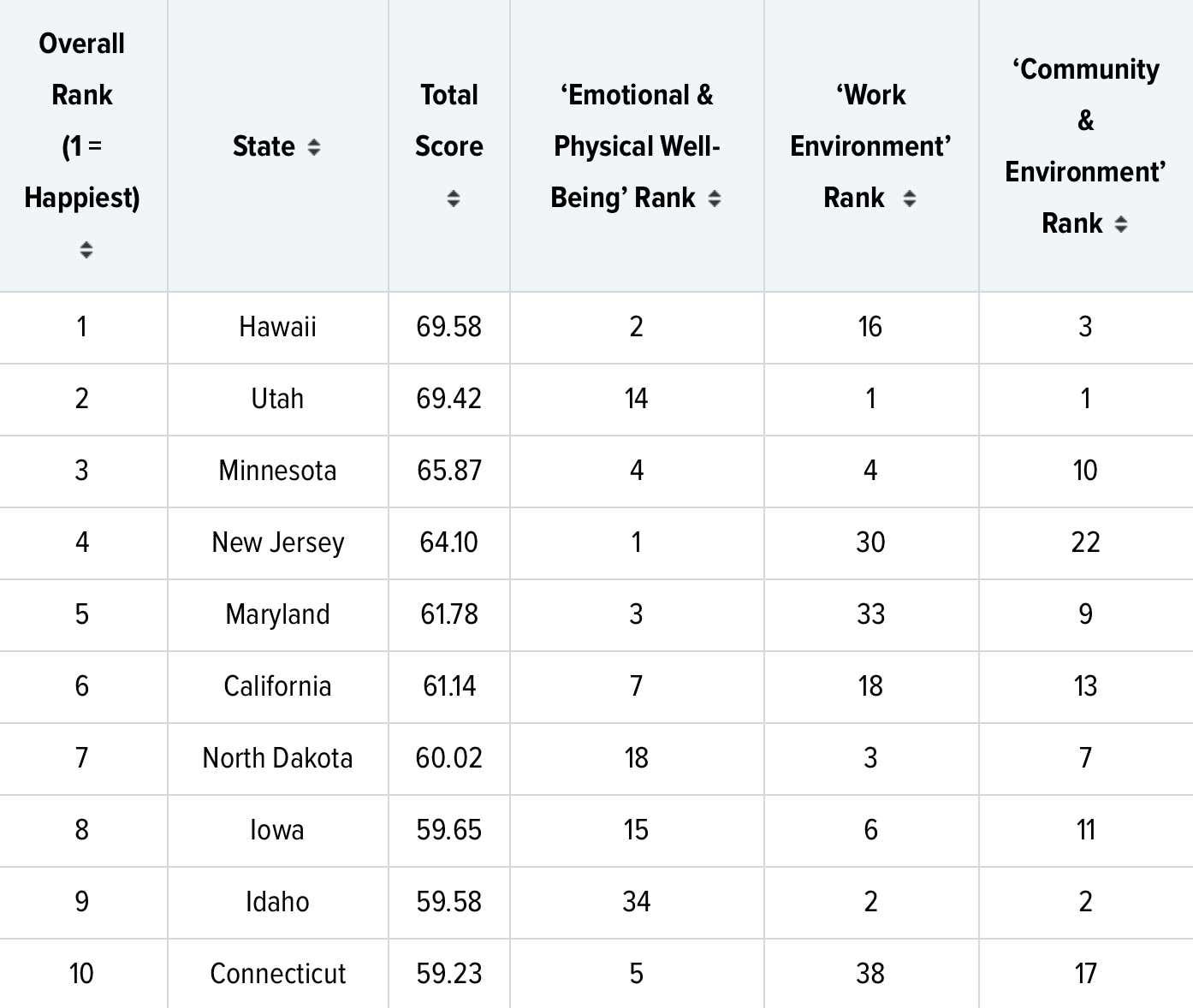 The only bad thing you could even say about Hawaii is that the people are too chill or you get too tired of surfing and hanging out at the beach. Occasionally there might be a volcanic eruption, but that is what it is. I don't give a damn what the "Community and Environment" ranking is, I feel confident that I could be happy living in Hawaii.

But the rest of this list was immediately discredited in my mind as soon as I saw New Jersey at No. 4 and New York at No. 17. Those are easily two bottom-five states. Everybody loves to shit on the South because we don't perform well in all your fancy "happiness indicators" or whatever, but I guarantee you everyone living in Nashville is a hell of a lot happier than anyone living in Jersey City right now.

I am officially declaring this study a fraud based on no evidence whatsoever and simply my opinion that it sucks.