On today's episode we threw some beefy bois on the pit and ended up with brisket on a stick. Beef ribs are always going to be an elite bite of barbecue so if you ever have a special occasion where you want to wow the shit out of some people, these are a great option to go with. They're definitely not a cut of beef you're going to be smoking every week since they're a little on the pricey side. But a special occasion with a small gathering? You'll be an absolute hero for coming through with some beef ribs. And the best part about them is that as far as the cook goes, it's pretty much as simple as could be.

- Rub with equal parts kosher salt and course ground pepper. Throw a little granulated garlic in there, too, if you're feeling dangerous.

- I said in the video that I was shooting to smoke these at 265-275 degrees for about 8 hours. But then I quickly realized that I wasn't going to have enough wood to keep the smoker running that hot so I had to just stick to 250 degrees and let them run for 9-9.5 hours. Took longer than I was originally expecting but worth it in the end. Just make sure you're running a clean fire and keeping as much dirty smoke off the meat as possible, especially early in the cook.

- No need to wrap or anything during the cook. Just let them go until that bark is fully set and the meat super tender to the touch. When you're feeling for tenderness you shouldn't be able to break through by just touching the meat, but if you applied just the smallest amount of pressure and actually pushed in. Usually ends up being somewhere around 195 degrees.

- Wrap in butcher paper once you pull them off, put them in a cooler, and let them rest for as long as you can. Unfortunately the extra time in the smoker meant that I didn't have as much time to rest them as I wanted to, so that's a learning lesson for me. You should always allow for a super long resting period when you're making your schedule.

In the end, you have to try aggressively to make a beef rib that truly sucks. So as long as you don't char the shit out of it or pull it off the pit at like 130 degrees thinking that you can serve it medium rare, you should be good to go. Keep it simple, and keep that smoke rolling. 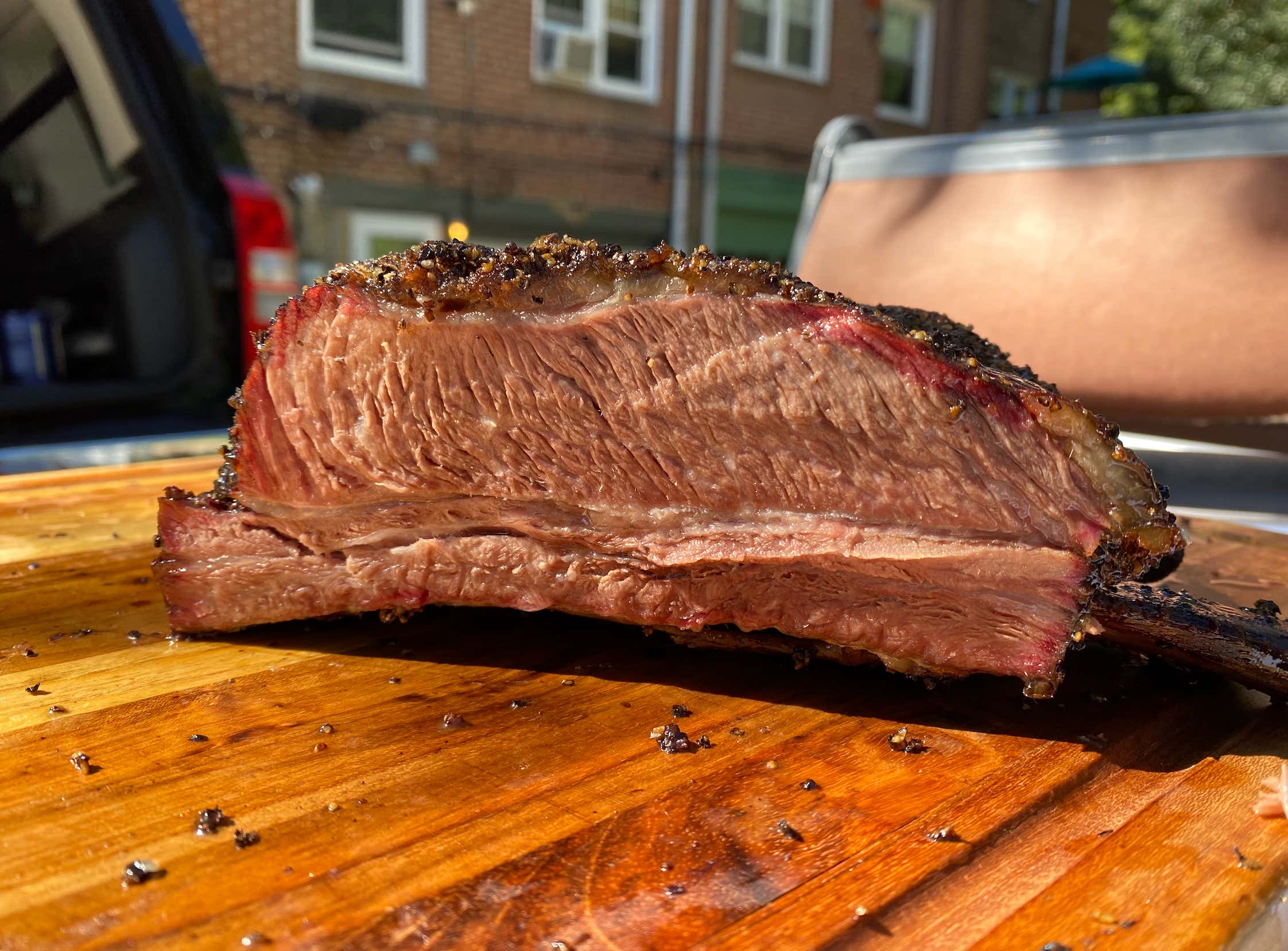