Mike Modano is an all-time beauty. Sometimes you forget just how nasty he was because of how many other legends were around in that era. But if you gave scientists a lab to create the perfect hockey player, Mike Modano would be one of the models they came up with. He had sick hands, he was fast as fuck with the jersey flapping in the wind behind him, total man rocket, sick flow, and could snipe the tits off of some of the best goalies who have ever played this game. His career completely overlapped with Roy, Brodeur and Hasek, and he's still the all-time points leader among American NHL players (Patrick Kane will takeover that spot eventually but whatever).

P.S. - Perhaps the best photo in hockey ever captured. 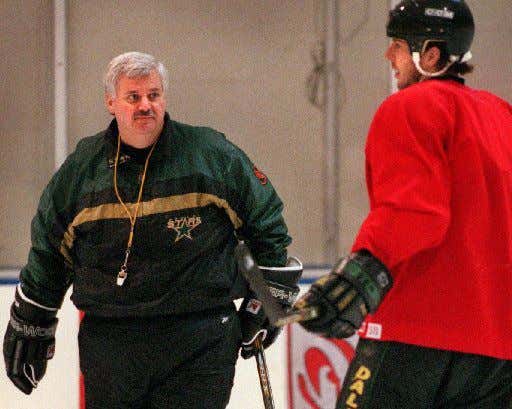