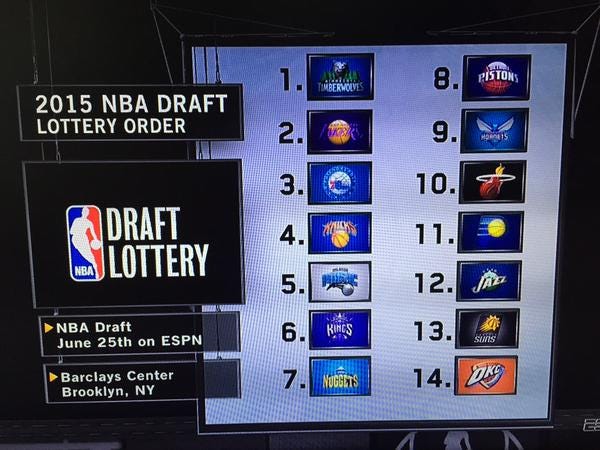 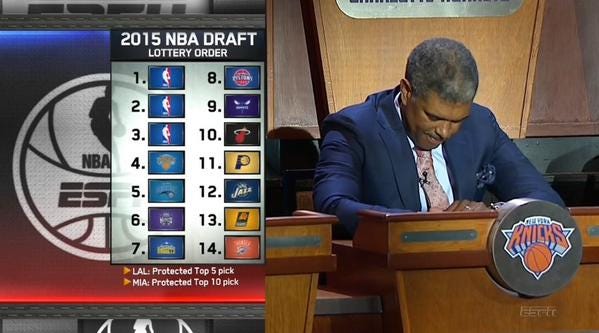 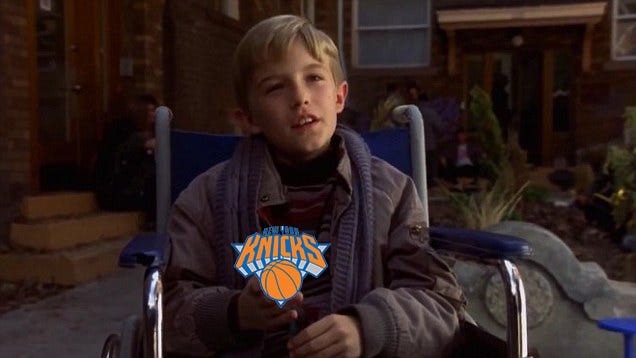 (Hit play to listen as you read)

Well that was ALMOST as bad as it could have gone.  The 5th pick was the absolute worst scenario, but this hurts basically just as much.  After months of fans debating between Karl Anthony-Towns and Jahlil Okafor, the Knicks will likely not end up with either of them (barring some sort of injury or something random).  As I said last week, the Knicks were doomed the minute they announced that Steve Mills would represent them in the lottery.  There is no way Anthony Mason’s kids or Clyde would have allowed this to happen. 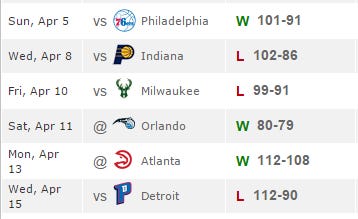 Three of the Knicks 17 wins in the 2014-15 season came in the last 10 days of their season, when there was nothing to play for other than ping pong balls.  And that includes beating the 1 seed in the East in the second-to-last game of the season.  At that point, Minnesota jumped them for worst record in the league and ended up with the first pick of the draft, while the Knicks slid to 4.  So Knicks it’s painful.

If we wanted to further oversimplify things, the Lakers stole the Knicks’ spot in the lottery.  Los Angeles moved up in the top 5 while the Knicks slid down.  And that makes me wish that Chris Childs could give Kobe Bryant another 2-piece like he did back in 2000.

The good news in all of this is that many people considered this to be a four player draft, with Towns, Okafor, Emmanuel Mudiay, and D’Angelo Russell being a cut above the rest of the field.  So the Knicks will have a chance to land one of those guys.  The bad news is they will be left with the player nobody else wanted.  And that player will probably suck.  And the players that went 1,2, and 3 will all win multiple MVPs and championships.  And Jim Dolan will continue to play his kazoo and give Isiah Thomas power at MSG.  Everything sucks.

And yes, a trade is possible.  But what in the Knicks’ history, Phil Jackson’s executive history, or Steve Mills’ GM history makes you think they will pull off a good trade?  Like I said, everything sucks.  Especially being a Knicks fan.