Is this the only round of Dancing With The Stars that I have ever watched and would I have said my favorite basketball player ever, even before he tried to pummel my least favorite human ever into the ground, absolutely crushed it? Maybe. Maybe not. Maybe fuck yourself. But a simple breakdown of Oak's performance hammers this point home like I wish he hammered James Dolan through the Garden floor that fateful February night.

Song Choice: 10. In Da Club has to be the biggest hip hop smash hit this century and hearing it play was an absolute joy.

Dancing Partner: 10. I don't know her name but anybody who can get thrown around by the hands of Charles Oakley that have put numerous men on/in the ground and live to tell the tale of it gets a dime in my book. 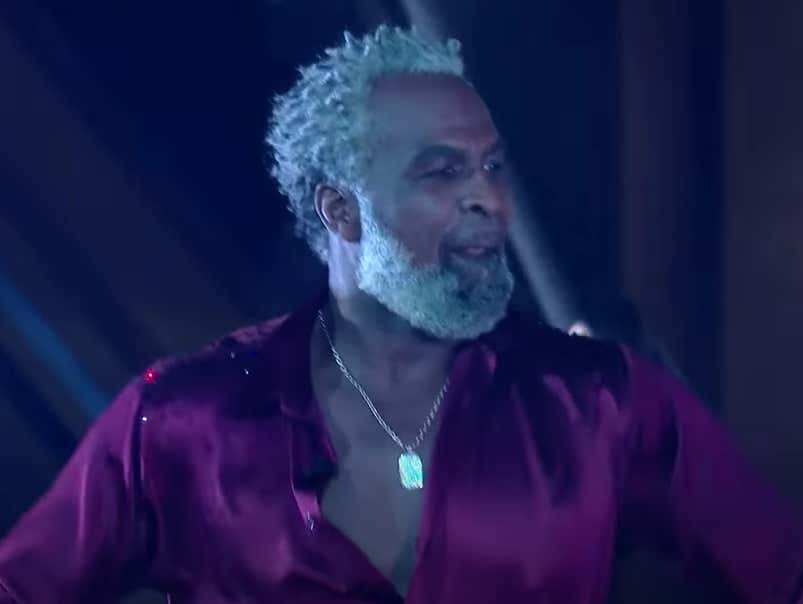 Add it all up and you get a performance that was a perfect 10. Or an A+. Or 5 Balls. Whatever the Dancing With The Stars judging scale is.

I also don't know who the judges are on the show. But I can tell you Charles Oakley is my stone cold, lead pipe, superduper lock of the century because he has the most electrifying moves I have ever seen and will do this to any judge that gives him any score in single digits.

By the way, Charles Oakley salsa'ing his dick off in front of the entire country somehow being third on my list of sports moments that occurred within a matter of hours yesterday behind Uncle Stevie buying the Mets and the Giants kicking off the Joe Judge Era is wild. Craziest sports day for Mets + Giants + Knicks gypsy fans ever.