The Sun US - Kanye West built a white wall around the Los Angeles home he shares with wife Kim Kardashian and their four children.

The 43-year-old rapper made the decision to erect the walls around the ranch house where he has also based his church, Sunday Service.

The walls surround two different buildings, with entrance to one building via a circular tunnel.

The Sun understands it is also the same site where Kanye planned to build Star Wars-inspired dome buildings as affordable housing, before he was ordered to take them down by the Los Angeles County Department of Public Works for building without permits.

Is anybody going to step in and do something here? How many more signs of distress do we need from a man before somebody intercedes? 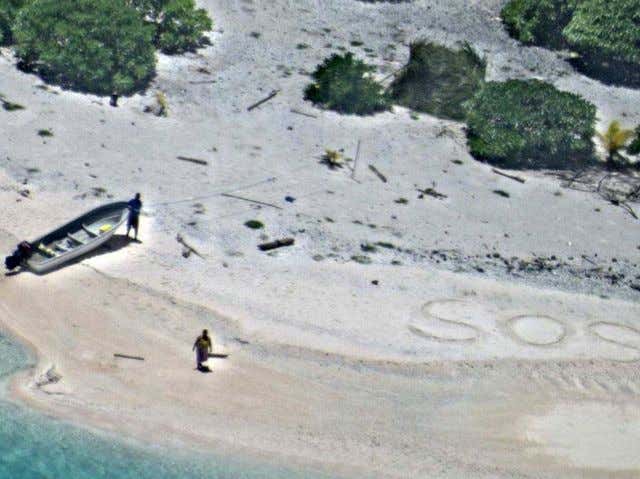 Get him the fuck away from the Kardashian's. Yesterday.

How much more proof do we need that this is basically a hostage situation at this point?

The man called his mother in law "Kris Jong Un" and said he's been trying to get a divorce forever.

Then his wife comes out and says, "he's mentally ill. Don't pay attention to his rants, we're trying to get him help."

It's like the scene in the horror movies where the victim finally gets to the phone and calls 911 and the killer wrestles the phone away from them and tells them "sorry, my kid called on accident playing a prank."

Everybody's seen this one before. 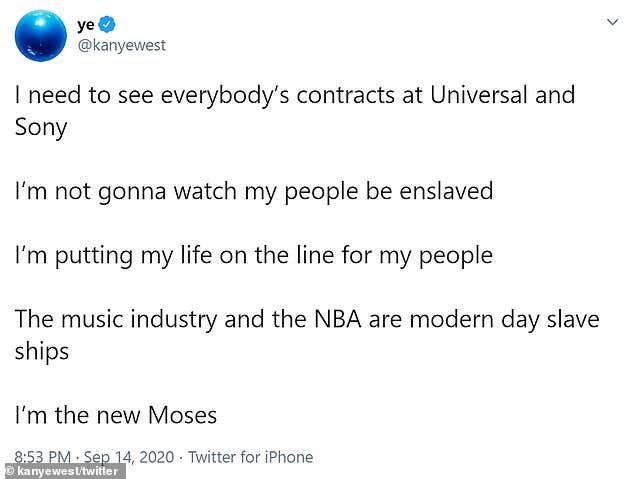 A year ago this week he settled a lawsuit with Sony, as well as Universal Music Group, Roc-A-Fella and Def Jam. He was seeking a way out of the contract he’d signed with EMI back when he was working on his 2004 debut, “The College Dropout,” citing a California labor statute that limits personal service contracts to seven years.

Dailymail - 'Vivendi family I'm in Calabassas,' he then went on to tweet. The Vivendi family are the French conglomerate that owns the Universal music that includes West's GOOD label, Roc-A-Fella and Def Jam on which his music was released.

'I need a [public] apology from J Cole and Drake to start with immediately,' he then wrote in another tweet, adding, 'I'm Nat Turner … I'm fighting for us.'

West has feuded with both J. Cole and Drake in the past, while Nat Turner is an  American slave who led a Virginia rebellion for freedom in 1831.

As the Twitter rant continued, West wrote: 'I'm the 2nd richest black man in America,' followed by 'I need all my people with me for us to get free,' however that tweet was later deleted.

'I deleted that tweet about riches… the wealth is in our love of family and our brothers and our service to God … let's rise up… let's communicate,' West explained.

I used to think West was just a marketing genius. And played his fans like fools. Maybe he still does to an extent. But I think it's clear he's mentally unhealthy and the people surrounding him (the Kardashians and hundreds of yes men) have just exacerbated it to extreme levels.

Not sure how much more south this can go before its really too late.