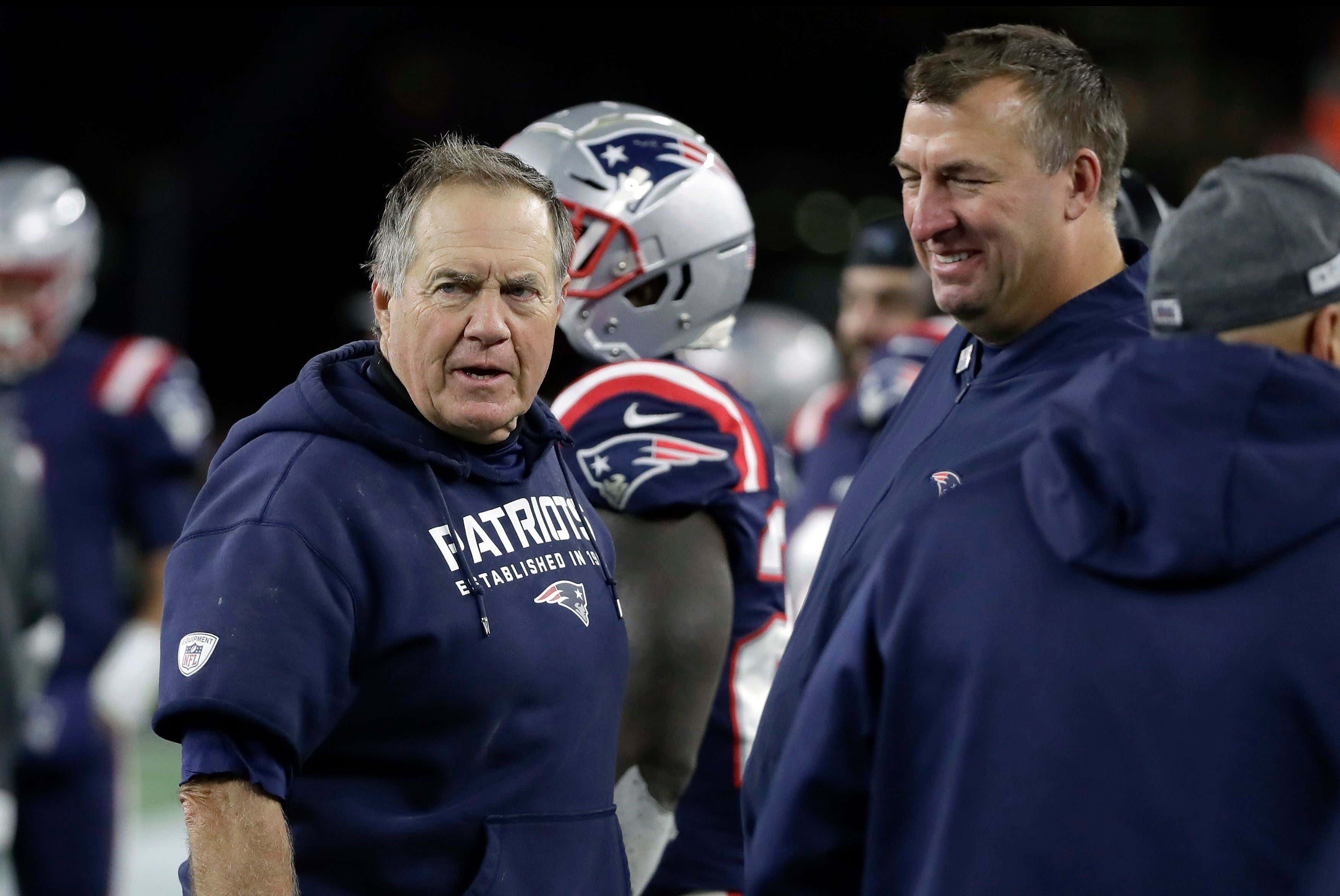 I have to admit, when Bret Bielema left New England after two seasons, it didn't move the needle at all for me. It just seemed like another example of the nomadic life of a football coach. Bill Belichick has a coaching buddy out of work, he hires him, he's there for a while. And Joe Judge hires him to move to New York along with his implausibly attractive wife to be an assistant with the Giants. 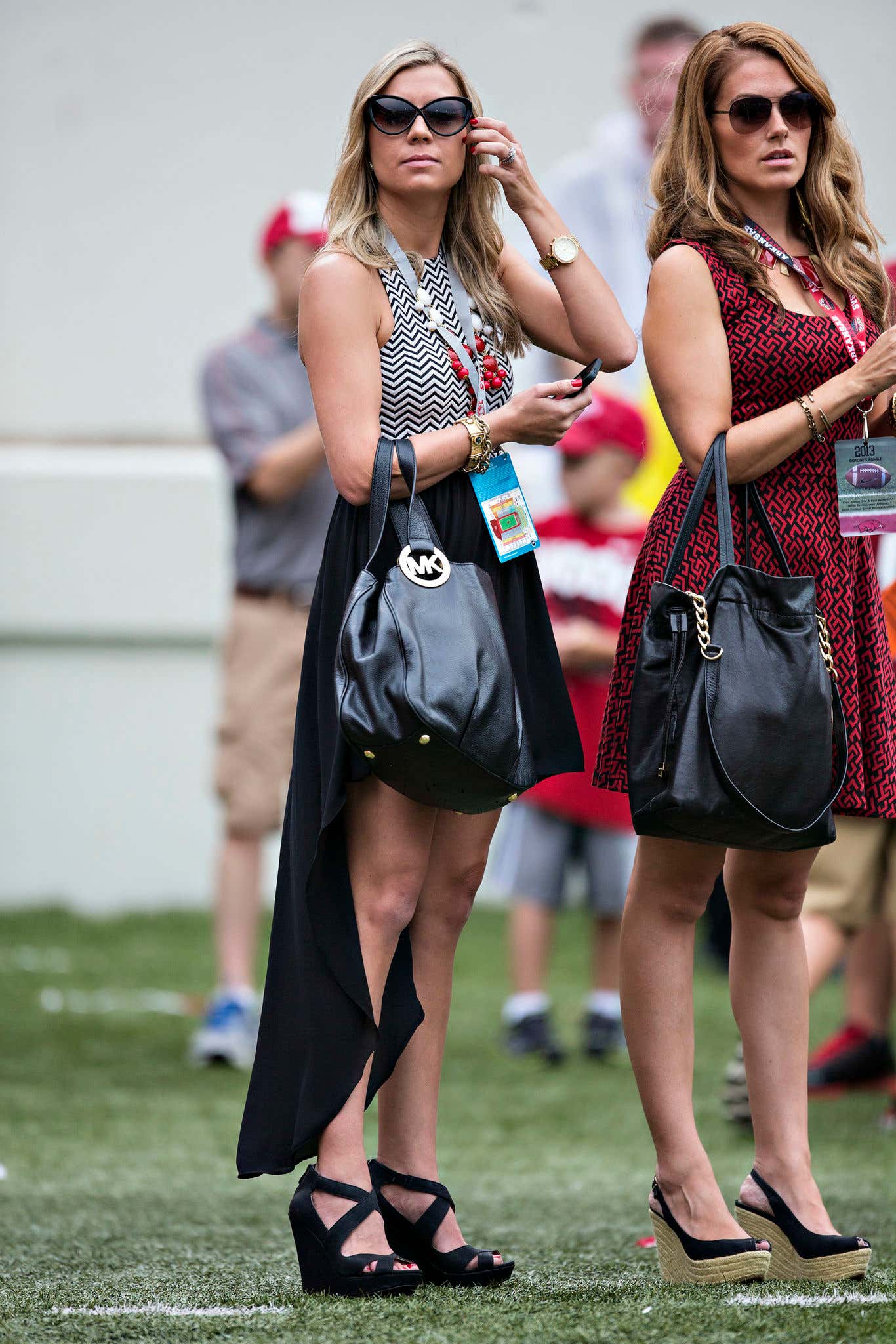 Little did I know that there was a scandal brewing. At least in the eyes of the Arkansas booster's club, the Razorback Foundation. There are lawsuits and countersuits and in the middle of it - at least off to the side of the middle of it - is Belichick and the agent he and Bielema share. From Sportico:

The foundation on Thursday countersued Bielema for fraud and added his agent, Neil Cornrich, as a defendant.

Sportico has obtained the foundation’s countersuit, which was filed in an Arkansas federal court and responds to Bielema’s $7 million lawsuit.

The foundation’s theory relates to the buyout agreement it signed after Bielema’s firing in 2017. Per the agreement, the foundation pledged to pay Bielema $12 million over the course of several years. However, due to a mitigation clause, Bielema  … had to use “best efforts” to land another job and to then negotiate a maximum salary for that new job. … Income earned by Bielema in a new job would offset the amount owed by the foundation. …

The foundation asserts that Cornrich conspired with Bielema to orchestrate a “scheme” that worked to the Patriots’ advantage. As the Foundation sees it, the Patriots hired Bielema for a salary “that was purposefully less than the trigger amount” for the offset.

In 2018, the Patriots hired Bielema first as a draft consultant for $25,000 and then as special assistant to Belichick, a position for which he earned $100,000. A year later the Patriots promoted Bielema to assistant coach and paid him an annual salary of $250,000. These salary figures, the foundation maintains, were below market.

Imagine the nerve of these people. Belichick, Bielema and their agent, I mean. Taking advantage of the people who shuffle hundreds of millions of dollars around in college sports.

College athletic boosters are among our finest and most noble citizens. Taking advantage of their kindness and generosity is completely untoward. It is not toward. Worse than a crime, it's a mortal sin and deserves to be punished. The Patriots had a moral obligation to pay Bielema more than he was willing to sign for, so the foundation could use that money for good. Like going on expensive junkets, expensing their strip club tabs and buying luxury cars for recruits' moms.

Then again, as the article goes on to say:

First, it’s unclear why Belichick and the Patriots would participate in a supposed scheme over what are comparatively small dollars. The Patriots are worth $4.97 billion and are owned by Robert Kraft, whose net worth is estimated at $6.6 billion. It seems unlikely that Bielema’s salary as a low-level coach would have meaningfully impacted the team–or, arguably, that the team would go to the trouble of manipulating Bielema’s pay so that the foundation would owe slightly more money. …

[A]s noted in previous court filings, Bielema pursued other–and higher-paying–coaching positions but struck out each time. If Cornrich, Bielema and Belichick had conspired along the lines suggested by the foundation, it wouldn’t have made much sense for Bielema to actively pursue those jobs.

Good point. RKK and Belichick have an empire to run. It's ridiculous to think they'd burn the calories necessary to even consider short changing an assistant just to commit fraud on an organization that hands out millions to football coaches. Bielema was out of work. He was willing to work for what they paid him to get back on the sidelines. It all worked out for him. This is utterly preposterous. But I'll try not to let this destroy my faith in the integrity of big time college booster clubs.

My only question is how many draft picks this will cost the Patriots.