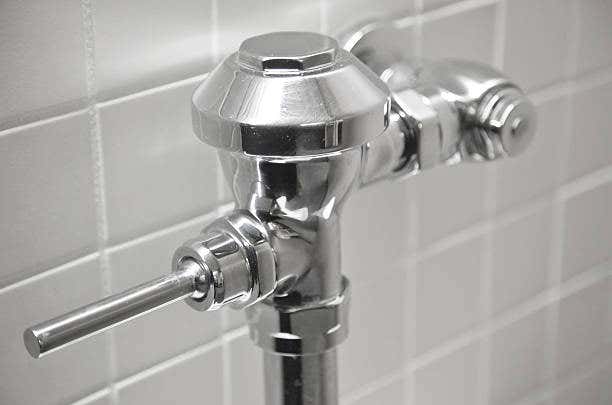 There were some hard feelings when I returned to work after my fall. Recovering from four broken ribs, a bruised lung and hip, and three fractured thoracic vertebrae was hard enough, but when the workman's comp was late and my boss's promise to help out with the finances never happened, I was put in a bad position financially. I left and went to work for another Master who claimed he did a mix of residential and commercial, just the kind of experience I wanted to add to my toolbox. It turned out he only did commercial service and cleaning grease traps and rebuilding flushometers got old fast. I left after two months and went to work for a guy who years ago stole the Gas Company contract out from under my father-in-law with a low bid. Then, a day before my father-in-law's funeral, he called my mother-in-law and after offering his condolences, he offered her cash for the business phone number. It was a classless move; my father-in-law wasn't even in the ground yet. I knew who he was and that he didn't always do things above boards, but I needed work and he paid apprentices better than anyone else at the time. I used my own truck and some of my own tools, and there was a daily rate for that. He paid minimum wage over-the-table for 40 hours and the balance of your hourly rate in cash under-the-table, including OT. I was able to catch up and pay down some debt.

One time we roughed-in a house and when we put a test on it all the PVC pipe had fine vertical cracks due to frigid temperatures and mishandling, and it wouldn't hold air. Just minutes before the Plumbing Inspector was scheduled to arrive, my boss said "Vin, get me a 3" PVC test cap, a 3" PVC coupling, and an 18" piece of 3" PVC pipe. He glued the cap on the end of the drainpipe we were testing, then glued the coupling on over the cap, then glued the 3" piece of pipe into the other end of the coupling. He stuck the test set-up with a gauge in the end and pumped it up with 5 PSI air (code) just as the inspector walked into the basement. The inspector glanced at the gauge, nodded his approval, and signed off on the rough. In reality, we only tested 18" of pipe and not the entire DWV system. After the inspector left we filled the system with air, found the leaks, and glued them until the system held. I knew the band-aid wouldn't hold up, but he was the boss and that's how he rolled… 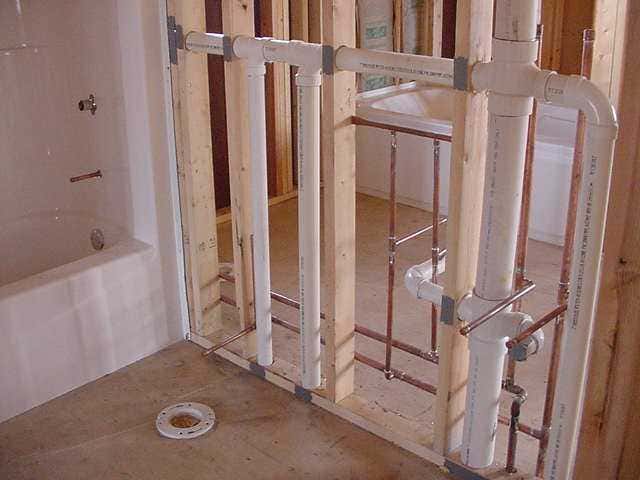 He had the Sears water heater contract in the area and I was in a house installing a 40-gallon gas water heater for him and right next to it was a boiler that was installed by another plumber, and it was fucking gorgeous! I was so impressed that I took the phone number off the boiler sticker and called that night. I told the owner of the business how impressed I was with the boiler and that I wanted to learn how to install boilers like that. I met with him the next day and I was immediately hired. 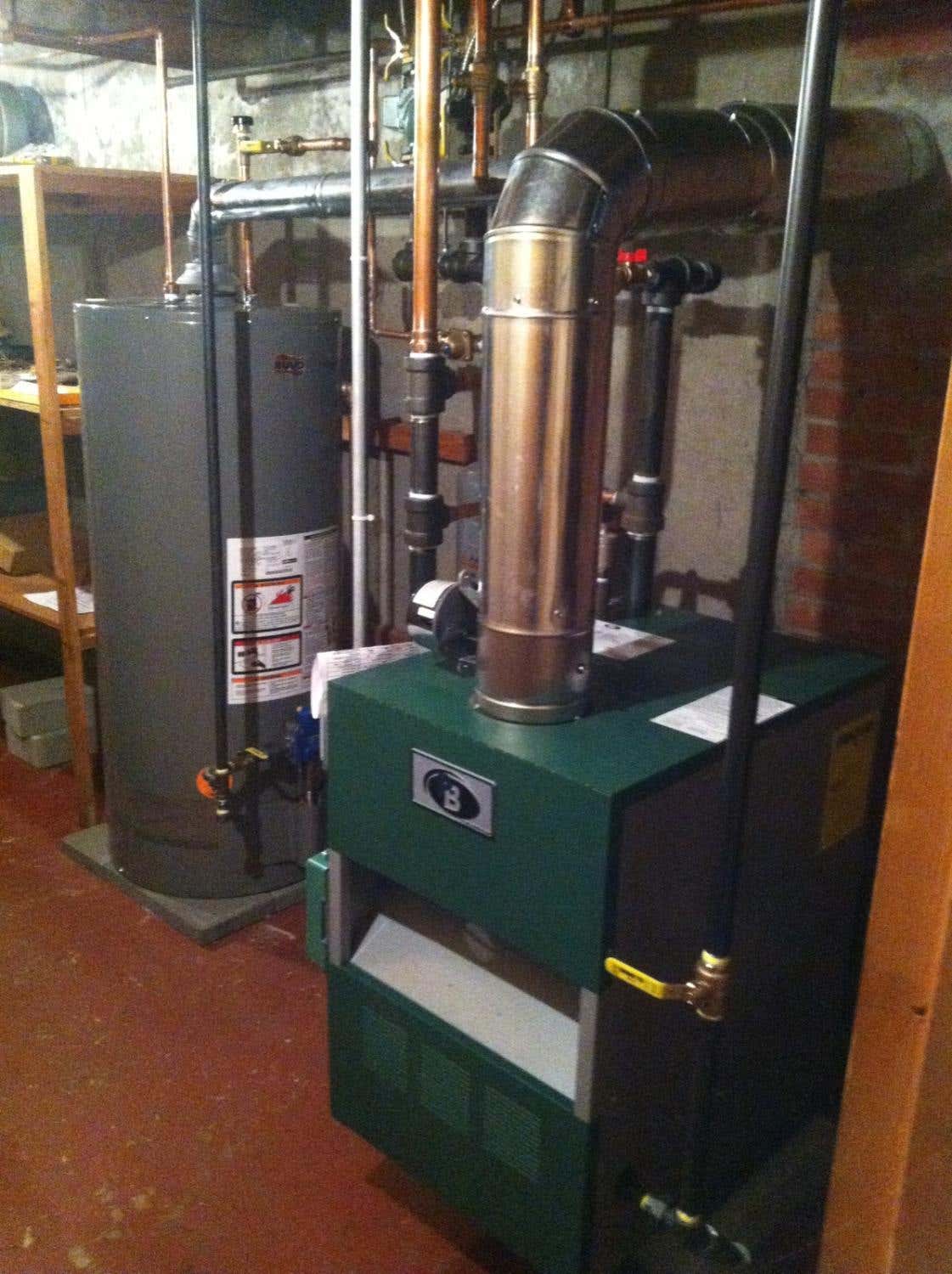 After I gave my two-weeks' notice, I started getting all the shit-jobs in the worst sections of the city. On my last day, just before leaving, I handed him my apprentice form to sign. I was getting close to taking my Journeyman's test and I had to document my work experience in order to meet the state requirements. He looked at it and said, "I can't sign this until I speak to my lawyer." I said "Oh really. So I can't give you back any of your tools or materials until you do". I  jumped in my truck, shut the door, turned the key, and just before I put it in gear he knocked on the window. I rolled it down and said "Yeah…" He said, "I'll sign it". I got out, watched him sign it, looked it over, and said "Now, that was easy wasn't it?" Then, I opened the cap, lowered the tailgate, and tossed everything that was his out onto the driveway…

My new boss was a great guy and I learned a lot, but he didn't pay well and he didn't give raises. (He was a cheap prick!) We did remodels and service, but very little new construction. After six months the low pay became a problem and I started looking. I was approached by my plumbing instructor at night school about working in a leather factory over the weekend, and he offered to pay me $300 cash, which was more than my weekly take-home at the time. Although it was a shit-show, he ended up paying me $500 cash for all the work I did. Before leaving that afternoon, Jim offered me a job, a truck, and said he'd pay for the fuel too. I got a dollar an hour bump and the promise of all the new construction I could handle. He had a signed contract for 30 houses in an upscale development, plumbing, heating, and gas, and desperately needed my help. It was a no-brainer. I gave my two weeks' notice the following day (1986). 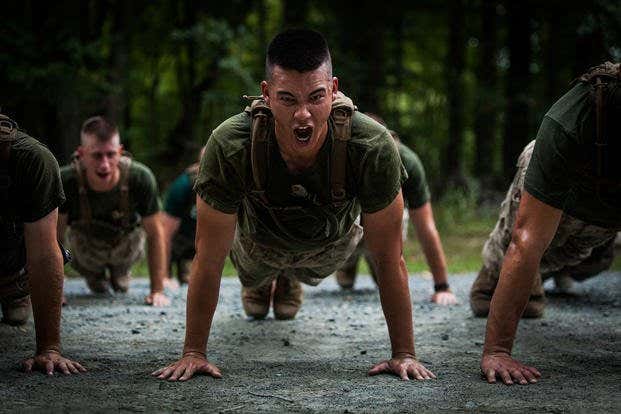 Jim and I were supposed to do all the houses together, but that never happened. I did all the work myself until I told him I needed some help in order to keep up. Jim hired a non-plumber and it helped a bit. Then I pushed a little harder and he hired a Marine who had decided to leave the armed forces for a career in the plumbing trade. Bill looked like he could do 300 pushups and on his first day he told me "I was a Sergeant and I'm used to giving orders so I may have trouble taking them…". I came back with, "Well, if you don't listen to me I'll kick your ass until you do…" He stared back and was sizing me up when I said "Just kidding. You'll be fine. Don't worry." We both laughed and then we began a great friendship. I was an usher in his wedding later that year.

Jim was slow at paying people and occasionally he sent his nine-year-old son to the door on payday to tell us he wasn't home. I'd smile and tell the kid to wake up his Daddy, that we weren't leaving until we were paid. He'd come to the door with a 'you-got-me' smile, checks in-hand. We never trusted him. 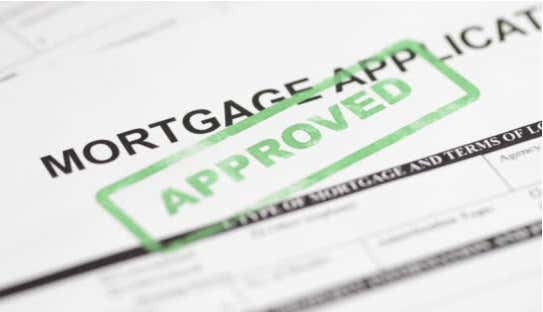 I had put an offer on a fixer-upper and Jim's name was on my mortgage application as my employer, so I couldn't leave or make waves and as a result, I put up with a lot of shit. Then, I received word from my mortgage broker that the house was ours. After my wife and I signed the papers we took possession of the house. We had close to a month left on our rental apartment, so our plan was to stay there while I painted, sanded floors, and remodeled the bathroom and kitchen. The day after we took ownership of the house we got close to two feet of snow. When I drove into work it was still coming down and when I got there the 250-foot long driveway leading to Jim's house wasn't cleared. It was no secret Jim owed the plow-guy for the last two storms and he wasn't coming back until he was paid. I pulled in and I only got halfway down the driveway when I was forced to get out. The other two guys arrived and we tried to push the truck, but the wheels just spun. Jim came out to see what was going on. I called him out for not paying the plow-guy and told him I was backing out and parking in the restaurant across the street because I had to get out on time so I could work on my house. He told me not to park across the street and to pull in. I said, "So I can get snowed-in and stuck in your driveway?" The three of us had gotten stuck in his driveway several times and had to push each other out after long, tiring days, and without Jim's help. We were all fed up with Jim's bullshit.

He raised his voice and told me to pull in the driveway. I took offense to his tone and when our eyes met I knew that was the end. "Nope. Not pulling in". He repeated, "Pull in Vin!". Right then I no longer cared and I said "Go fuck yourself!" He said "You're fired," I said, "I quit and I'm gonna kick your ass!" I started towards him and he turned and ran 20 yards across the snow-covered field next to his driveway. For a chubby guy, Jim sure could run when he had to. When I ran towards him again he turned and ran further towards the woods, another  20 yards away. By the time I was done chasing him he was standing at the edge of the woods and yelling to Bill "Drive him home!".

I drove the truck to my apartment, said goodbye to Bill, got my truck, and went to the house. I shoveled the driveway and started gutting the bathroom. My wife came over after she got out of work and asked what I was doing there so early. I said, "I told Jim to go fuck himself and I quit, well, I might've been fired ". She was upset, we just bought a house and it was not a good time to be unemployed. I told her not to worry, there was plenty of work, I'd be okay, and now I could spend full days working on the house. 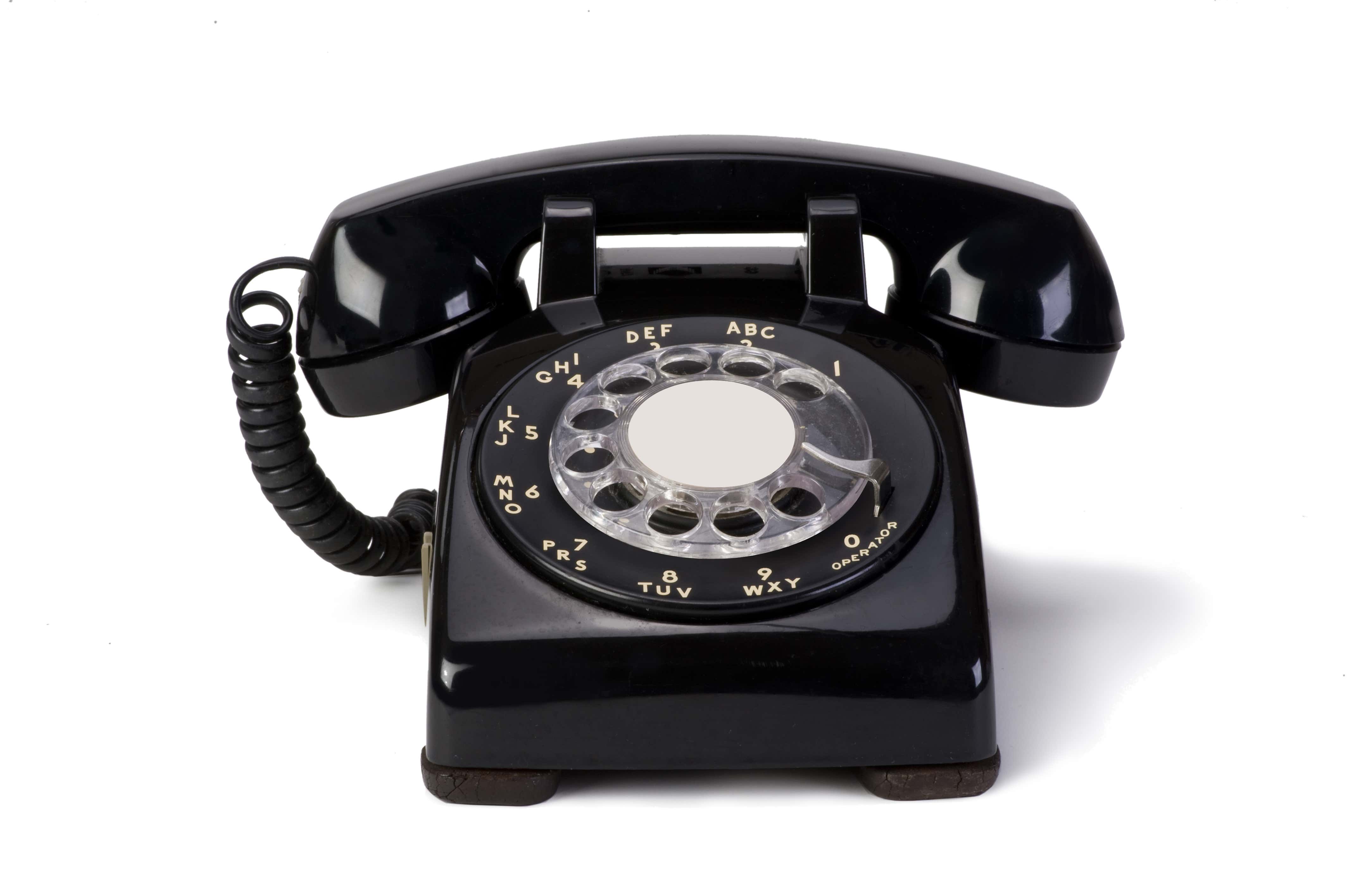 Once we had a home phone (Jan 1987), it started to ring.  A friend from high school had a house in Dighton that was ready for plumbing, heating, and oil. I agreed to meet him on Sunday for a walkthrough. I had discussed forming a partnership with a friend and I called and told him I had a new house to do and that we should start working together immediately. He was licensed.

We roughed-in the house on weekends so he could stay at his job until we had more work. While we were working there my phone began ringing off the hook. We had a ton of work. It was during the building boom and the perfect time to start a plumbing business. We worked together for six months and then went our separate ways, each of us opening our own businesses.

I worked for and with a lot of different plumbers during my apprenticeship, and in the end, I got all the training I needed to open my own business, which I owned and operated for 25 years before becoming a vocational instructor and then arriving here at Barstool.

My advice, if you're thinking about telling your boss to go fuck himself, you will most likely be fired, so it's best to have a plan ready before you do it. In most cases, saying "Go Fuck Yourself" to your boss doesn't end well, but in my case, it was the right move at the right time and I've never regretted it…