I'm so happy this series is going to game 7. Why? Because as much as they won't admit it and keep sending these sort of messages, Chris Paul and James Harden fucking hate each other. We all know how their time together in Houston ended - it wasn't exactly 'good.' Now you have Chris Paul leading a Thunder team that everyone thought was going to suck against Russ/Harden in the first round of the playoffs? Bubble be damned, you couldn't write that script.

And then we have game 6. You see everything that happened above. Russ turning the ball over, airballing midrange jumpers, basically falling apart late. Meanwhile you had Chris Paul slapping asses after hitting multiple big time threes

Oh and then mocking the Rockets

I've said it before but I fucking love Chris Paul. Sure, I can look past the nut punch to Julius Hodge. I love everything else about his game. I can watch him attack, set up teammates, everything forever. Which is why I'm even happier this is going 7. Shit, I'm rooting for the Thunder. Give me CP3 and SGA for another series. Give me a close game, game 7, Chris Paul vs Harden down the stretch.

Chris Paul will forever mock Harden and Russ and I love it.

PS: This picture is fucking hilarious 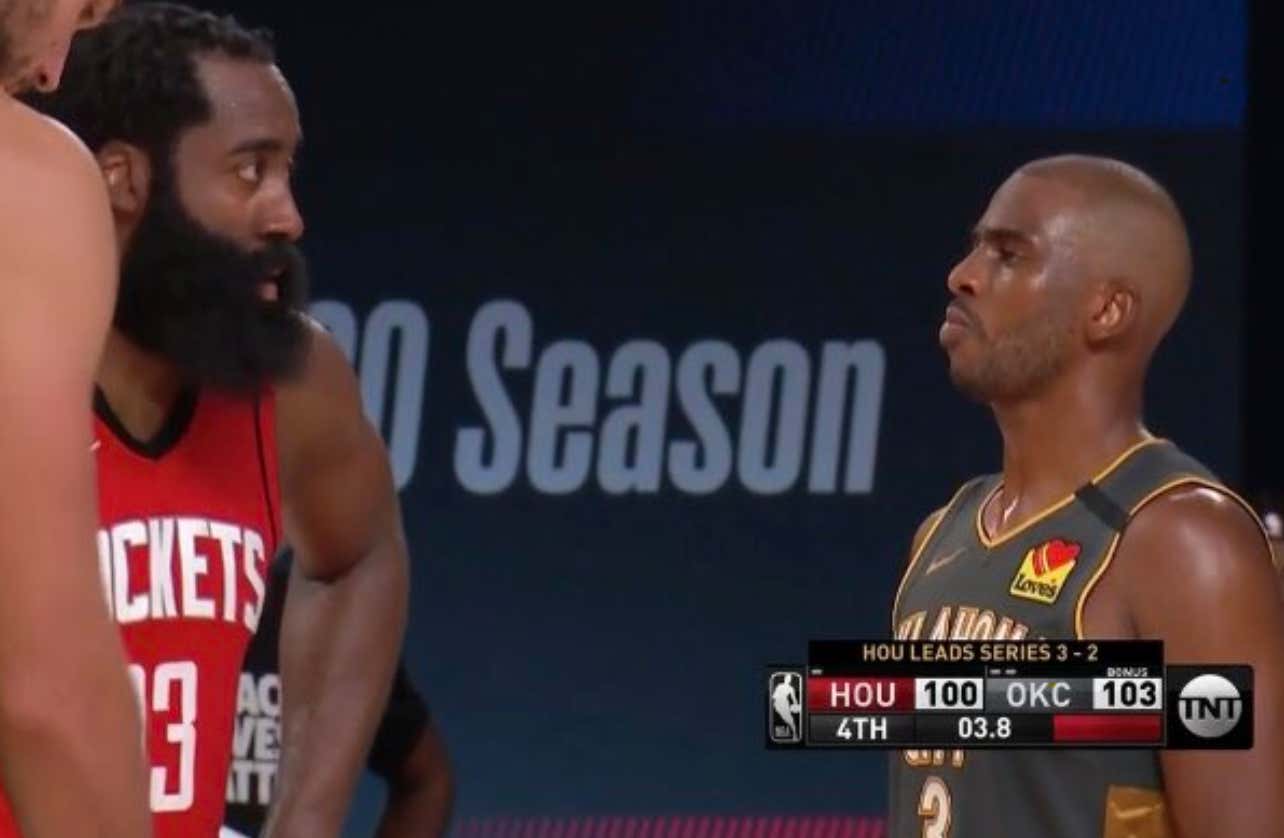 Just sums it all up.