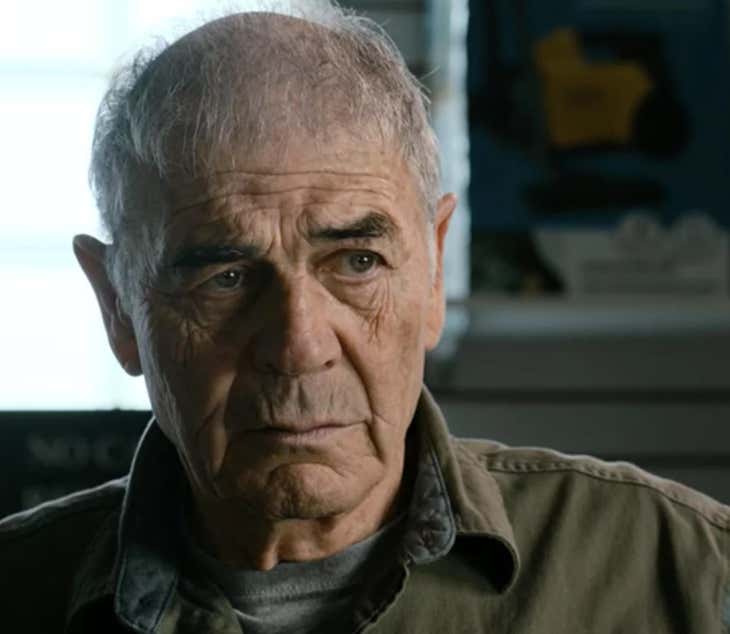 Last night I was sitting on my couch not on drugs and started thinking about the Witness Protection Program. It's a thing we all know about vaguely, but know very little about how the entire thing works. I was trying to read about it, and you can get some information, but most of it is basically what you'd expect. When you enter Witness Protection, you are given a new identity- a new name, SS number, birth certificate, the whole shebang. And I thought, sure, I get it, but there's no way that actually works anymore.

Are you really telling me that in 2020 with the internet and all of that, witness protection still works? It can't be so! I get it working in the 1970's, nobody knew anything. There was no technology. You just showed up somewhere, told someone your name, and they believed you. Shit, you've seen "Catch Me If You Can", you could get away with basically anything. So I get it, they would take your family, rename you the Johnsons or the Weinsteins, and off you went to Meridian, Idaho. You'd get a job selling fax machines and help out umpiring little league baseball on the weekends, and nobody was any the wiser you were once on trial for murder until you made a plea deal to get off.

But now? How is that possible? You can't just show up in Meridian, Idaho talking like Marty Mush and expect people not to ask questions. Imagine Marty joining Witness Protection and having to keep up with his back story and using a fake accent the rest of his life so people don't find out the truth? There's just no way it's possible. People would start Googling his new identity and find nothing from his entire life. That's just not possible anymore. Nobody is completely off the Internet unless they are in witness protection. Plus, one reverse image search and you're found out. It's very hard to wipe someone off the entire internet, I don't care if the feds are involved or not.

And shit, I don't know how anyone keeps it a secret at all. You aren't allowed to tell ANYONE. 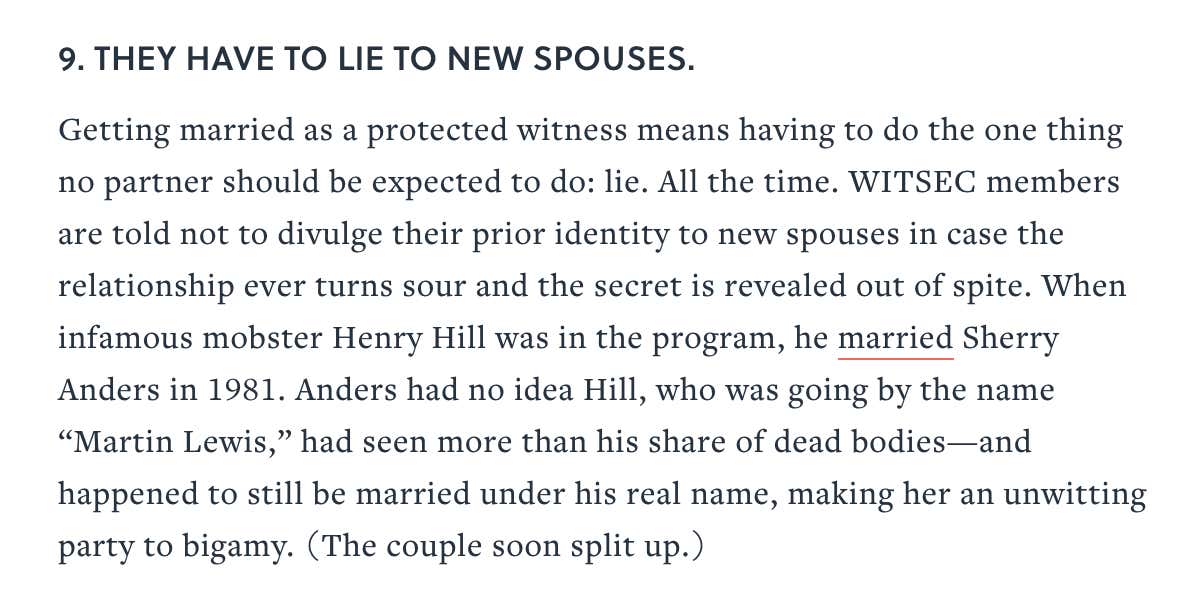 Maybe I wouldn't tell my new wife (see this story from earlier today on why) but I'm definitely telling my new best bud after I get a few pumpkin beers in me. It'd be SO HARD not to tell a single soul. I would bet a ton of these guys end up telling at least 1 person about their old life.

And what's crazy is anyone around us right now- your best friend, your barista, your MOTHER AND FATHER, could be in witness protection and you'd have no idea. Shit, who is to say I'm not and this blog is a cover? And then me suggesting that I could be is a double cover, and me suggesting it's a double cover is a triple cover? There's no way of anyone knowing, boom, quadruple cover.

The only plausible way I think Witness Protection could work is if you go Breaking Bad style, cabin in the woods, by yourself. Gotta leave everyone behind. Imagine if Walt brought Walt Jr with him? He'd end up murdering that kid within a week. Or if Walt Jr was put into regular witness protection? His narc ass would spill the beans so quickly, "m…my…my dad is a meth dealer". Yeah, he made you a billion dollars, show some respect, freakin' ungrateful ass Walt Jr.

If you're in witness protection and want to talk to someone about it, hit me up. I just have so many questions. I wonder how many of us, reading this right now, have met someone in WP and have no idea. Probably not a crazy high % because what you start realizing is there are SO MANY PEOPLE and SO MANY SMALL TOWNS that it's sort of easy to hide and live the rest of your life unknown. I think about that a lot when I'm flying- how is there so much land and so many towns and so many people down there? It all blows my mind.

Much like Bezos eating humans, there's so much going on we aren't aware of. Maybe I'll never know the answers to all these questions. Or maybe some of us are simply hiding in plain sight. Hmmm.