It all started with this video: 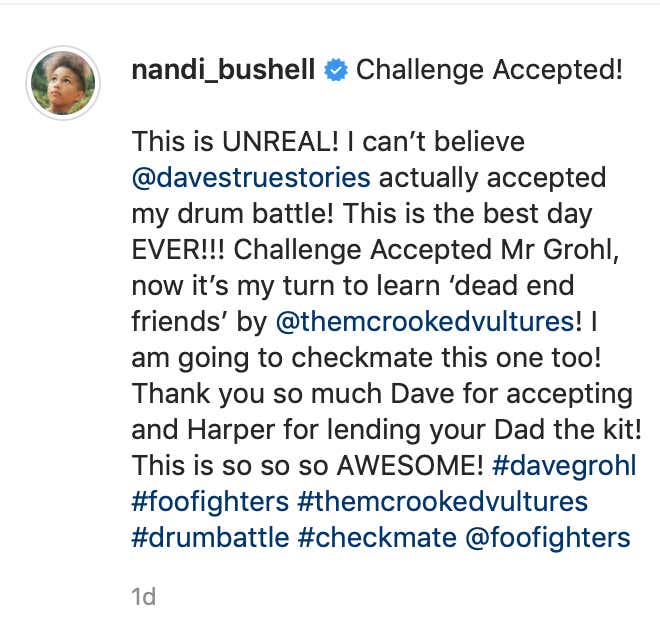 What an awesome fucking dude. I've said it like a billion times, Dave Grohl is on my Mt. Rushmore of "people I'd like to get fucked up with". He just seems like such a genuinely good dude in every single way and someone that would have stories for DAYS. Like imagine sitting in a bar with him, throwing back a few great tasting, less filling Miller Lites and lobbing him questions about everything? Can ask him what it's like yucking it up with Led Zeppelin and Nirvana, road tail, sports, or anything else. That's a bucket list check for me more than just about anything on earth.

A few years back Grohl responded to this video of like a million people playing 'Learn to Fly' by Foo Fighters in some French field too:

This was their way of asking the Foo Fighters to come play for them. He did. The band just packed up and played in some random French field after this video.

And as far as Nandi? Yeah she's gonna be a superstar in whatever she chooses to do… this little kid can SLAY on just about any instrument she picks up. I would love to have just a fraction of the talent she does at literally anything at all. Child prodigy like you read about. Just check out these clips of her:

Oh and here she is with Tom Morello

Girl's going to be a star herself one day. Pretty fucking cool!