I've been spending the past year beating the drum for boogie boarding being accepted into the world of extreme sports. 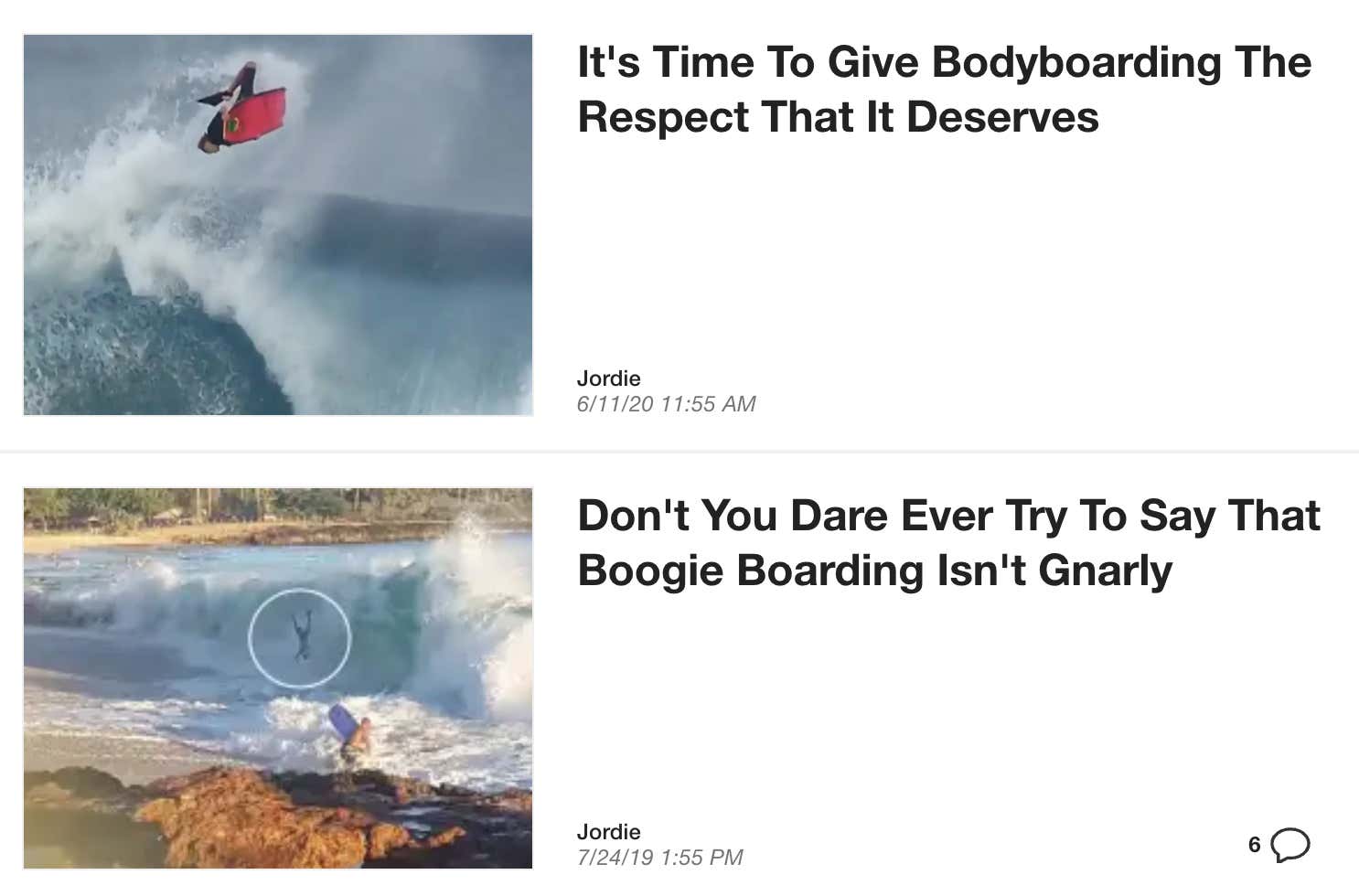 I will continue to stand by my claim that Rocket Power absolutely destroyed any chance that bodyboarding ever had of taking off. Everybody wanted to be Otto. Nobody wanted to be Squid. So when Otto is out there ripping it up on a surfboard and Squid is just there on the shoobie sponge, what did you think was going to happen? Boogie boarding became demonized. It became social suicide to get out in the water on a sponge.

But now that Mr. Baklava is out there shredding those tasty waves on a boogie? Ohhhhhhh baby, boogie boarding has never been more back. Did you see how pitted he got out there? F*ck, That's Gnarly. Kelly Slater? More like Kelly Plater because big boy was eating out there.

P.S. - I need a music video for Mr. 2 Face where it's just a bunch of clips of Action ripping up these waves. Perfect song for that.