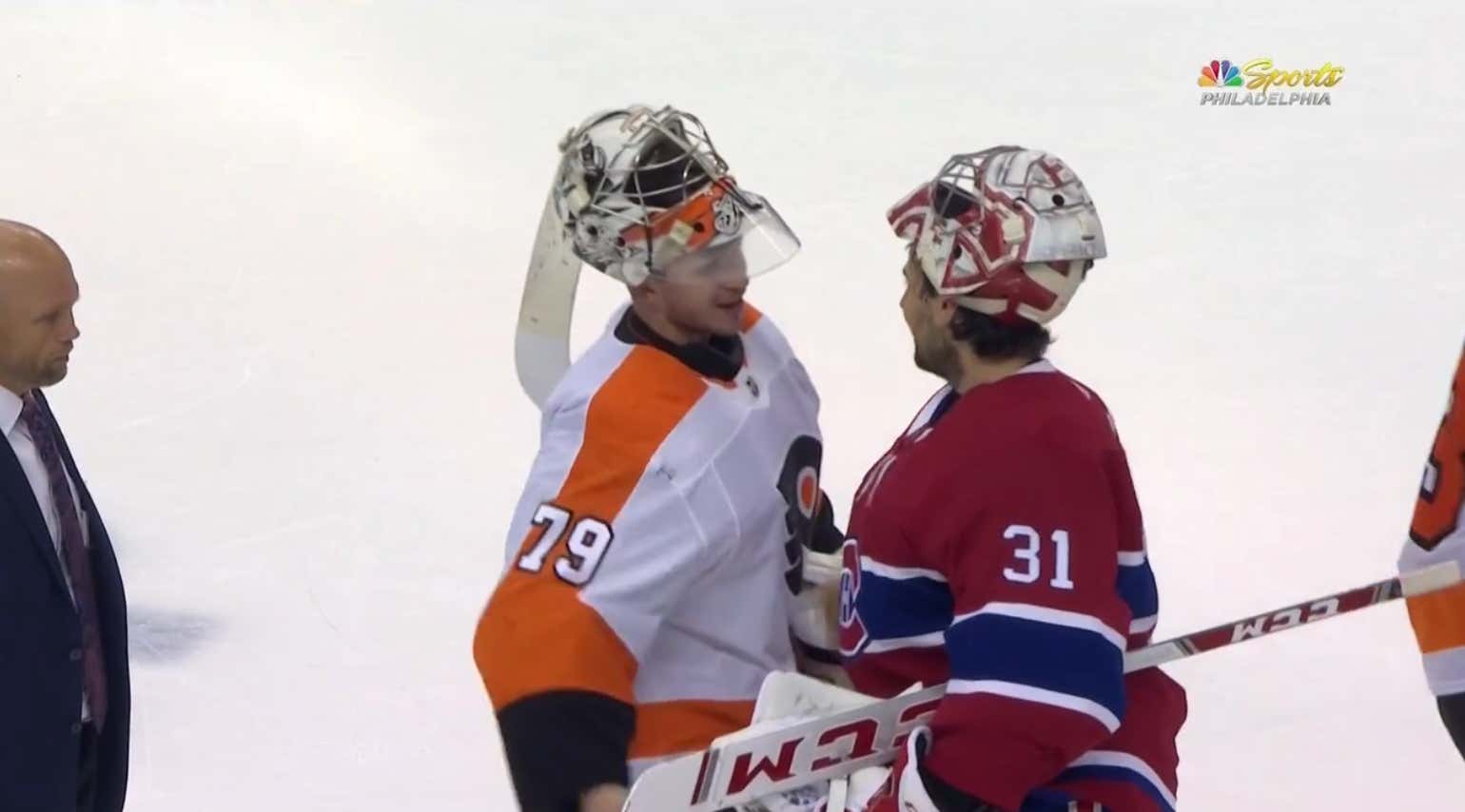 Listen. I know this is cliche and I hate to start a blog this way. But….

Holy shit, boys. For the first time in my tenure here at Barstool Sports [dot] com, the Philadelphia Flyers men's professional ice hockey team has won a playoff series. First started writing some dumb shit on this website back in the summer of '14. Do you know how long I've waited for this moment? If you know basic addition and subtraction, you'll know that it's been 6 long ass years. I was almost certain that I was going to get fired before the Flyers won a playoff series again. But then here comes Carter Hart. This beautiful, majestical little baby hockey Jesus who was put on this Earth for one thing only--to lead the Philadelphia Flyers to the promised land. It may have been a rocky road to get there. None of these games were pretty by any stretch. But the fellas got it done and that's all that matters. 4 wins down, 12 to go.

And now the Flyers have the rest of the league exactly where they want them. Everybody is down on the Flyers right now. Everybody is looking at how difficult that series was against Montreal and they're thinking that it was the Flyers playing piss poor. These idiots didn't watch the series. These idiots didn't watch the Flyers in the regular season and see the difference between then and now. All the credit in the world goes to Montreal for that absolute bat shit style of hockey they play. But that wasn't the Flyers team that we'll see throughout the rest of the playoffs. What we'll see is way more of this in the next few rounds.

Hard Dick Hockey by Michael Raffl on that backcheck. Puck gets loose to Sanheim who immediately turns up ice and snaps off a pass to start the rush. Then Sanheim joins the rush and gets a beautiful drop pass from Voracek right on the tape. Then Sanheim rifles this one off the pipe, it bounces off of Price's back and into the back of the net. That right there is Flyers hockey. They outwork you and then it turns into out-skilling you. I know that the Islanders pride themselves on being a great checking team. I know that that they play a very similar game to the Flyers. But the difference is that they play a game that is similar to the Flyers, while the Flyers play a game that is better than the Islanders.

It's going to be a tough, grind-it-out series. No doubt about that. It's not going to be pretty again. But the Flyers are deeper. The Flyers are better defensively. And the Flyers have the edge in goaltending. It'll be a battle but it's only a matter of time before guys like Giroux and Konecny and Hayes get themselves going. And unfortunately for the Isles, the time is almost up on that.

Fuckin' right, boys. Effin' A. I'll probaby have more tomorrow but for right now, I have a few more celebratory cold ones to guzzle down. I love this team and I love Carter Hart so much.

I want to take hiim out to a nice seafood dinner, maybe grab some ice cream afterwards, make sure he gets into his apartment safely when I drop him off, and then call him later that night to tell him that I had a really great time and hope we can do it again. That's how much I love him.

12 more greasy ones. FEEL THE SHAKE ON REPEAT ALL WEEKEND.