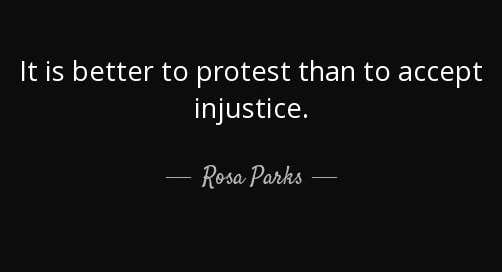 Sure, signing a petition is a giant step towards bring back Big Ten football this season. A retweet is even better. But the players and parents and public can whine and moan all they want from behind their keyboard, Kevin Warren can just disconnect his wifi and avoid the problem. But what if the problem shows up on his front lawn?

NO JUSTICE, NO PEACE!

Randy Wade, father of Ohio State star cornerback Shaun Wade, is taking action by flying from Orlando to Chicago on Friday and demanding some answers.

"I thought about it, you have to make people uncomfortable for them to come out of their shells and feel forced to say something," he said. "So I'm like, you know what, maybe we can get some people to just go up there and just make him a little uncomfortable so he can speak out and say something."

I love everything about this. Go to conference headquarters and demand to speak to the commissioner. What could possibly go wrong? 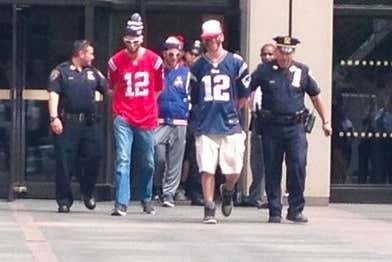 Anyways, for any of you Big Ten parents out there in Chicago or across the country, if you're looking for further details, there are none.

"I couldn't wait to get everything organized first," Wade said of his haste, "but by me just jumping out there and saying I bought my plane ticket, I'm hoping some other parents will buy their plane ticket or drive out there and let's get out there the first thing in the morning when the sunlight comes up"

Uhh this seems like it could a "We're going streaking!!!!!! Who's with me? (looks behind, no one)" situation.

But listen, I hope the entire Ohio State, Penn State, Michigan, Iowa, and Nebraska parent group purchases a plane ticket on a whim and shows up Friday. And if White Sox Dave cares even one iota about Northwestern football he'll be out there with Randy, too. I mean, do they really think the petition is enough? Tell em, Randy!

**Bloggers Note: Randy Wade's son, Shaun, gave up likely a million dollars and decided to return to Ohio State this season in hopes of improving his draft stock. I wonder if this factors into Randy being upset?