And people want to go around saying that cornhole players aren't athletes. Are you people serious right now? Not only did Cody Henderson just completely destroy one of the baddest dudes on the planet, but he gave him a 15-point head start. The match opens up with Masvidal already up 15-0 and Henderson only has 5 rounds to make up the difference. But guess what? That sick bastard didn't need 5 rounds. All he needed was a quick 3 to drop a 21-piece right in Masvidal's face. Put him to sleep with the empty board airmail and that was all she wrote. The only thing left for Masvidal to do was to start crying about PEDs.

Now I will say that if there's one area of this match that Masvidal clearly had the advantage in, it was attire. I've never been a huge fan of the bowling shirts that they have cornhole players wear on the tour. I know it's typically a summer sport so the short sleeves and shorts are pretty much a necessity. But after watching Masvidal toss some bags in a track suit, I think that needs to be the official look going forward. And speaking of official looks... 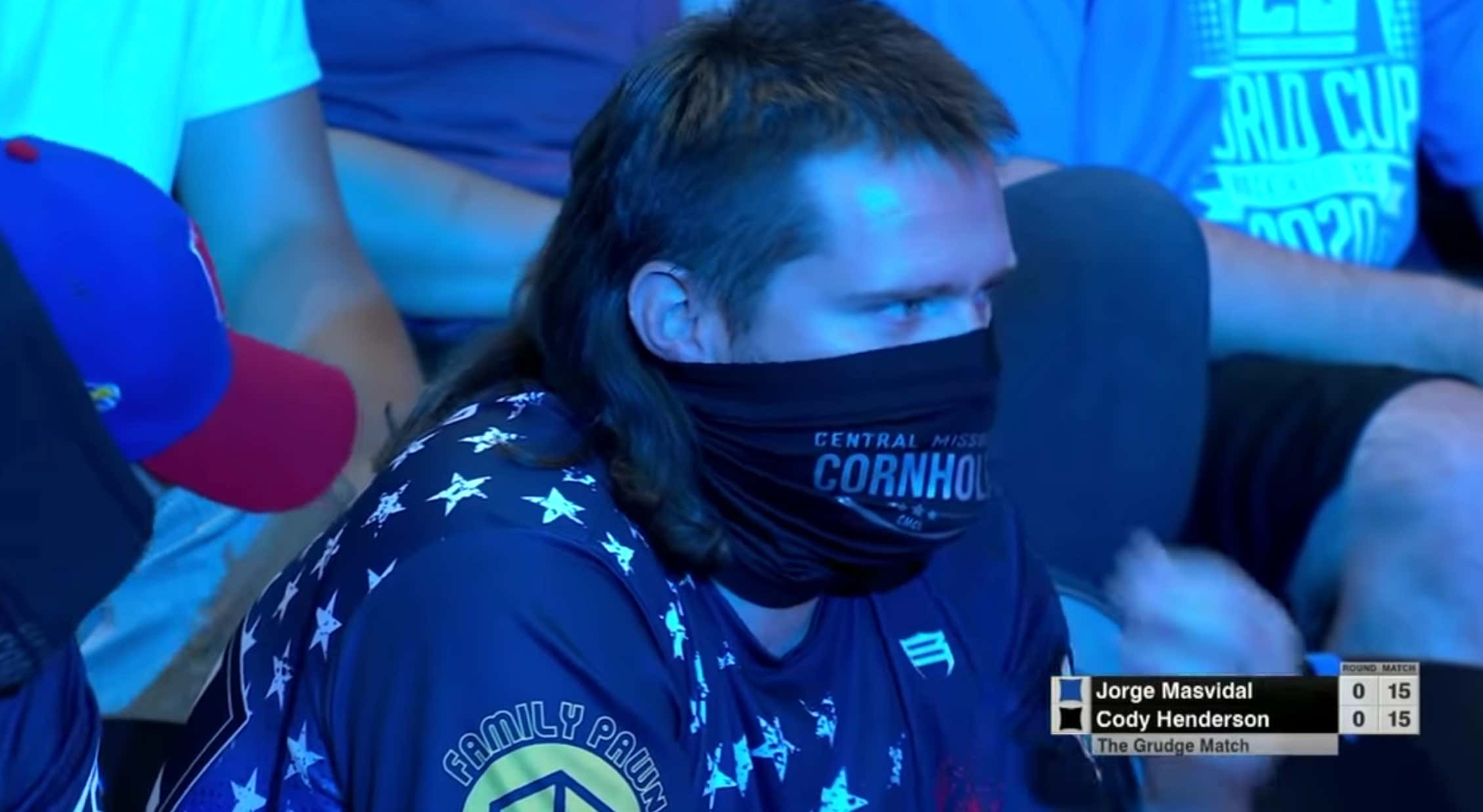 This mullet is immaculate. If there was ever a poster boy for Central Missouri Cornhole, this is your man. This is your legend. Stallion alert.