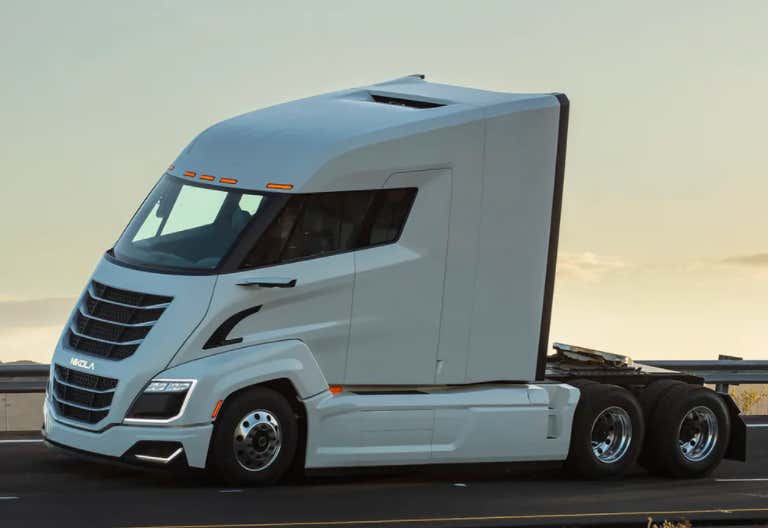 CNBC - Nikola’s entire second quarter revenue of $36,000 was related to solar installations for Executive Chairman Trevor Milton, according to a filing with the Securities and Exchange Commission.

“During the three months ended June 30, 2020 and 2019 the Company recorded solar revenues of $0.03 million and $0.04 million, respectively, for the provision of solar installation services to the Executive Chairman, which are billed on time and materials basis,” the company’s 10-Q said.

Nikola has attracted significant investor interest since its debut even though the company has not yet started to sell vehicles and generate regular revenue. After opening at $37.55 on June 4, the stock climbed to an all-time intraday high of $93.99 on June 9. But since then the stock has moved steadily declined and closed 9.8% lower on Wednesday at $35.03.

When Dave says "stocks only go up", this is what he's talking about. The stock market makes no sense. Wall Street does not care if your company makes money or not, as long as it's some cool tech stock they can get behind. NKLA is one such stock. The idea of Nikola is to be the "Tesla of trucks". Electric trucks that will save trucking companies a ton of money in the long run. Smart, sure. The thing is though, they've created nothing. Their entire revenue last quarter was $36,000...from installing solar panels onto an executive's house. $36,000! But does that matter? Hell fucking no.

At one point the company’s market valuation topped that of Ford’s, despite the fact that Nikola has yet to produce a single vehicle for sale.

As of Wednesday’s close, the company is valued at $13.28 billion, according to data from FactSet

Meanwhile on the other hand there are companies like STNG, a tanker company. They hold all the oil for the oil companies. At their last earnings meeting the CEO was like "we literally cannot be making more money. We can charge these oil companies anything we want because they have so much oil we need to hold. I have never been more rich!". And then all the stock does is go down. They need to rebrand as a hip new techy way of being a tanker and then Wall Street will lose their pants over them.

If you've followed me for the last 5 years or so you'd know this stuff fascinates me to no end. I don't daytrade like ol' Portnoy, but I have a solid lil' portfolio that should hopefully help put my kids through college one day. Shout out to getting into Apple originally at 92. I've bought Apple 4 different times and am up 203% total on it. So Forrest Gump is now a multi-billionaire. Greatest company in the world. 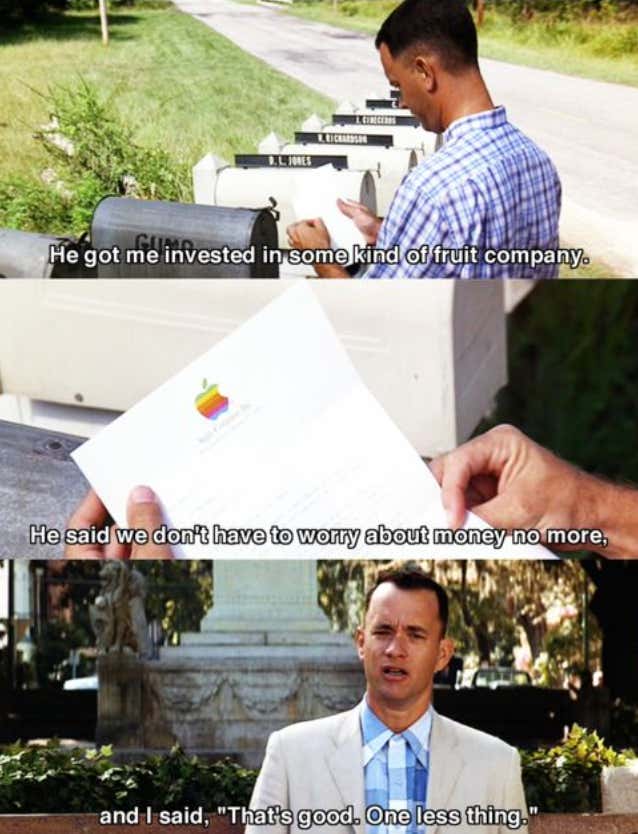 On the newest episode of Cracking Aces we talk some stocks, some crypto (Jake put $14k into an alt shitcoin that is now worth $180, whoops!), Dave wanting to get into the Bitcoin game, and then have an awesome interview/conversation with Brad Owen for over an hour. He's down in Mexico bracelet hunting online so we checking in with him.

Definitely a great episode to check out, you can catch it on iTunes or Spotify.