We're about clicks here and that headline needed to grab attention so as to stand out from the other 15 Tom Brady blogs today.)

Sweet Carole from Lackawanna kicked it last week and with her dying wish, her family wanted it known to the world (Buffalo metro area) that she fuckin hated Tom Brady.

Yahoo - In a recent death notice in the Buffalo News, the family of the late Carole Scarsella, from the Buffalo suburb of Lackawanna, listed five things that they believed defined her life:

Back to No. 4 for a moment. If this isn’t the quintessential bullet point for a Buffalo-area death notice, we don’t know what is.

In fact, the family reserves the use of the all-caps function until that note, so as to set it apart. As in, “She HATED Tom Brady.” That about spells it out.

(sidebar - why are all Buffalonians(?) Yankees fans? Buffalo might as well be on Jupiter. Not even close to NYC. Jays, Tigers, Indians all closer teams to Buffalo than the Yankees.)

Now, it might come as news to some, but it's not normal behavior for me to talk shit to old ladies. I don't shit talk dead ones either. My mom taught me to respect my elders, not to kick people while they're down, and not to say anything if I don't have anything nice to say. All three apply here but Carole here crossed the line.

You want your family to brag to the world that you smoked a MILLION cigarettes? That's a badge of honor in Buffalo. It ranks right up there with punching cab drivers, and eating stingers at 4am while standing in some crying girls pile of puke outside Jim's. So good for you. You want to be remembered for Stephen King books, playing the slots at Turningstone or Seneca Casino, (and facebook games?) Fine by me.

But you wanna rank hating Thomas Edward right after those and BEFORE being involved in your children's lives then no disrespect, but I'm going to have to remind your family that he owned you, owns them, and always will own you all.

Tom Brady has a 30-3 record against the Buffalo Bills. His 30 victories are the most by a quarterback against a single opponent. He has 15 wins at New Era Field, more than any other quarterback — including those who actually played for Buffalo — since 2001.

And while we're at it, all the rest of you that have been loudly and silently rooting for this man to fail for 19 years, kindly suck it.

Not happening, and if it does, it took you two decades of waiting so jokes on you.

But here's a question for you all. You've spent two decades awaiting this dynasty's demise. Rooting for their downfall. Praying to the old gods and the new for career-ending injuries, witch hunts, and anything else that could potentially derail them. What are you going to do now that this man is no longer a Patriot, the dreaded evil empire looks to be no more, and you will soon have nobody left to hate?

Have you seen how dull the NBA and baseball have become with no team for everybody to collectively despise and root against? The Yankees are finally good again but for the most part, as much as I hate to say it, seem like a good group of guys (Aaron Judge is the man), the Lakers have been irrelevant for a while until this year, the Warriors have just recently become loathsome as that rare combo of sore winner and sore loser but still aren't detestable enough for the rest of the country to want anybody but them to win.

The last time there was a team the whole country genuinely hated, aside from their home area and the significant amount of bandwagoners from outside of it, were the 1990s-2000s Yankees. Remember how fun those days were?

I don't need to type that we will never see anything close to the run the Patriots have had the past 20 years (just did sorry) because it's already been drilled into your head enough and since you read this website you're obviously highly intellectual. But we really won't.

You think it's going to be fun trying to drum up some passionate hate for Pat Mahomes and the "team formerly known as a non-descriptive group of native peoples"? Is it even possible? Guys so nice I'm pretty sure we'd all want our sisters to date him. And he plays for everybody's favorite guy.

So that's not happening.

Yes absolutely. But John Harbaugh will guarantee fuck that amazing situation up.

The Rams window was slammed shut by BB.

And as Patriots fans, that suffered through aluminum bleachers at Foxboro stadium, and routine ass poundings from the hands of Marino, Cox, and the Dolphins, and Kelly, Thomas, and the Bills, having the entire world hate on your team was the fucking best. The. Fucking. Best. (sidebar - Back in elementary school the Patriots were so bad that our schools used to get stacks of tickets to their games and Holy Cross Crusader games to give out for free and our dads told us to take the Holy Cross tickets))

So lets just cut to the chase, does anybody see any team in any sport ever catching lightning in a bottle the way New England did by effectively combining the greatest owner (since George Halas), the greatest coach, and the greatest QB of all time all at once?

And one very important third of that gift from God was born 43 years ago today.

So from a pathetic career stalker of the guy, Happy Birthday to the best to ever do it!

And to Carole, the city of Buffalo, and the rest of you miserable sons of bitches around the globe I hope you enjoyed the ride.

As Pacino said in Scarface,

"You need people like me. You need people like me so you can point your fuckin' fingers and say, "That's the bad guy." So… what that make you? Good? You're not good. You just know how to hide, how to lie. Me, I don't have that problem. Me, I always tell the truth. Even when I lie. So say good night to the bad guy! Come on. The last time you gonna see a bad guy like this again, let me tell you."

Say goodnight to the bad guy, you ain't ever gonna see another bad guy like Tom Brady ever again. 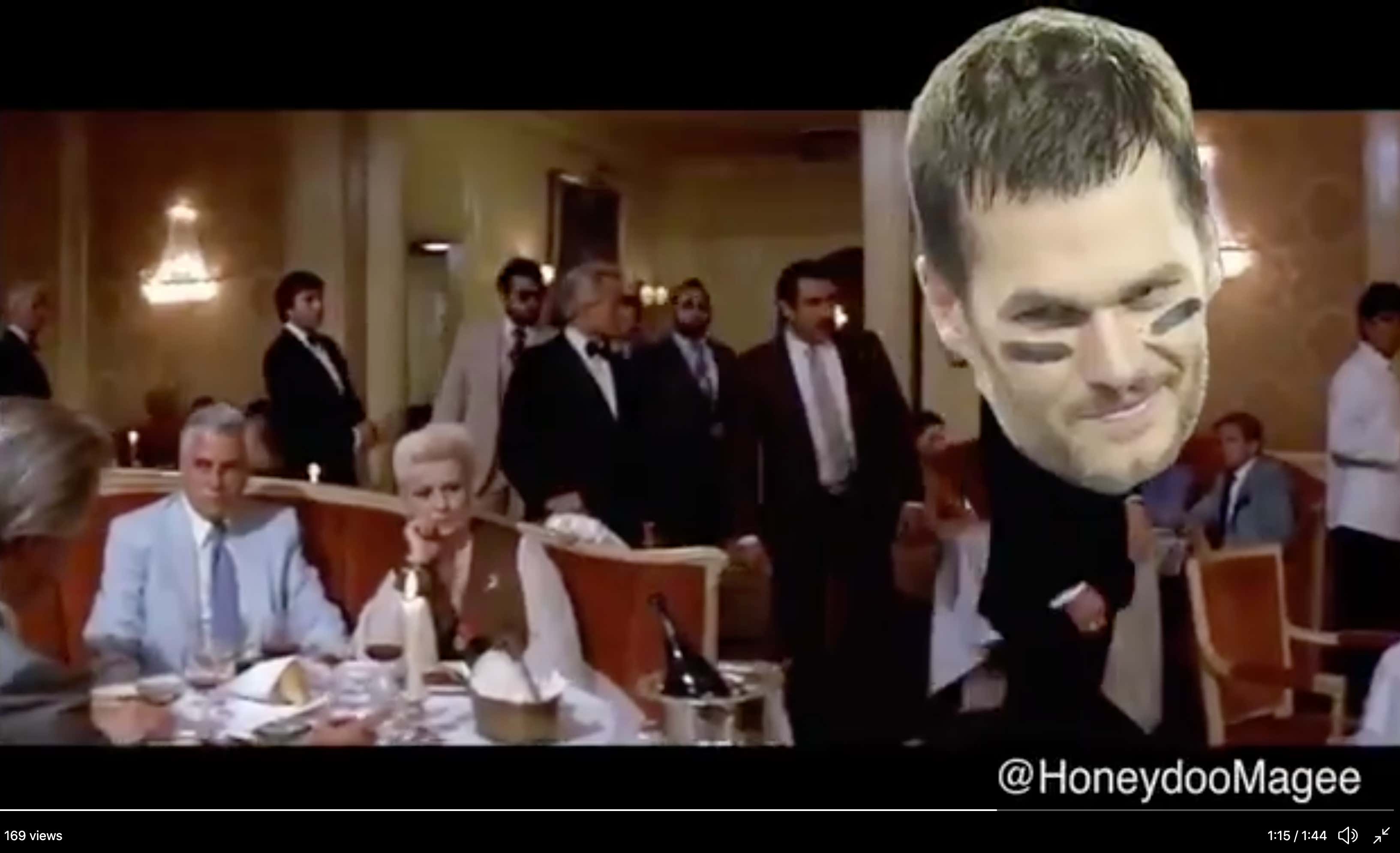