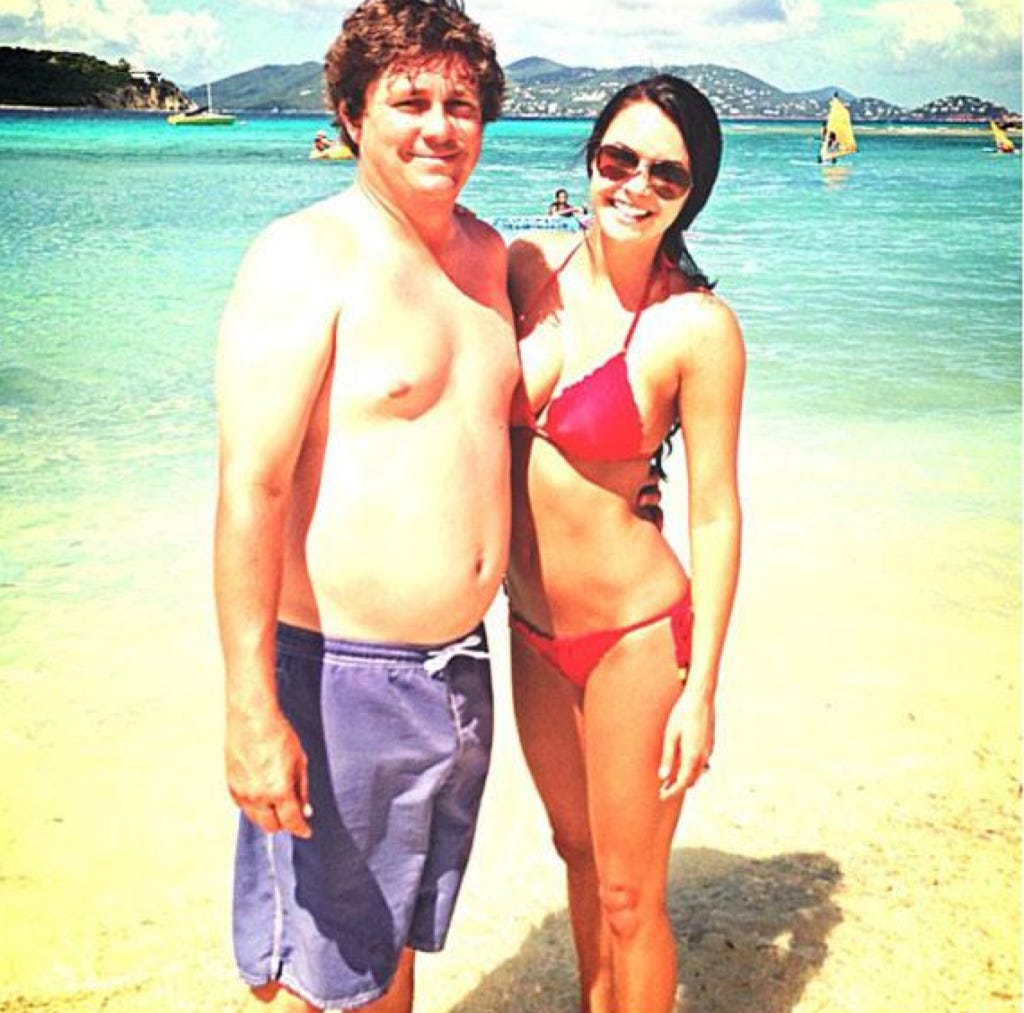 (Source) – In case you haven’t noticed lately, girls are all about that dad bod. I hadn’t heard about this body type until my roommate mentioned it. She used to be crazy over guys she claimed had the dad bod. After observing the guys she found attractive, I came to understand this body type well and was able to identify it. The dad bod is a nice balance between a beer gut and working out. The dad bod says, “I go to the gym occasionally, but I also drink heavily on the weekends and enjoy eating eight slices of pizza at a time.” It’s not an overweight guy, but it isn’t one with washboard abs, either. The dad bod is a new trend and fraternity boys everywhere seem to be rejoicing. Turns out skipping the gym for a few brews last Thursday after class turned out to be in their favor. While we all love a sculpted guy, there is just something about the dad bod that makes boys seem more human, natural, and attractive. Here are a few reasons that girls are crazy about the dad bod:

We like being the pretty one.
We love people saying “they look cute together.” But we still like being the center of attention. We want to look skinny and the bigger the guy, the smaller we feel and the better we look next to you in a picture.

Lotta talk on these here internets about the DadBod lately. Lottttttta talk. Everyone is pretending to be excited and throwing their summer workout plans (that they weren’t gonna use anyway) out the window. Well I’m not buying it. First of all, any chick who says she wants you to be at all like her dad has some serious issues. I know the inherent psychological stuff, but if you come right out and say “I wish you were more like my dad” then you’re tapped. It’s like a girl who says “I want a baby.” I understand how science works (kinda) and I know you most likely want a child eventually, but if you come right out and say “I want three kids: Tommy, Janie and Billy” on date five then you’ve gotta get out of here.

Most importantly, the dadbod isn’t just a look, it’s a state of mind. The body itself may say “I work out sometimes but I also eat whatever I want and like beer,” but there’s a lot more to it. The dadbod is a lifestyle. In order to maintain a proper dadbod one must complete countless vigorous tasks. It’s demanding. We have to nap on the couch constantly, often with our shirt up over our stomach to allow for belly button fingering. Hands down our pants whenever we’re watching television. Our bodies aren’t the only things that say “my girlfriend is the pretty one,” our style of dress does as well. You have to accept out of date clothes that don’t fit right. You don’t think this bowling shirt matches my New Balances? Well this dadbod does. Also, when it comes time to go out with your friends, I won’t be able to. All my spare time is spent resenting you and thinking “If I didn’t have to deal with all her bullshit I’d be able to hit the gym and get a hotter girl.” Guys long for a smoking hot girl who isn’t conceited, girls long for a guy with a dad body who isn’t a piece of shit. Neither of us will ever get what we want.

So are you willing to accept tha, ladies? The dadbod is like marriage. It’s all or nothing. You can’t say you want a doughy lower stomach to keep you warm on those cold winter nights then deny the farts that come with it. I just ate a large pizza before I got in bed. That’s a lot of cheese, you know.