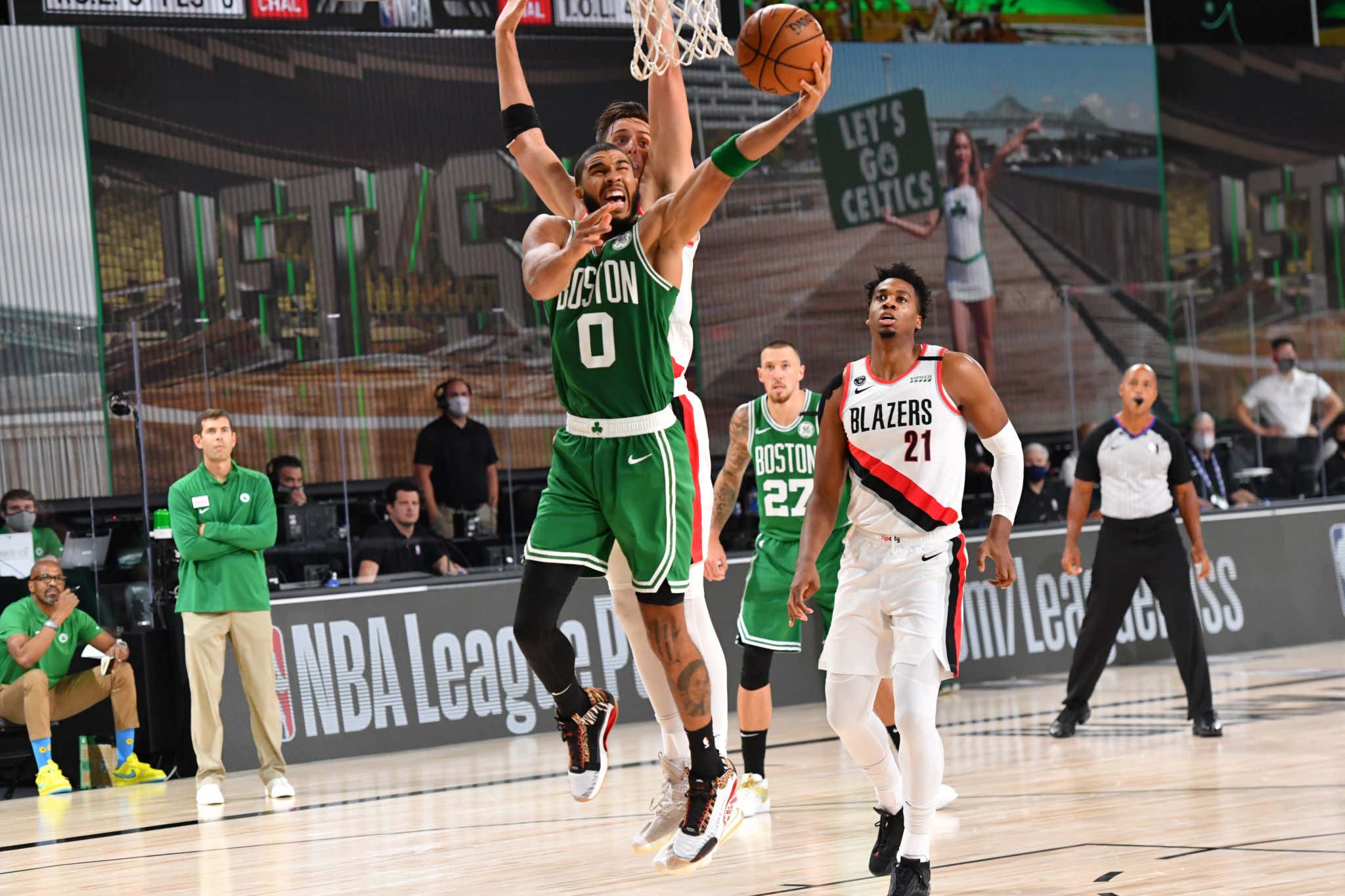 If there's one thing we know about watching this team play, it's not for the feint heart. Doesn't matter if it's a scrimmage, a seeding game, a playoff game, it is going to take years off your life. It's almost as if there is some rule that no matter what happens the one thing you are guaranteed is that this team is going to make you stress the fuck out. Take today for example, the Celts come out and look incredible for the entire first half. They find a way to actually put the ball in the basket, something many people suggest is the goal of basketball. But here's the thing, even as we watched this team build a 24 point lead, no Celtics fan that has watched this team play knew that was gong to stick. An easy stress free win? Lol. Wake up idiot.

So what happened next? Dame caught fire and Gary Trent Jr turned into Steph Curry and the Blazers climbed all the way back. There are few players that strike the fear of God into you the way Dame does when he's on fire. Has to be one of the top 5 most terrifying things to experience as an opposing fanbase. Brad refusing to call time outs and telling his players maybe DON'T GO UNDER SCREENS OR PLAY DROP COVERAGE ON DAMIAN GODDAMN LILLARD, officials once again boning this team with two incredibly terrible calls late in a fourth quarter, the whole thing was exhausting.

But then you remember this team has the two Jays

Sprinkle in a very solid night for Hayward and we saw just how dangerous these three wings can be when everyone is on the same page. Seriously though, Jaylen saved this team. If Tatum was the stud early, Jaylen was absolutely the stud late. A gigantic 6-6 (16 points) in the fourth quarter with 4-4 from three. Remember people said his extension was an overpay? Yikes. Thanks to Jaylen this team avoided what would have for sure been a big time disaster and I for one an thankful. Frankly it felt great to be back to losing years off my life due to watching this team. It means the Celts really are back and I wouldn't have it any other way.

We'll have the full breakdown in the morning, for now I need a minute to catch my breath.