I am going to start doing these pre-workout reviews, a Wendy's parking lot during a blackout power outage is the perfect place to start.

I first started using pre-workout during my freshman year of high school. The first pre-workout I tried was C4, a common pre-workout, which opened the door to much experimentation with creatine, BCAAs, Protein powders (bullshit just eat food), and other amazing workout supplements. I have tried the best of the best (OG Jack3d) and have drunk some of the most caffeinated Koolaids you can imagine.

Btw pls send me workout supplements I will do em and review em.

I designate pre-workout's qualities under 5 distinctions

Pump - How do my muscles feel after a serious arm farm

and the two Ts

Tyrannosaurus Rex factor - speaks for itself

The Hidden Factor Is Horniness. Libido and Boners are usual indicators of HIGH T which means it is definitely helping your muscles grow.

These factors will all go into the scale of the balls, Footballs if you will.

For example, C4 only gets 1.5 balls because it just tastes good and gives a slightly pissed off attitude but it barely is better than a Redbull just due to electrolytes.

Today we are reviewing "I AM A GOD" by INSANE LABS. the flavor is "THOU SHALT NOT COVET (orange)"

My first takeaway is that thinking you are a God is probably an amazing headspace for lifting. That combined with all the math on the label and the "THOU SHALT NOT COVET" flavor really spoke to me on several different levels.

I was considering, that if this powder were to be ingested, and it gave me anywhere close to the lack of concern for my bodily wellbeing as if I was an immortal that was cast down from the heavens to fight gravity with the help of heavy metals in order to tear muscle fibers to encourage growth, I would say sign me up.

This means it ranks very high on the Tyrannosaurus Rex Factor

So I had a lot of excitement going into mixing up this pre-workout, The powder was uncolored and white and mixed into a translucent orange. The pre-workout went down smooth and I sipped it and swished it around my mouth to fully taste not only the flavor but also the telltale chemical makeup of the proprietary blend. I don’t like proprietary blends because it does not allow for exact measurements of the ingredients to be written on the bottle. The pre-workout tasted like Sunny D with telltale signs of bitterness usually related to ingredients such as Caffeine, Taurine, and Betaine. All stimulants that effect Mental stimulus and focus.

I sat on the couch in the PMT studio that I had recently broken at the end of the PMT grit stream and browsed twitter as I waited for the pre-workout to kick in. I had set up the studio to work out in right before I had sat down so that I could hop right into some front squats when I felt like a god. So I shifted my weight and the Couch collapsed on its already broken leg and I quickly fashioned a box to keep the couch upright and usable. I adjusted it perfectly so that the couch was officially fixed. I then began to clear up parts of the studio.

It seems I have become innately focused and determined… this must be the pre-workout kicking in.

The Buzz was clean cool and collected. I had the mental fortitude and drive to get through my workout but my body was not feeling as springy and active as usual. I felt as though I was lifting with my brain and not my body.

Anyway, the 5 finger death punch was playing and I was definitely in the zone while lifting. I started listening to this Mongolian Metal called "Wolf Totem" by these dudes called the Hu and let me tell you I was ready to invade half of Europe.

I was definitely energized and in the mental zone

The bar was moving but the incline bench wasn't giving me the usual pump in the triceps.

After serious reverse and hammer curls, I still could not achieve a decent pump. I chase the pump and like to see the results in thick veins close to the skin rather than the inner muscular pump with thinner more constricted veins due to the heavy caffeine and stimulant content.

Overall great pre-workout in it gets you motivated and mentally stimulated to workout, would take again for activities such as gaming or studying, and maybe days when mental groggy. It did not have the nitrous oxide increasing vascular effect I chase. My forearms were not boners. I believe Insane Labz makes a separate pre-workout specifically for pumps which I would love to try.

I am going to give this pre-workout 3.5 balls

Definitely gave me a pissed off attitude, the taste was good and had the tyrannosaurus Rex Factor. Was lacking for my tastes in the power and pump department but may just be my high tolerance for compounds such as beta-alanine and citrulline.

It scored very high in the hidden criteria that you will find in a Hidden message somewhere in this blog. You will never find it and if you do keep it a secret.

Please send me more pre-workouts and supplements Address them to me pls. I am shamelessly begging for pre-workout. 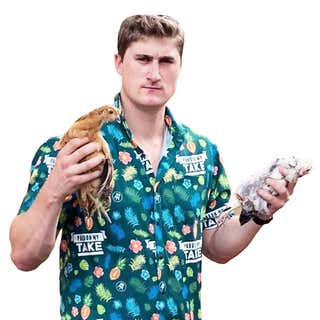