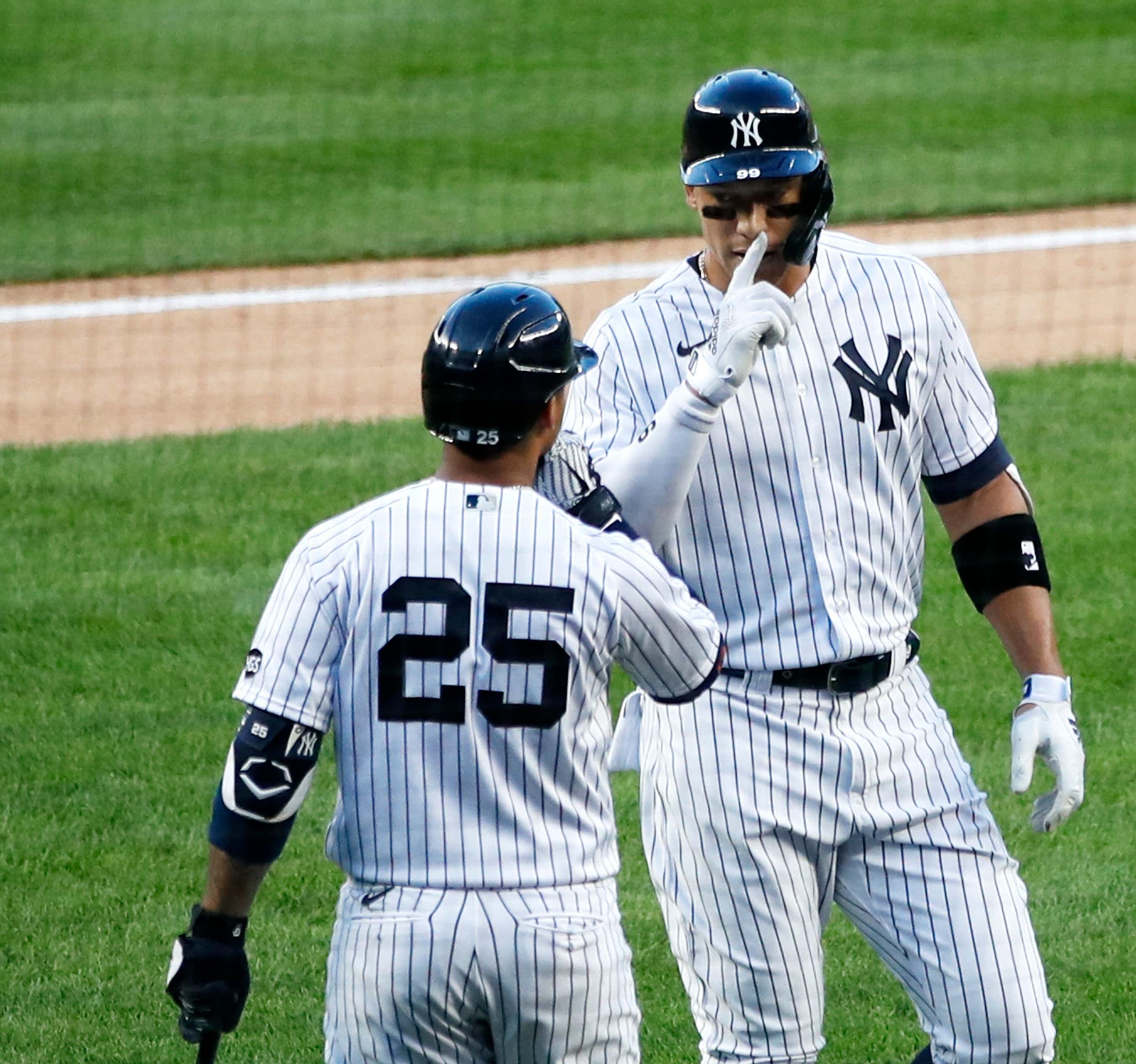 Anytime the Yankees play the Red Sox you have to assume you're in for a war. I don't care who is on each other's roster, you can throw that all out the window when they face off. Except for this year. This Red Sox team is lifeless. They're impossible to watch. If I didn't have this undying hatred for Red Sox fans I'd feel sympathy for the shit they're being forced to watch in 2020. I assume all of you are praying the season gets banged, which is just sad.

As for the best team in baseball? Tonight Masahiro Tanka made his return to the mound, less than a month after he was hit in the head during a live AB session by a 112 mph Giancarlo Stanton line drive. If I get hit in the head by that line drive by brain stops functioning. I either live the rest of my life as a potato or I die on the spot. On the extremely off chance I survive the shot and am physically capable of pitching again there's not a shot in hell I'm facing a batter again. I'm hiding in my room for 10 years in complete darkness suffering from PTSD and praying I never hear the sound of the crack of a bat ever again. Masahiro Tanaka however is immortal and shouldn't be considered as one of us when dealing with injuries. He shook off that missile to the dome as if nothing happened. The sicko was laughing the next day in the stadium.

With a shortened summer camp Masa was not stretched out to go deep in this one. The right hander lasted just 8 outs before his night was cut short. A two out two run double by Xander Bogaerts knocked him outta the game, but for the most part his stuff looked good. More importantly it was just great to see him back out there and healthy.

The Yankees got all of their runs in the first two innings on Saturday night. Aaron Judge remained in God Mode, smashing a 455 foot homer in the 1st. 99 has gone lift off in four straight games which is a career high for him.

Pro tip: don't throw him 84 down the dick and expect to get that ball back in one piece.

An inning later the number eight hitter Gio Urshela put the Sox away with a grand slam to dead center. This lineup is stupid.

While I have you hear smiling about Gio I feel it's only right to show off his leather too. Machado-esque stuff right here.

It blows my fucking mind that advanced stats have Gio as an average fielding third baseman. Nerds. Watch one game of his and you'll be blown away by how easy he makes it look from the hot corner. Remember the days of Chase Headley where every time he wound up to throw you had to duck if you were seated around first base? The double clutches from Andujar? I swear we take Gio Urshela's greatness for granted. And yes, it's greatness. I could watch that dude pick it from third all day.

The story of this game was the performance from the Yankees bullpen. The funny thing was that none of the big guns came in tonight. Kahnle (TJ surgery goddamit), Britton (rest), Ottavino, Green, and Chapman all did not throw a single pitch. Instead it was Luis Avilan, Nick Nelson in his major league debut, and David Hale combining for 6.1 innings of shutout baseball, allowing just two hits. They were incredible and no one shined brighter than Nelson.

Motherfucker made his Major League debut tonight and tossed three hitless innings while striking out four, getting the W too! The ball absolutely jumps out of his hand. You would think looking at him he tops out at like 91 mph, but then you see 98 on the scoreboard and do a triple take. He's got a filthy changeup too. I'm now a Nick Nelson stan after tonight. That guy can pitch.

We knew the Red Sox pitching was going to be abysmal with guys like Zack Godley being featured on the staff. I mean for the love of God they asked manager Ron Renokie today if he was thinking about replacing Ryan Weber in the rotation. His answer? They don't have a better option. I will say it again, this is the worst pitching staff ever assembled in baseball history. But this should not come to the surprise of anyone. We knew this. I'm convinced the Sox thought the season would never start and were just caught way off guard with all of this. Even with the bad pitching you expected their offense to slug a little and make things interesting. Did you ever think their offense would get manhandled by Luis Avilan, Nick Nelson, and the Hale Storm in one night? Yikes.

I get why Carrabis isn't blogging the Sox anymore. I mean it's embarrassing to root for that team right now. They're a laughing stock. Boston fans waited all quarantine for some fun baseball and instead are watching a horror show. The Yankees? They're an MLB best 6-1 while riding a five game winning streak. James Paxton on the bump for Sunday Night Baseball to bring out the brooms. The Sox opposing flame thrower? Matt Hall. I'm having fun.