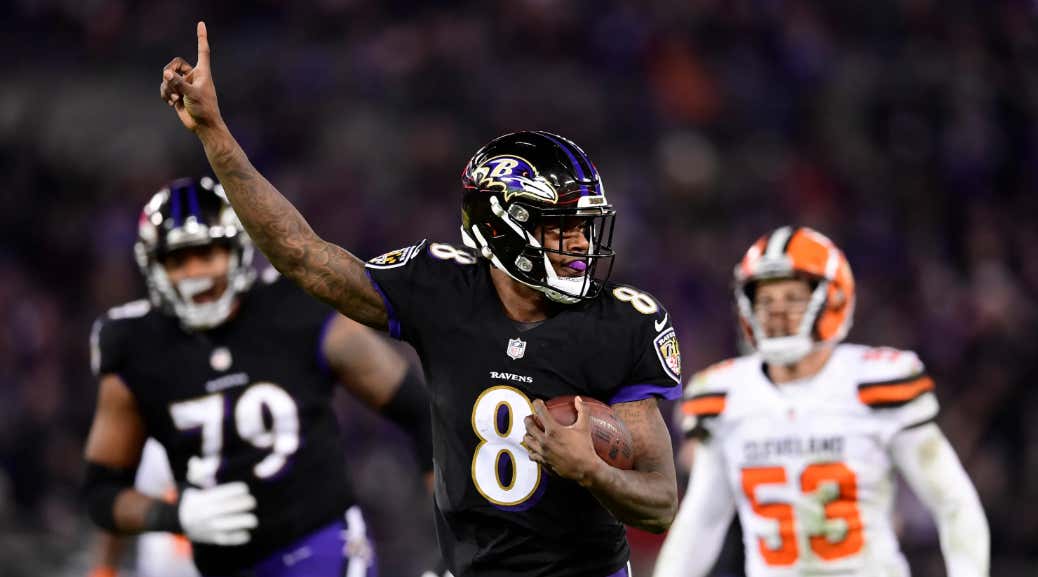 Would ya look at that! The MVP…. scratch that… The 2nd ever UNANIMOUS MVP was voted as the best player in the NFL by his peers. League leader in touchdowns, record-setter in single season QB rushing yards, quarterbacked his team to the league's best record… all reasons that made him MVP and make him just as worthy of being named the league's best player.

Yet, the story here will be that Patrick Mahomes was voted #4, behind Russell Wilson at #2 and Aaron Donald at #3. And to be honest with you, that outrage is warranted. To have him anything less than 2nd is ridiculous. This was a Lamar vs Mahomes battle for the top spot, through and through. I already laid out why Russell Wilson couldn't hold a candle to what Lamar was doing last season. Aaron Donald is a great football player, but Lamar embarrassed his defense on national television, mostly with a backup center anchoring the O-line. And Mahomes has an NFL MVP of his own. It was a two-man race, no question.

Objectively speaking, you can't go wrong with either one. I won't fight anyone who says Mahomes deserved the top spot. He won the ultimate prize in dominant fashion. That comeback in the divisional round against Houston was special. The rest of his run was too. If he doesn't get hurt in the first half of the season, we may have had a helluva MVP race. It's possible that these votes were collected before that Super Bowl run. Who knows?

Regardless, it's clear the type of respect that the league has for Lamar Jackson. He must be a goddamn nightmare to try to gameplan for, and it only gets worse when you step onto the field and try to contain him. I think that's the mentality these players used when they voted, and the result speaks for itself. All we need now is for Lamar to put it all together and go get the one thing Mahomes has and he doesn't. That's how you leave no doubt. Holy hell do I need this season to happen.