You can call me "an old" if you want, but I chalk this up to doing a little too much. I get wanting to find a way to get fans involved during this weird bubble experiment, but you know what I don't need? To see tweets on my TV. In 2020 if you aren't watching sporting events with Twitter open on your computer or phone then what are you even doing. We all know whoever is monitoring this won't actually put up the funny ones so what's even the point? We already saw what things looked like with virtual fans and it was kinda creepy 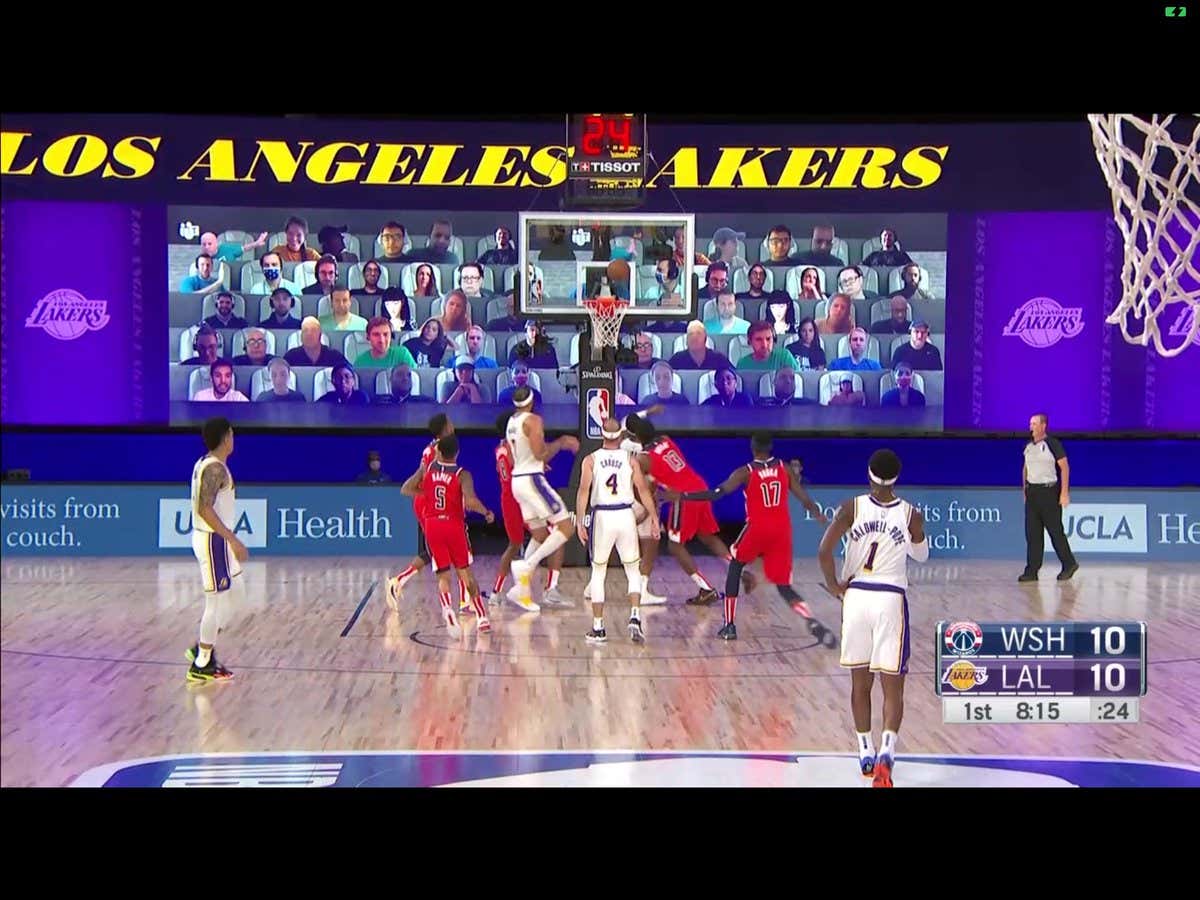 at least these things make the game feel somewhat normal. I have to admit though, part of why I've been enjoying these scrimmages so much is because of how simple everything is. The focus can be on the actual basketball. I don't give a shit about seeing fans in stands. I'm sure they'll pump in crowd noise so what's the difference. The NBA having those huge screens hasn't been all that distracting for me. I feel like that changes if they start throwing in random tweets on those things. Shit is so small anyways do they expect me to read all that? Seems like an unnecessary distraction from the on court product. We are all on Twitter anyways so why not pump then brakes and keep things simple.

This reminds me of when the league does those #AskRef campaigns where you can tweet the NBA Refs questions. They obviously only take the softball questions and it's kind of lame. The same thing is going to happen here. Lot of "Go Team X #NBATwitter" and shit like that. I doubt we'll get the memes, I doubt we'll get the roasts, so this all seems like someone is overthinking things a little bit.

I get trying to keep up with the times and the younger generation, but