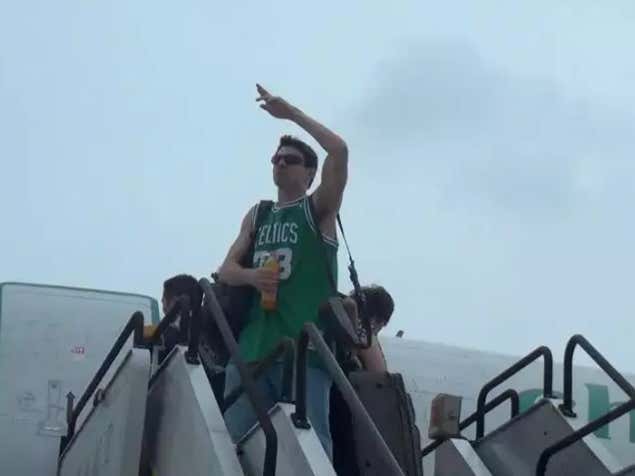 Due to the current covid situation, international travel is at an all time low and Americans are some of the least desired tourists on the planet. Thankfully, the following yankee-loving countries will still gladly welcome us and our wallets across their borders.

First off, half of these countries are Islands in the Caribbean so let's discuss those first and then rank the other ones separately.

Island in The Caribbean Americans Can Travel To:

Ok honestly, having been to none of these, I don't think I can rank them as they all seem like more or less the same place to me. Here is what I do know:

- In 2019, a bunch of tourists, specifically 16, staying at resorts in the Dominican Republic, died suddenly and unexpectedly.

The unexpected deaths has led top US cops to investigate amid fears the tourists may have been poisoned. The tourists were all found dead at luxury resorts on the island. Many had fallen ill after consuming drinks from the minibar. Dozens of other tourists have reported becoming unwell with symptoms of vomiting, diarrhoea and fever.

So I would put the DR towards the bottom of my list of islands in the Caribbean I would travel to during a pandemic.

- The Barbados government is going to start offering tourists a 12 month "Welcome Stamp" that will allow them to live there for a year in an effort to encourage people to work remotely from their country. Don't hate this one bit and am seriously considering relocating to Barbados but I have a feeling "Donnie Does Barbados" would get old after 8 episodes. However, I have a bunch of friends who work in sales that have been told they won't be required to go back to the office until January. I see no reason why they can't be making their sales call from Barbados. Look into it.

- Jamaica: Don't know much about Jamaicans except they create beautiful music, love weed, and apparently don't like gay people (who they call batty boys). 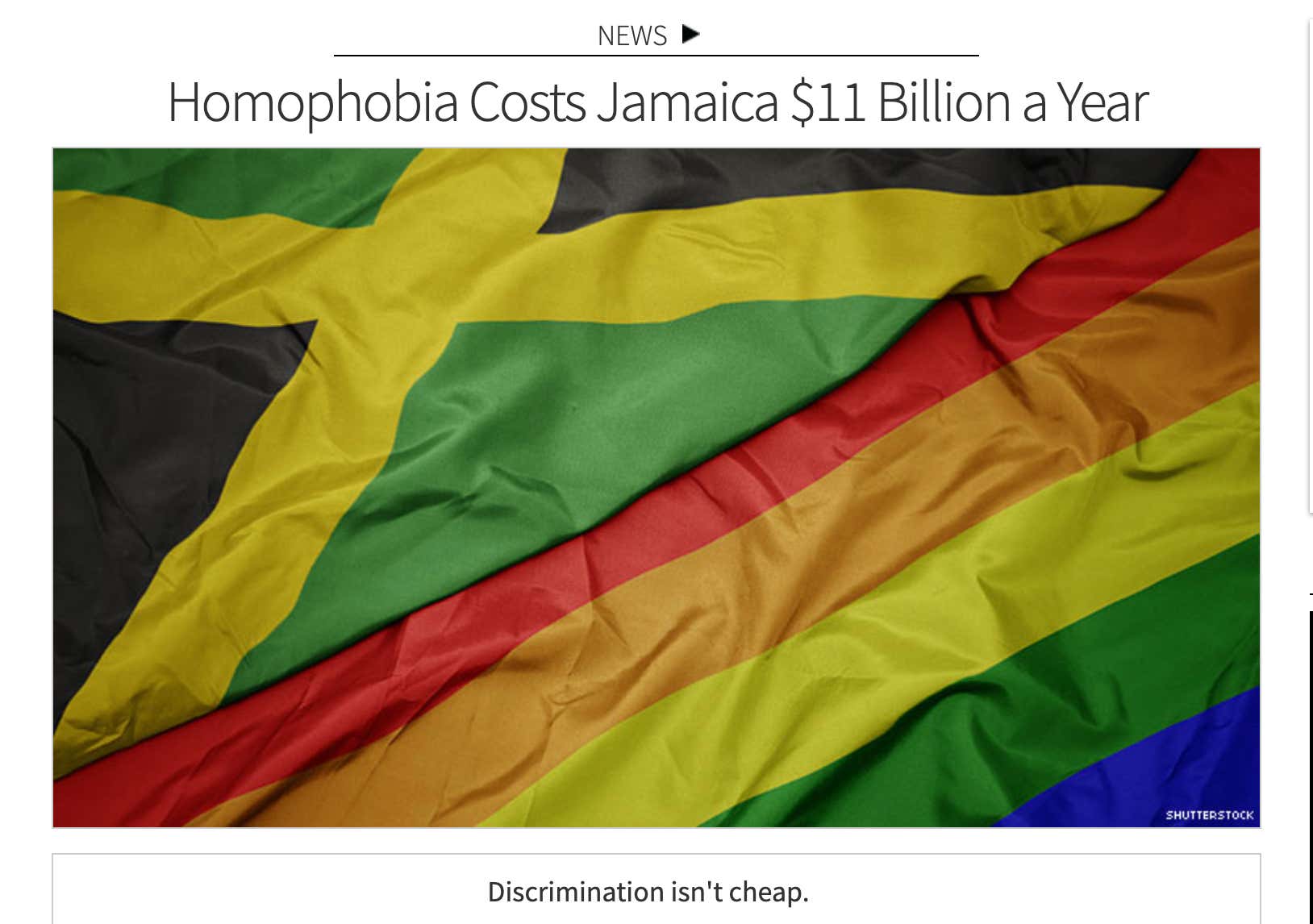 (OUT.COM) Jamaica is known worldwide for it’s anti-LGBTQ+ policies and behavior, which landed them Time magazine’s "most homophobic place on Earth" label in 2006. The country still has buggery, or sodomy, laws on the books which makes same-sex activity punishable by imprisonment.

I don't want Jamaica twitter coming at my throat though so keep in mind these are over-generalizations and not cold hard facts so do with that information what you will. My friend got robbed there once but he was also trying to buy drugs off a random dude on the street which isn't always the safest move. Looks like a beautiful place though and Keith Richards chose to live there for years and had a grand old time and I'm sure you would too. 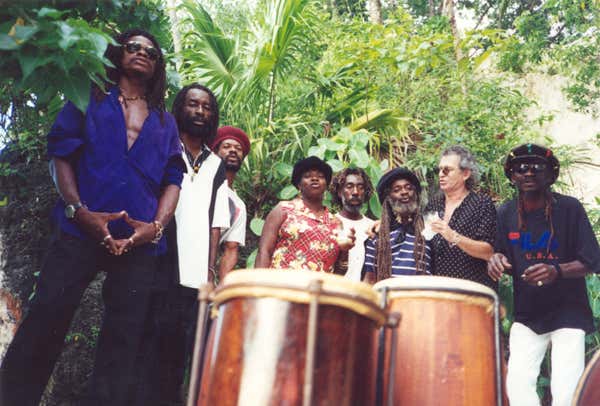 Ok, now lets rank the rest of the Countries:

12. North Macedonia: I consider myself to be a geography buff but still had zero idea this place existed. Turns out that's because Macedonia changed their name in 2018 to North Macedonia (there is no South Macedonia). That is a suspect move and thus they are last on this list.

11. Mexico (Only a couple states in Mexico are currently open to Americans): Mexico has never been high on my tourist destination bucket list as I feel like you're either in an all-inclusive resort, or outside an all-inclusive resort worried about being gunned down by cartels. Some day I'll learn that Mexico has much much more to offer but that can wait till after the Pandemic.

10. United Arab Emirates: This place was fun as hell for a layover

but after 12 hours I was ready to go. It's pretty much a gigantic expensive shopping mall. Temps get outrageously high and the only place you can find a cold beer is hotel bars (alcohol is officially illegal there).

9. Egypt: I would love to get to Egypt before I die. Probably the most historically fascinating country on earth. However, and this is once again an overgeneralization, some Middle Easterners don't like Americans and I don't feel like having to dress up like this in the middle of a desert to convince everyone I'm actually Canadian.

8. Turkey: I actually once had an 16 hour layover in Istanbul. I was flying Turkish Airlines and they offered to give anyone with a long layover a tour of some of the city's most famous sites. They paid for our breakfast, lunch, and price of admission to each spot we checked out. It's an incredibly beautiful city that I'd like to explore more. 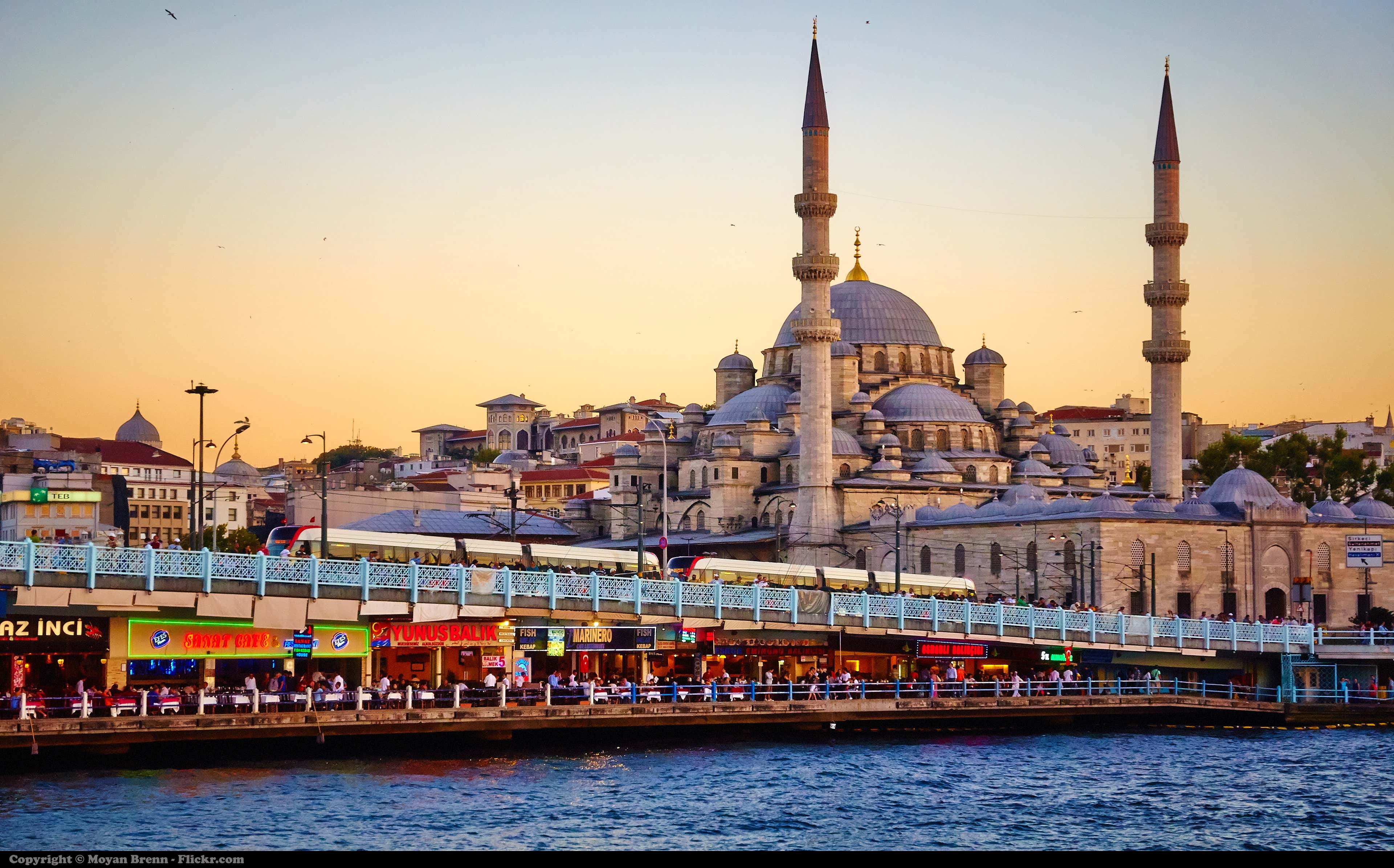 Just like Egypt though, the US state department has labeled Turkey as having a  'MEDIUM" risk of terrorism, which I'd rather not worry about in the midst of a pandemic. It gets ranked higher than Egypt though as unlike in Egypt, alcohol sales are not prohibited.

6. Tanzania: It's one of the best places in Africa (besides Zimbabwe) to go on safari. However, I was just on safari last year with Zah and feel like I can only swim with hippos so many times before they decide to murder me. Also, if you travel there you'll have to worry about both malaria AND Covid19. To be fair though, hydroxychloroquine, which Trump believes can help treat Covid, is proven to treat Malaria so you might be able to kill two germs with one pill.

7. Rwanda (opens to Americans August 1st): Hotel Rwanda didn't help Rwanda in the rankings. I wouldn't mention that movie if you go there either as divisive talk about their genocide can lead to fines/imprisonment. On the bright side, I'm hearing that Rwanda is now one of the safest countries in Africa, the scenery looks stunning, 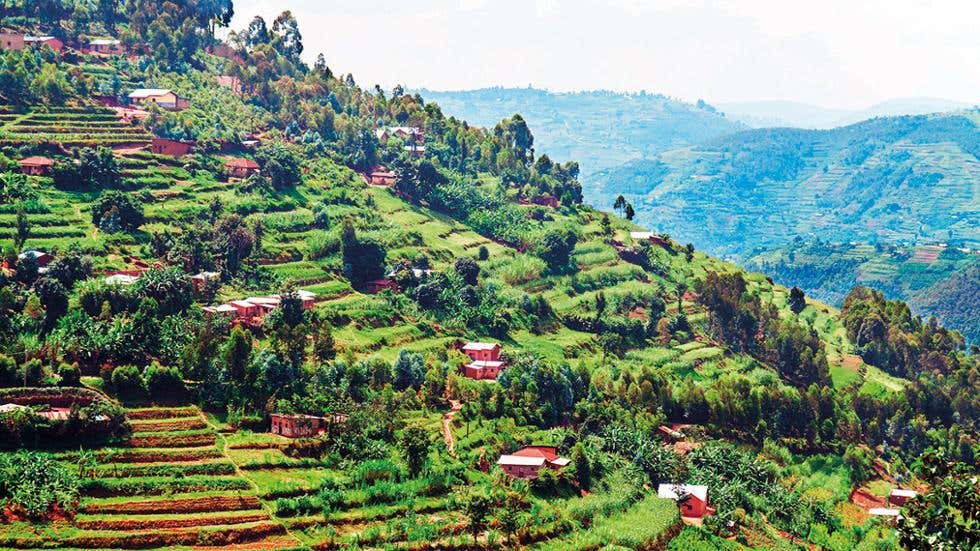 and you can go trekking with gorillas 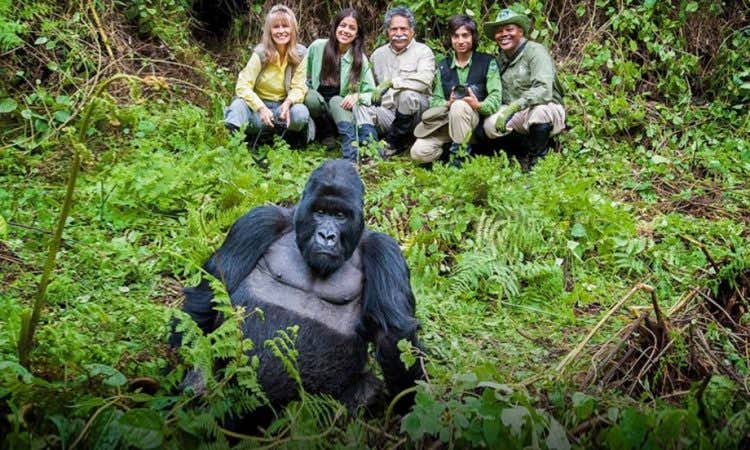 which is enough for me to give it the #7 spot.

5. Serbia: It was a Serbian who kicked off WW1 with the assassination of Archduke Franz Ferdinand. Serbia was also heavily involved in the Bosnian War that was on TV all the time while I was growing up in the 90s. As a result, when I think of Serbia, "civil unrest" is the first thing that comes to mind. In more recent news, KFC started an all out twitter war with Serbia a year ago with the below tweets: 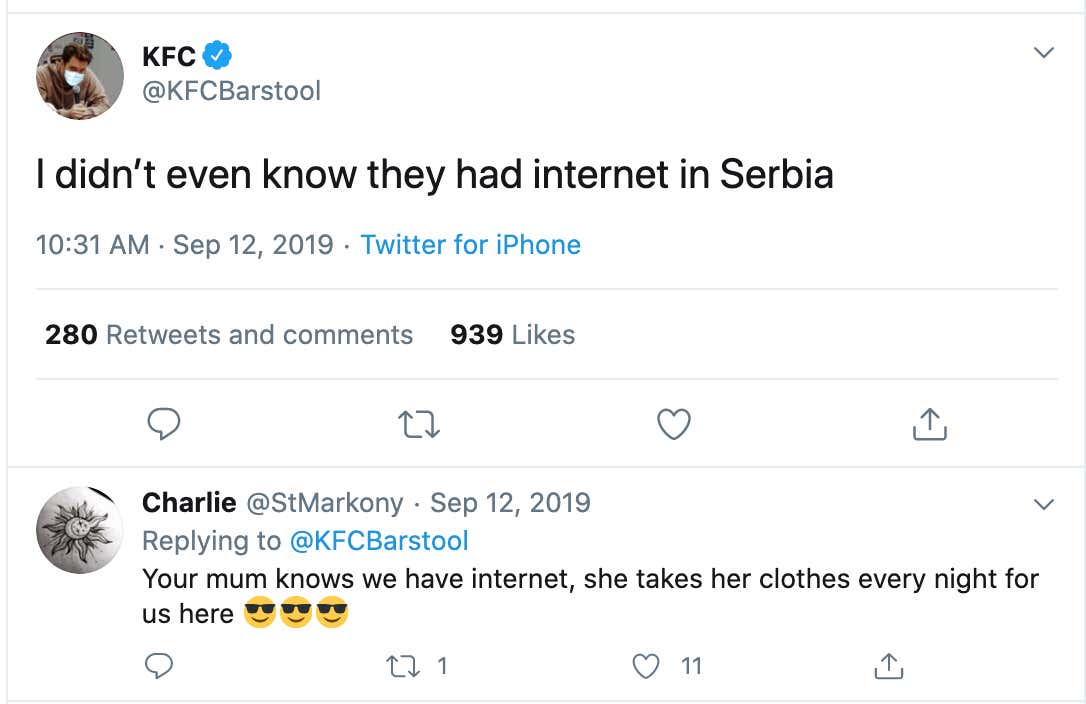 Taking all this into account, you would not expect to see Serbia this high on my list. However, if anyone can help smooth over relations between Serbia and Barstool it's me. Marko Lukić claims if we could see the country and its people up close we'd have no idea how much we'd like it. 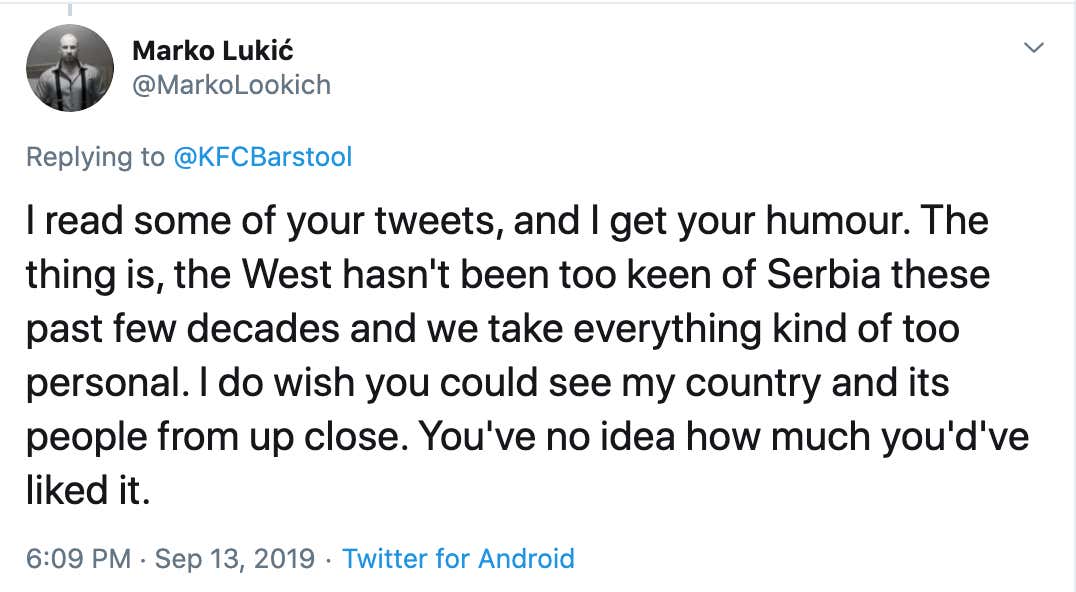 You're right Marko, I do have no idea how much I'd like it and I'm more than willing to find out. Also, my friend actually went to Serbia and here was his official review: 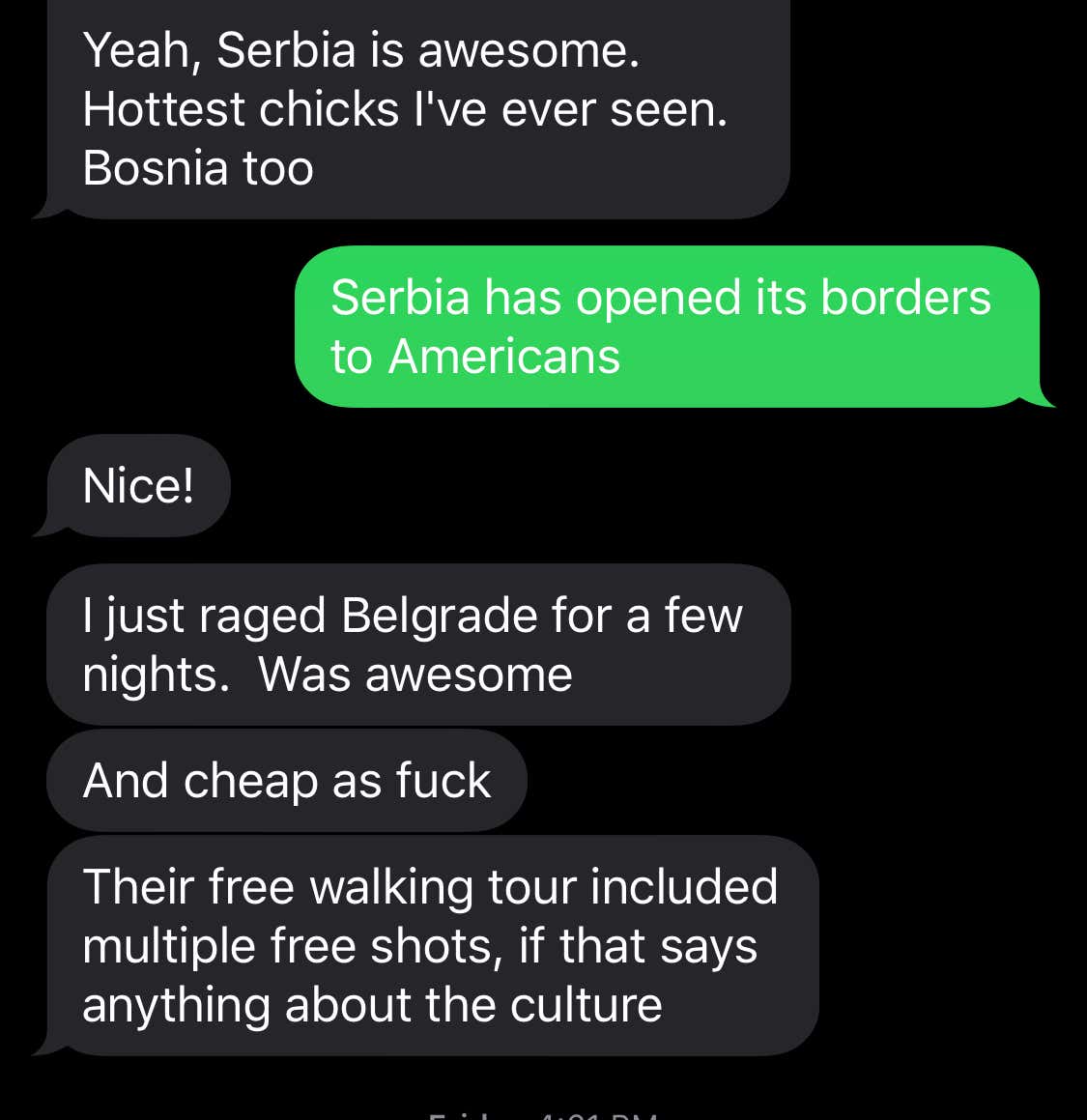 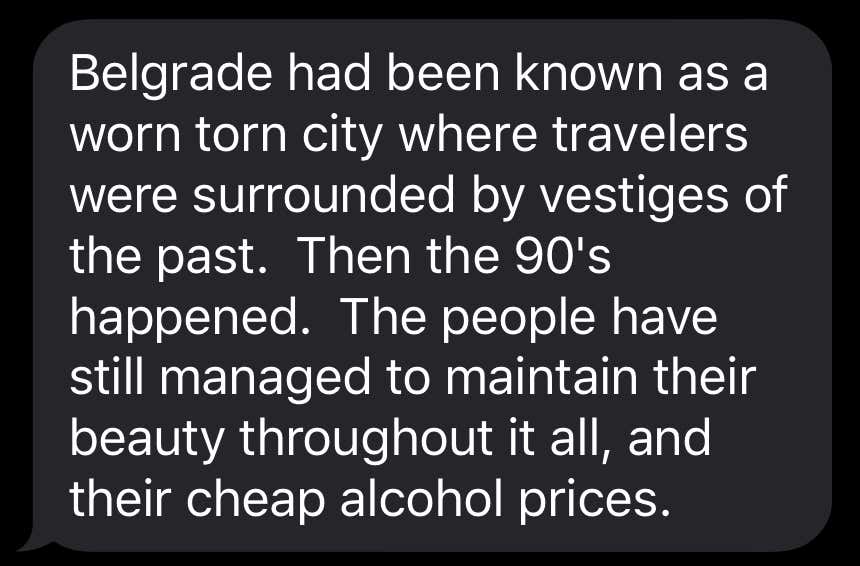 Didn't expect the "hottest chicks I've ever seen" comment but that just goes to show you how little Americans know about Serbia. Smoke shows and research chemicals? I'm in.

4. Belize:
I actually went to Belize as part of a high school ecology class (Ya I know, that's boujee as fuck). Don't remember much except that I absolutely loved it and there was a village called Boston which was sponsored by Fanta that I'd love to get back to. 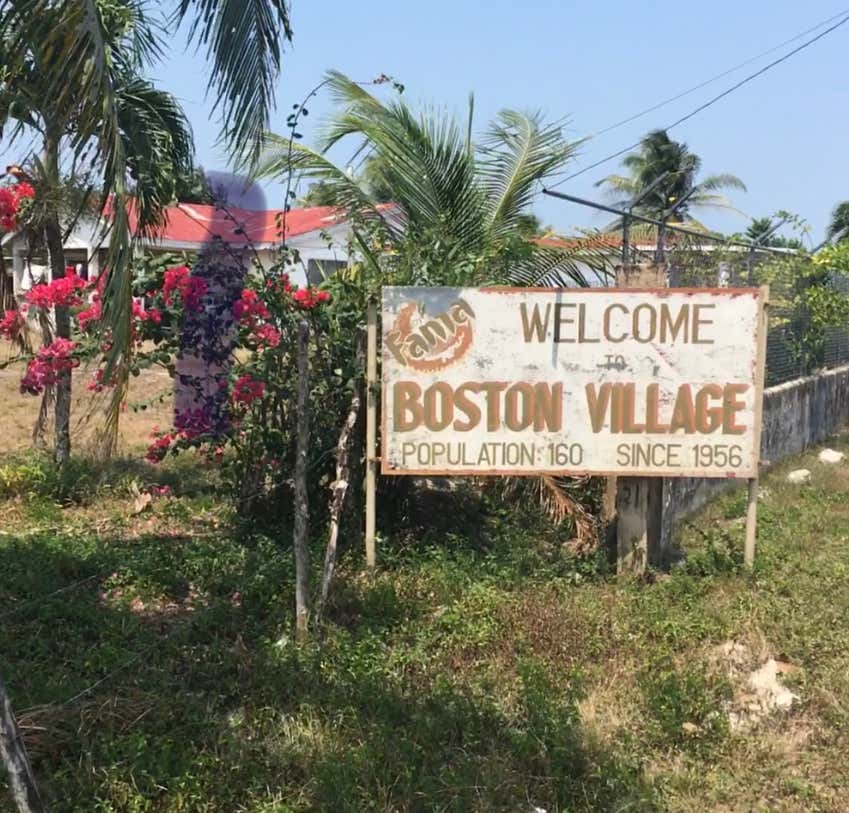 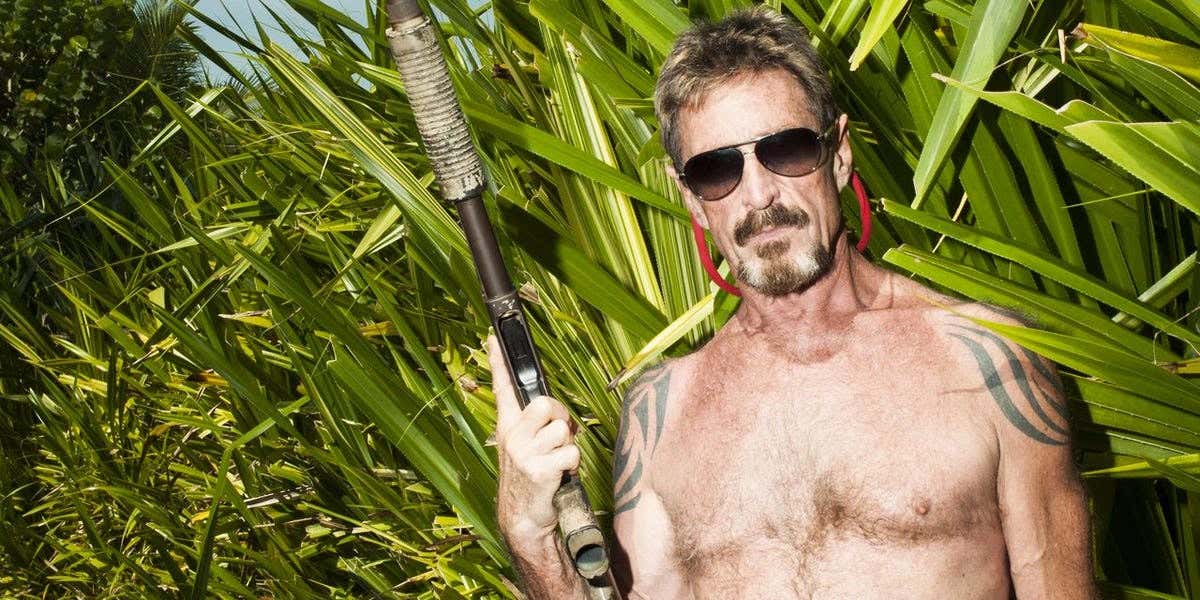 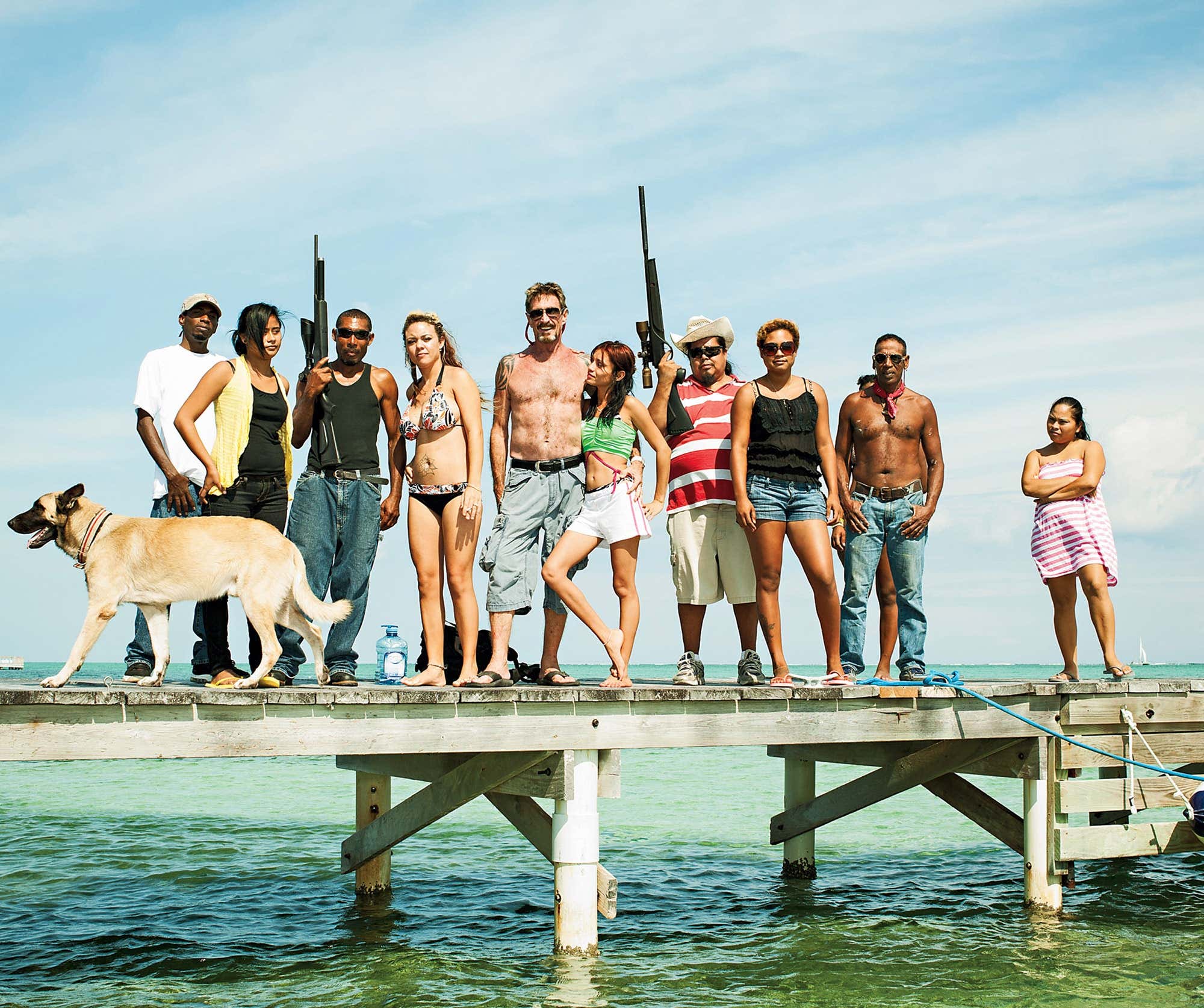 A lot of people tell me that I look like a young McAfee (which there is some truth to despite it definitely not being a compliment), but he absolutely loved it down there and I'm very good at not murdering people so I think I'd be happy there.

3. Maldives: With most of the prior countries you need a Covid negative test to be allowed in. Maldvies seems to give zero fucks though.

Visitors won’t have to pay any additional fees or show negative tested results and those who don’t have any symptoms also won’t have to quarantine themselves.

That's not why they're ranked so high though. This is: 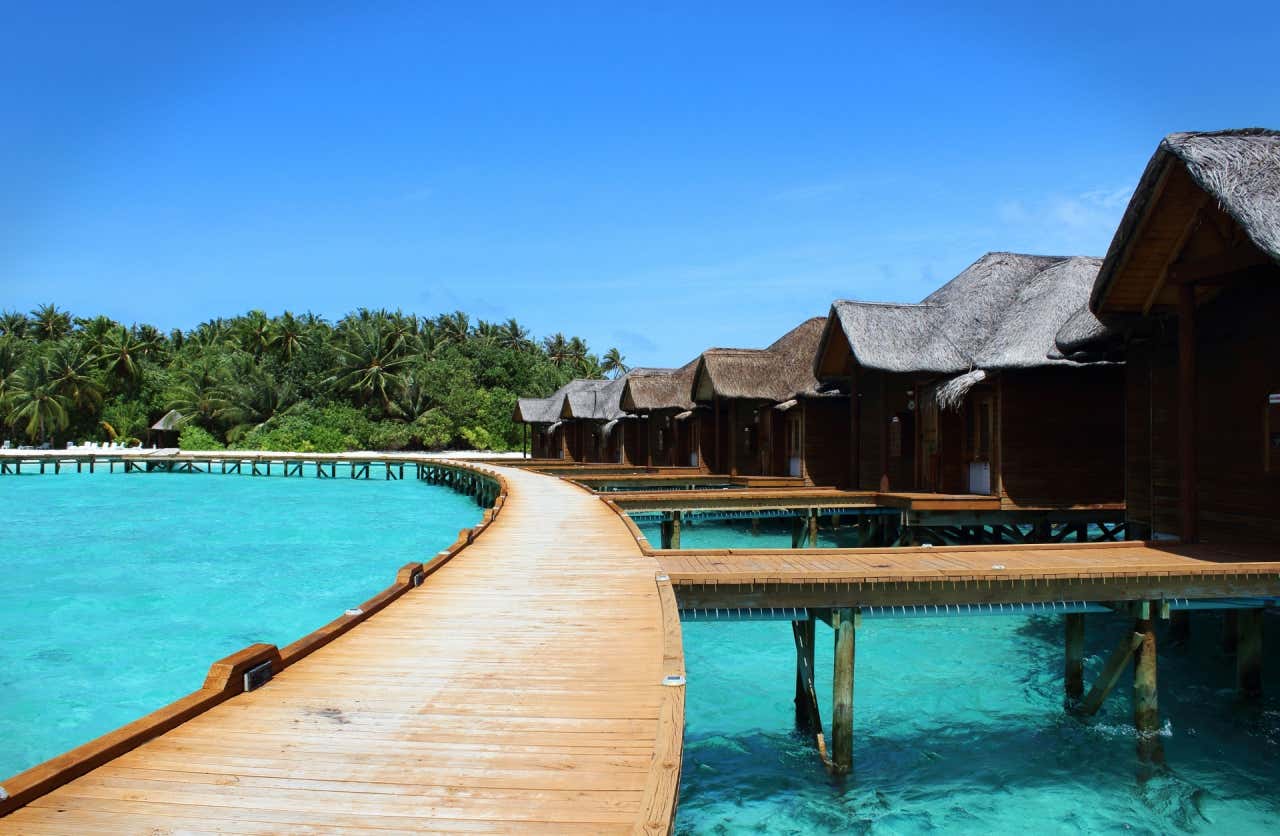 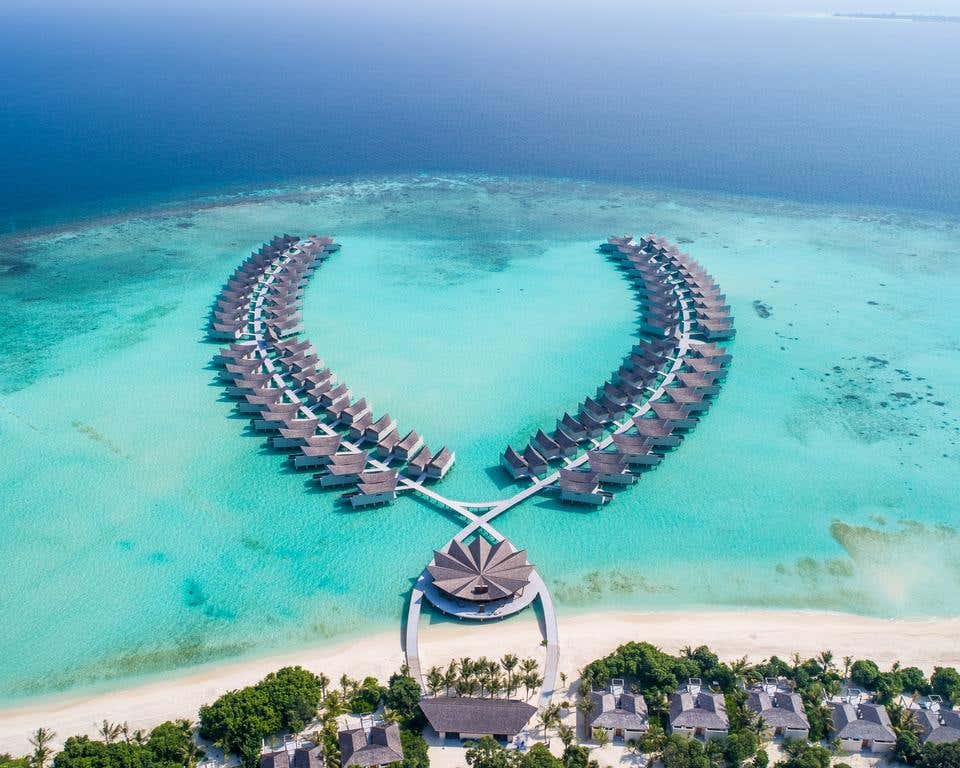 2. Croatia: In Game of Thrones, Just about every scene set in King's Landing was filmed in Croatia. 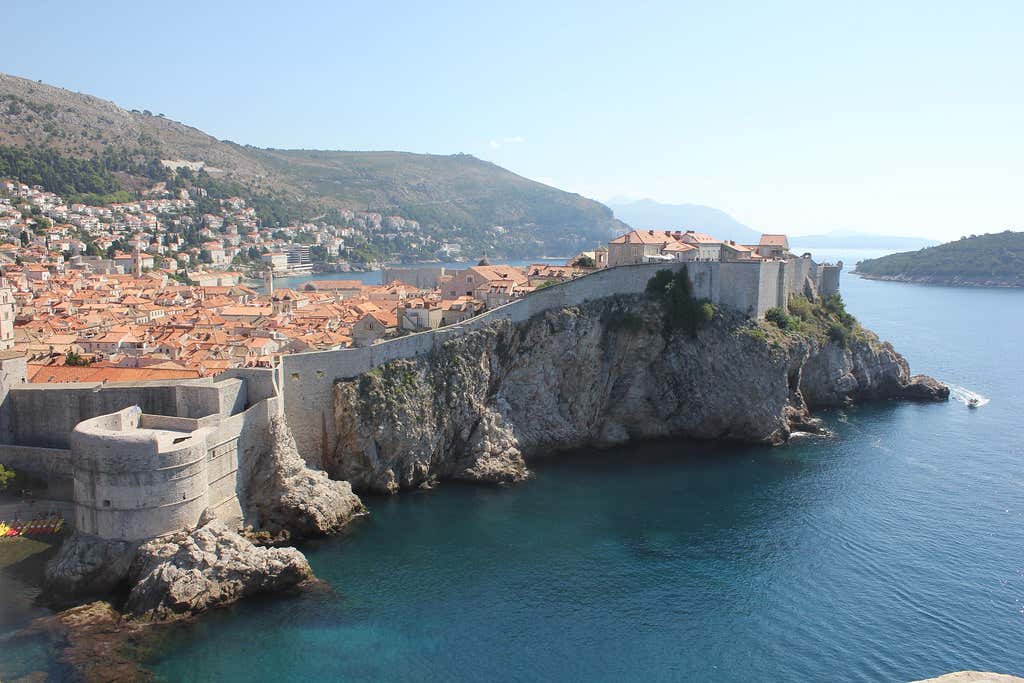 If you can look past all the murder, incest, terrorism, war, and overall misery that occurs there in the show, you'll realize it was the most majestically beautiful city in Westeros. Well that city is a real place, Dubrovnik, and you can go there. 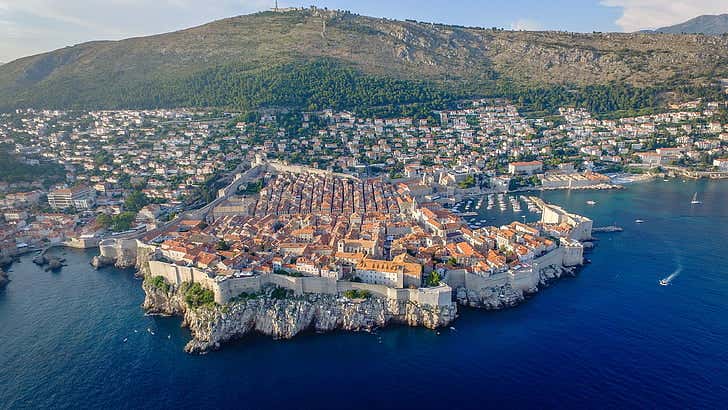 Barstool's own Kayce Smith went to Croatia for Yacht Week

and here is Kayce's official review: 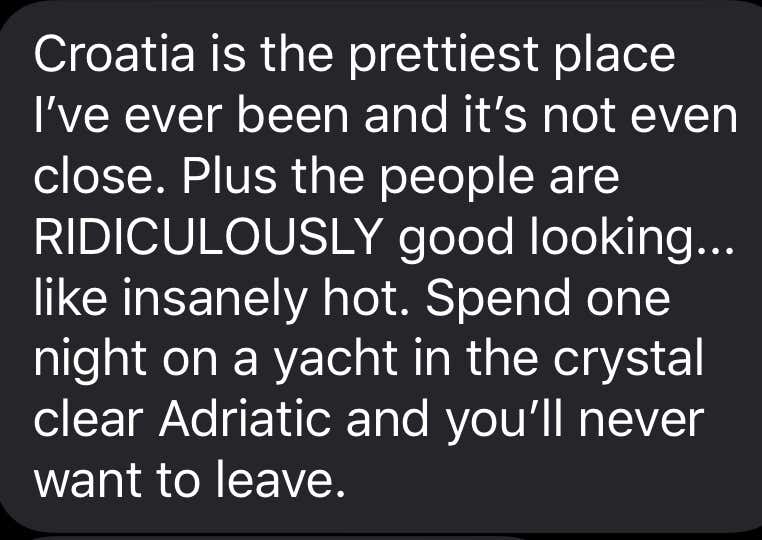 So I now have reports that people in both Serbia and Croatia are wildly attractive. Is everyone in the Balkans is just hot as fuck? Unlike Serbia though, Croatia has a coastline which solidifies it's spot at #2. Hot people and beaches >>> hot people and research chemicals.

1. French Polynesia: A while ago I wrote a blog about "Don the Beachcomber"

If you don't want to take the time to read that blog, just know that he's responsible for inventing the modern day "American Chinese restaurant" and is a personal hero of mine who decided to retire on his house boat in Mo'rea, an island in French Polynesia. Seems like he enjoyed himself there. 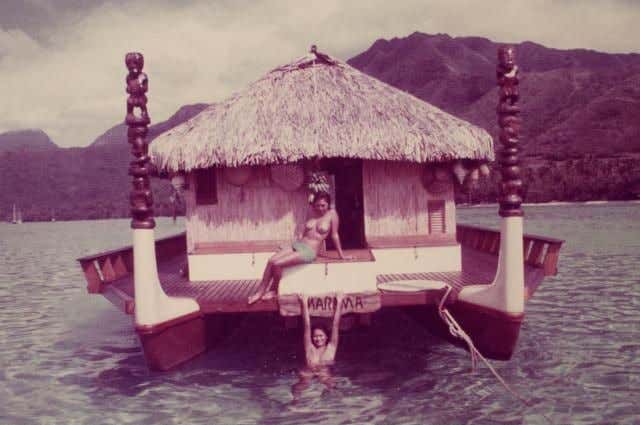 Well any place that is good enough for Donn Beach to just say "Fuck it. I'm not leaving. Just gonna hang out here till I die", is definitely worthy of being #1 on this list. Just look at it: 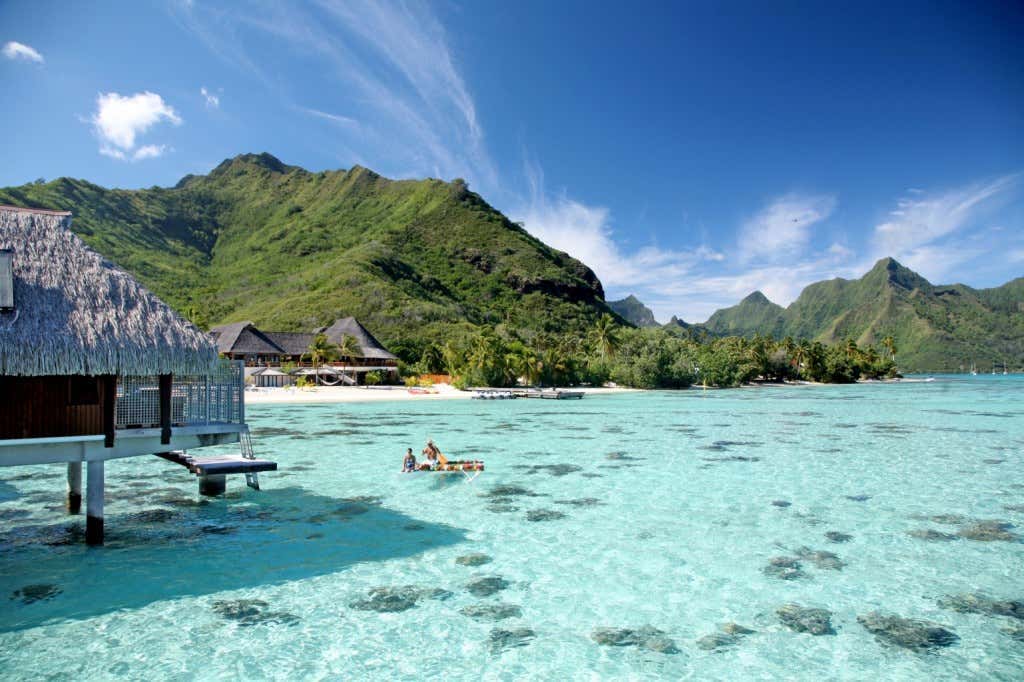 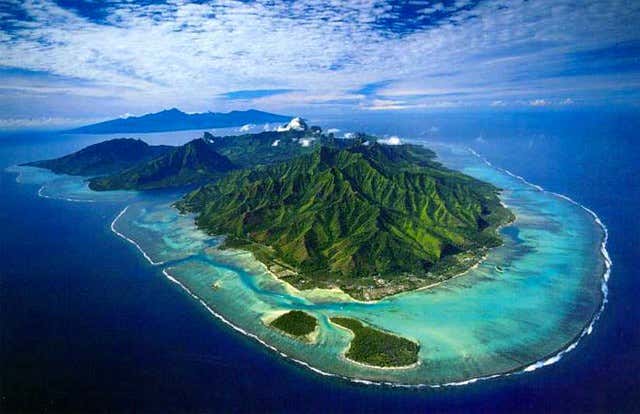 And that's it for now. If any new countries open their borders to us "viral Americans" I'll be sure to let you know.