Breaking Down the World’s Worst Shootout Attempt Ever.

That’s the same exact move I always go with if I’m stuck in a shootout while playing ‘chel. The only difference is that’s a video game that I suck at and I’m just playing with my friends. Meanwhile, Jan Laco is the goalie on the Slovakian national team. Little different scenarios here. Now to Laco’s credit, this isn’t the first time that Kaspars Daugavins has pulled a move like this.

Cheeky little fuck. But yeah, I guess the Slovak goalie thought Daugavins was gonna go with the spin-o-rama here in which case, he would have stopped that puck. But I guess they haven’t gotten Mighty Ducks D3 in Slovakia yet because if they did, Laco would know that you have to make him make the first move Conway. Can’t just flop like a fish before he even hits the hashmarks. Hell, he’d have had a better chance of making the stop here if he just had no idea the shootout was even going on. So for not watching the Mighty Ducks and for playing his hand wayyyyy too early, Jan Laco will now be credited with the worst shootout save attempt in the history of history.

P.S. – Am I stupid or is the Latvian team is sponsored by Grinder? That’s pretty gay. Not that there’s anything wrong with that. 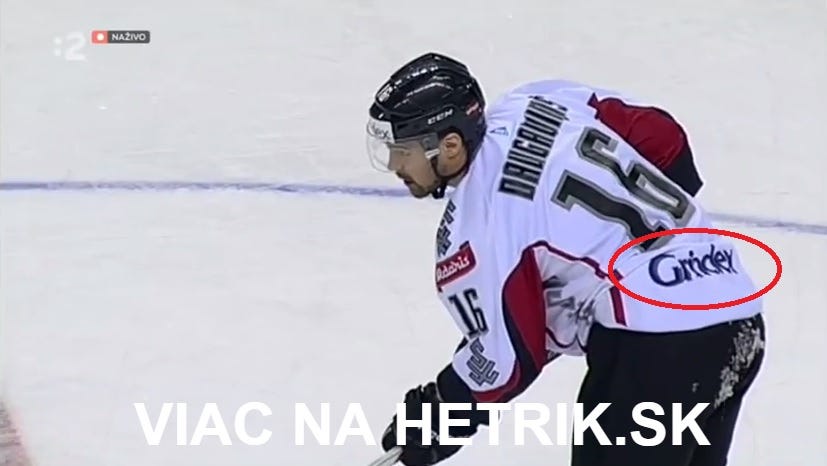 P.P.S. – Seeing Daugavins in a Sens jersey is reason enough to give a quick shoutout to Ottawa for continuing to do the damn thing. Just torched the Habs last night 5-1 to stay alive. This series is going the full 7. You think Cherry Hill Native Bobby Ryan is a little excited about finally ending his scoring drought?