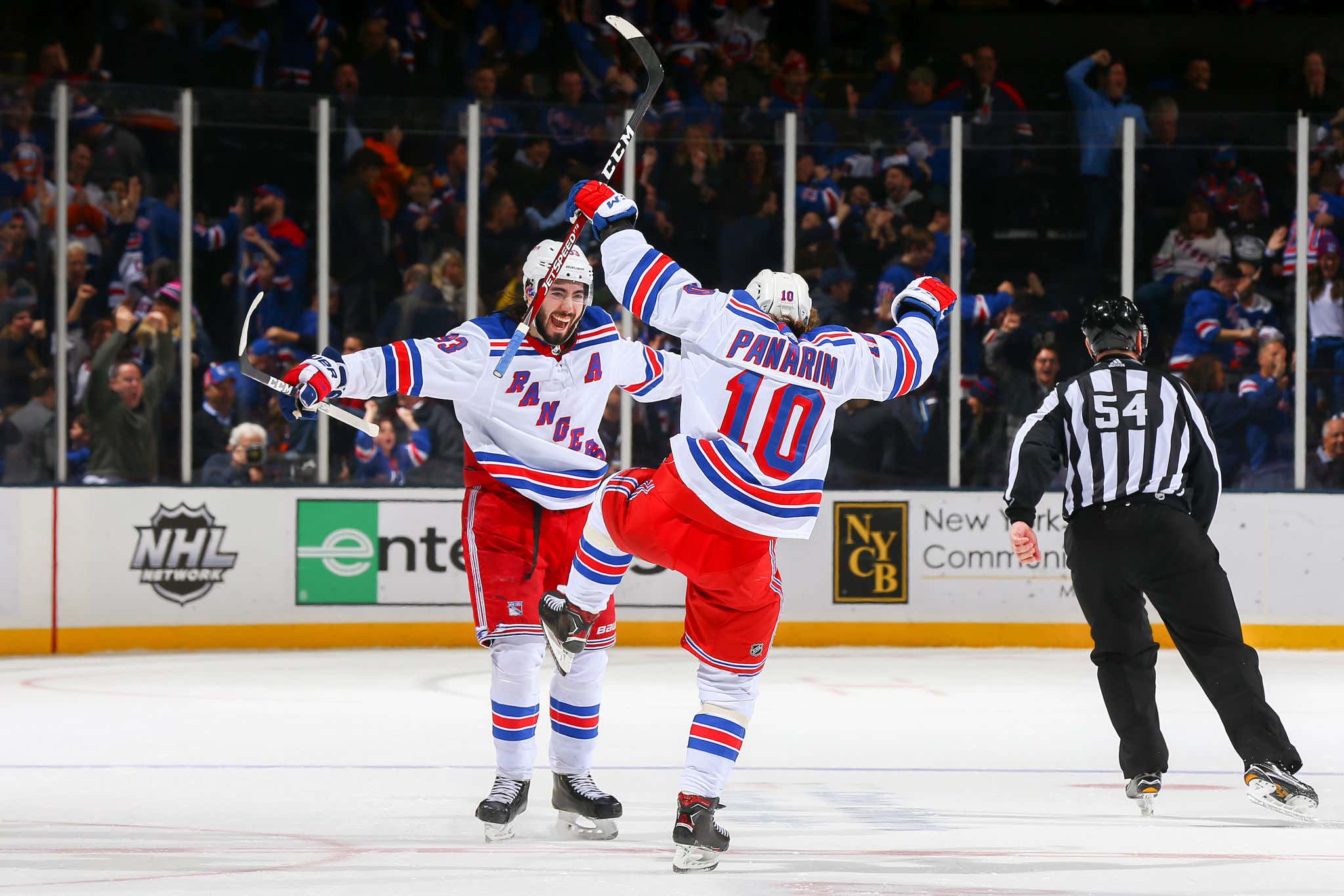 Let me start by making one thing perfectly clear. Artemi Panarin is a bonafide superstar who had the best free agent debut in history and 10000% belongs in the Hart race with Draisaitl & MacKinnon. There's also plenty of reasons he should win. He was unquestionably the league's top even-strength forward on the league's youngest team, strapping the likes of Strome & Fast on his back as opposed to flying with McJesus or Landeskog/Rantanen. If Breadman piled up the insane minutes Draisaitl did, he'd be right there with him in triple-digit points. If he was deployed as offensively as MacKinnon was, same. There's certainly not a clear-cut winner in this shortened season and I wouldn't be surprised if any of the three end up crowned MVP.

As a Rangers fan though, is Panarin truly the squad's most "valuable" forward? On the surface it's easy to say yes - but if you dig a little deeper you'll realize Mika Zibanejad is a stud in his own right & may have gotten the nod over his teammate had he not missed 13 games early on in the year. DJ ZBad was a goal-scoring machine. Thanks in large part to his finishing ability, he actually bested Panarin in primary points per-60 and was one of only three NHLers who averaged 2 or more goals per-60 (Pasta & Ovi). Had he played a full slate of games, Mika would've pushed 50 tucks & 90 points as a centerman playing a more physically demanding, responsible role against opposing top lines while also piling up the most PK minutes among Blueshirts forwards. A fifty-burger would've garnered some serious Hart attention.

The immediate response to that would be, again, Panarin's lack of offensively gifted linemates. That's fair. However, that's also why his line regularly had much easier matchups than the KZB trio. If Quinn wasn't making sure his top center is on the ice against the opposing top line, the opposition was doing it for him. Zib, Kreids & Buch are who opponents focus on shutting down and #93's breakout has everything to do with that. He had Kreider & Buchnevich on pace to smash career highs across the board along with himself. Because of that, Panarin was able to bully middle-six players for a majority of the season.

But how did the Rangers and Panarin do with their star center on the shelf? That's the true question here, no? Well, they actually thrived with an 8-4-1 record while the Breadman delivered an insane 7G/14A. So not only did Zibanejad's absence keep him off the scoring pace it allowed Panarin to prove he could elevate his already elite game, regardless of linemates, when all the defensive focus is on him. Despite shaky goaltending and a roster of youngsters, he made sure his squad didn't skip a beat without their 1C. That's the pure definition of "valuable" and gives his Hart legitimacy a huge boost.

Overall, the Blueshirts were just 3-11-1 when Panarin played but didn't find the scoresheet. 3-11-2 when Zib was pointless. So regardless of your opinions on either superstar, one thing is crystal clear - if the Rangers are gonna make some noise next weekend and beyond, they both need to be firing on all cylinders right out of the gate.