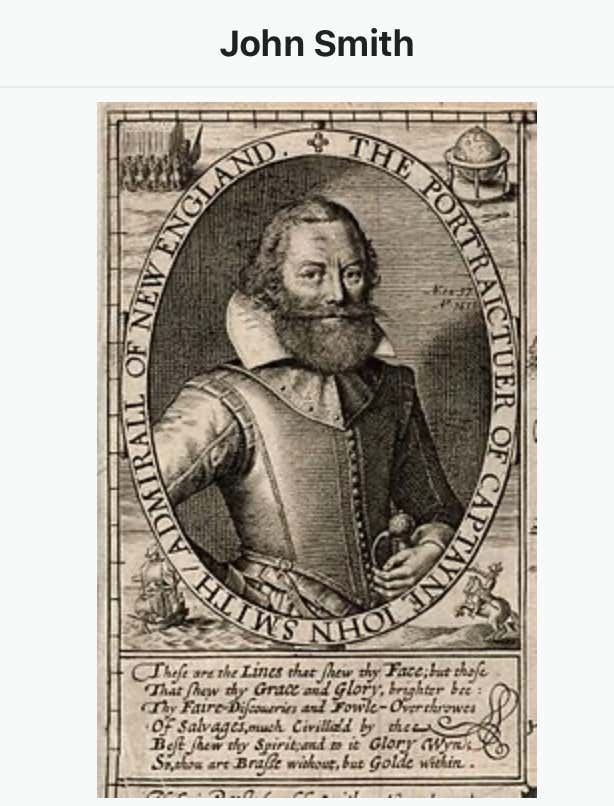 As most of you already know, it's National John Smith Day. In honor of the 389th anniversary of the legendary explorer's death and the upcoming birthday of 2x Olympic Gold Medalist wrestler John Smith, I decided to team up with TierMaker and Coors Light to pay homage to the greatest John Smiths of all time. I know I say this every year on John Smith Day, but hell, I really feel like there's something special about this crop of John Smiths. 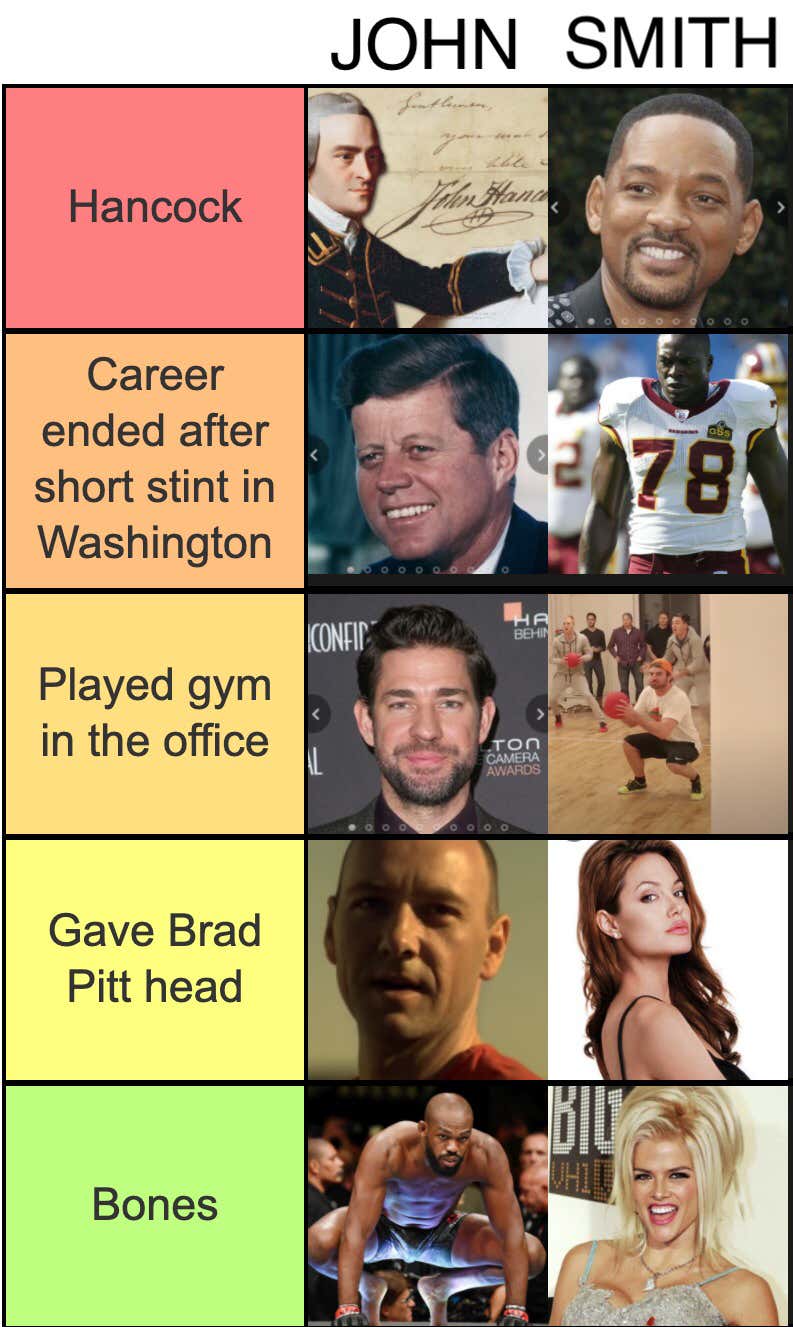 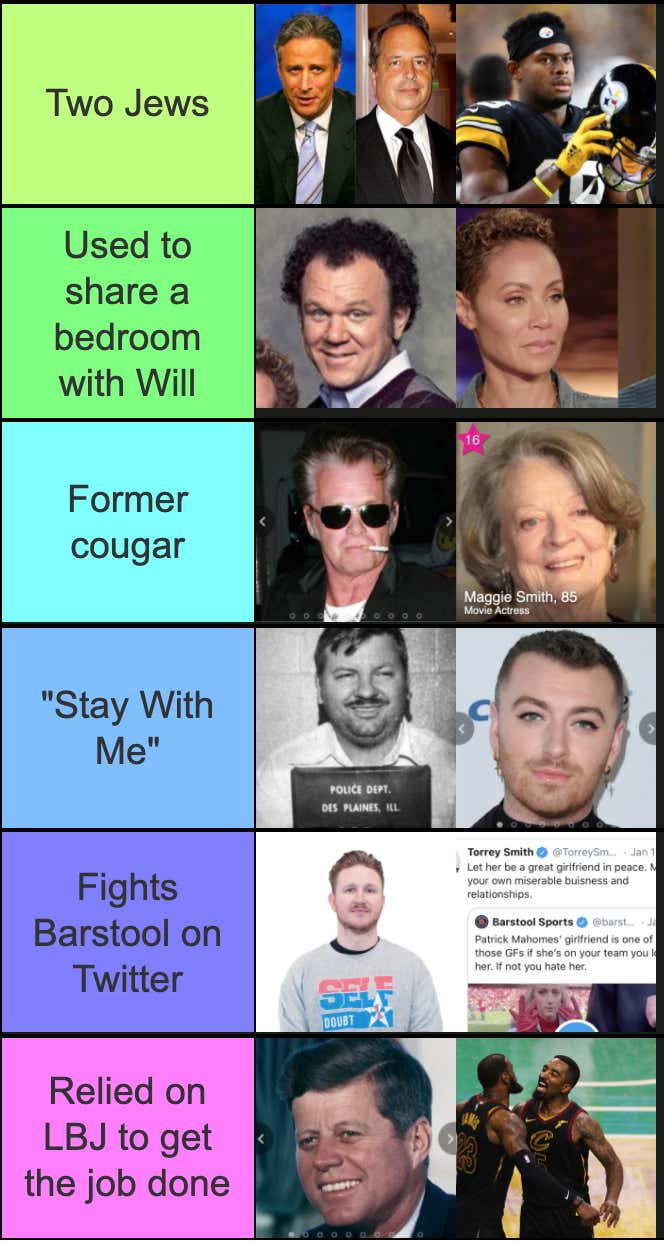 John Hancock (The Declaration of Independence) and Will Smith (Hitch)

Played Gym In The Office

Relied On LBJ To Get The Job Done