First things first. One thing this will NOT become is a rap battle. No Drake vs. Meek. No Drake vs Pusha T. No Nas vs. Jay-Z. No Eminem vs. Ja Rule. No 50 Cent vs. Ja Rule. No LL Cool J vs. Canibus (remember that one?). No Big vs Pac. None of that. Not even close.

This is two of the softest "rappers" ever we're talking about here. And let's not forget.

"Will Smith don't gotta cuss in his raps to sell records
Well, I do, so fuck him and fuck you too"
- Marshall Mathers

I haven't been following this story other than what I've seen posted on this website.

I just know that I feel bad for Will Smith here. Not only for getting cheated on, but for it being made known to him so publicly in front of the world to see. And for the millions of lowlifes that get off on that "others unhappiness" type of shit.

No man deserves that.

Especially a man that has given us so many great moments throughout the years.

He got dragged (as the kids call it) real bad, he got memes, and we've all seen the pic of his surprised face trying to hold back tears/rage.

Sure he's done a questionable job raising his son, and choosing film roles, and apparently choosing to stay with a woman capable of humiliating him not once, but twice, and probably many more times if we're being honest.

This isn't the behavior of a lady that regrets a really poor decision. This is someone who's gotten away with this shit in the past and knows she can continue to get away with it. She's clearly on that "ask for forgiveness, not permission" bullshit.

The "mister" in this situation, August Alsina, (seen here) 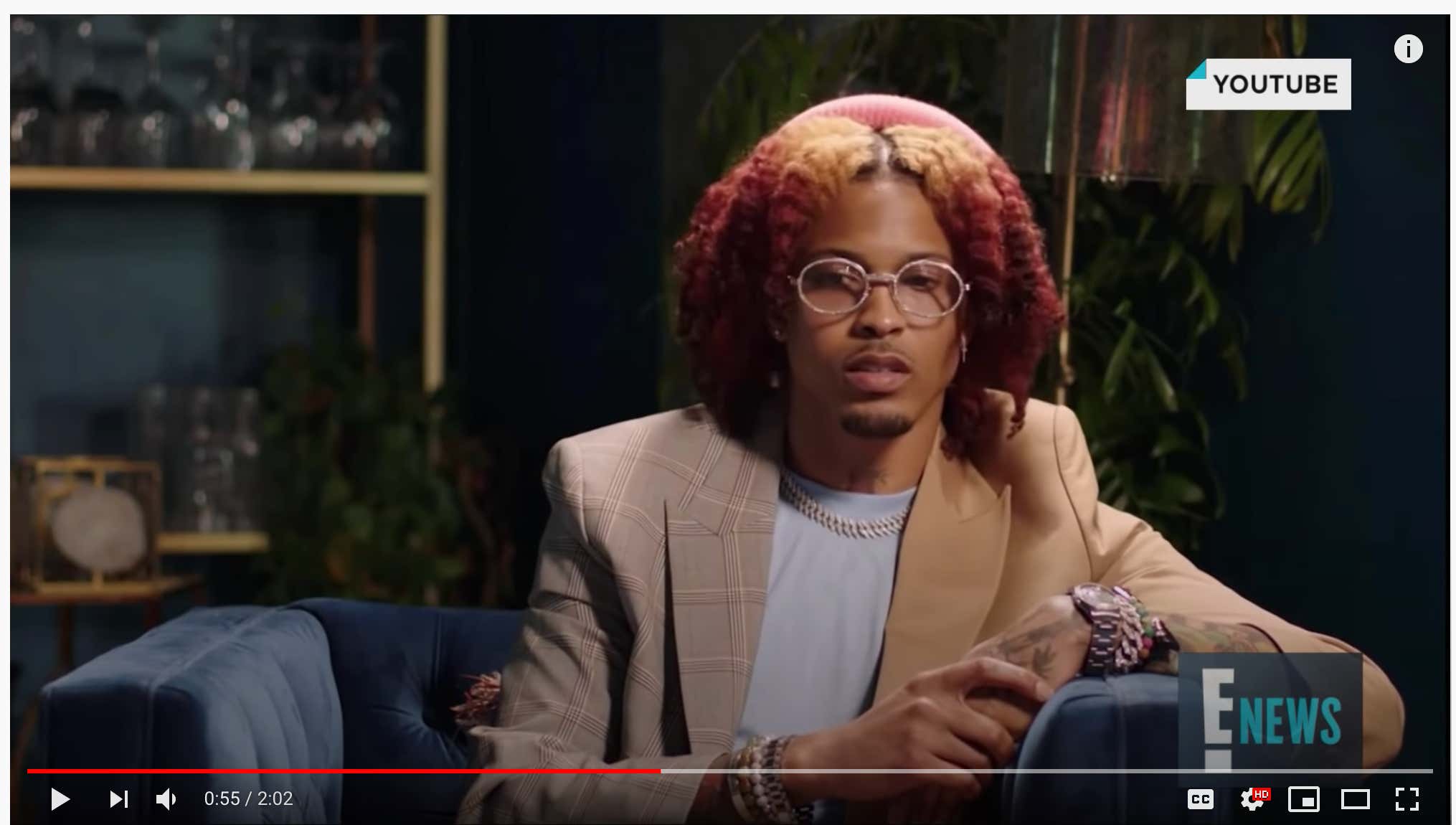 a "rapper"/R&B singer seemed pretty indignant towards the whole thing. There were no apologetic or regretful words. In fact, like a true psychopath, he managed to make it about himself and claimed he learned about himself and his feelings throughout the relationship and its end. And since we're all in the circle of trust here, if this man fucks the mother of your kids while she's still married to you how can you really find her attractive again?

That was last week.

Late Sunday night he did what any true scumbag does and struck while the iron is hot. Dropping a track to twist the knife in the Fresh Prince's back. Aptly titled, "Entanglements".

To cut to the chase, and save you the play, the song's trash. Even with Robert Kraft's close friend and hype man Rick Ross featured on it.

He makes one reference to Jada by name,

Shawty leanin' on my shoulder, got her questionin' my willpower
Jaded by her beauty, but her reputation real solid
Mornin' down the hallway, I can tell you how I feel about it
Caught up in the Matrix, and I doubt if I can get up out it (Come on, come on, huh)

None to Will directly but that's neither here nor there. He penned a song about this shit, put it in the archives, with his name on it. He "put in on wax" as we used to call it back in the day. That's laying the gauntlet down.

By my calculations, Will Smith now has two choices-

1) He can murder August Alsina in cold blood. Trial by combat style, Founding Fathers duel style, or OJ style. Any of the above means are more than justified now.

But knowing the man of integrity that Will is, we all know he will continue to take the high road here. Which leads us to -

2) He can (and should leave) Jada in the fuckin dust. Can't teach an old dog new tricks amigo. Should have took the Tupac stuff as big red flags way back when and settled down with Lisa.

Will Smith's castmate and the other half of one of America's favorite couples ever.

She blew Jada out of the water back then and still does today.

Can't turn back the hands of time but you can right a wrong.

This would not only be a major upgrade for Will, but I argue it'd be a much needed shot in the arm for America. It would take us back to better times. The 90s. The could even document it all on a real-life version of the "Fresh Prince 2020" on one of those all reality tv networks like MTV. You'd have the uber-successful Will, living in the big house in Bel Air with wife Nia and his normal kid Willow, Jada can go live on fuckin Mars with Jaden,

while Alphonso Ribiero mooches off him and lives in his pool house in between tapings of America's Funniest Home Videos.

Sure she's technically engaged to 76ers bench coach Ime Udoka, but he's just a Philly coach. Will Smith is the king of Philadelphia. Prima Nocte most likely applies here and the people of Philly would fully support this no doubt. Hell, Ime would probably support this as well.

Give Nia a call Will.