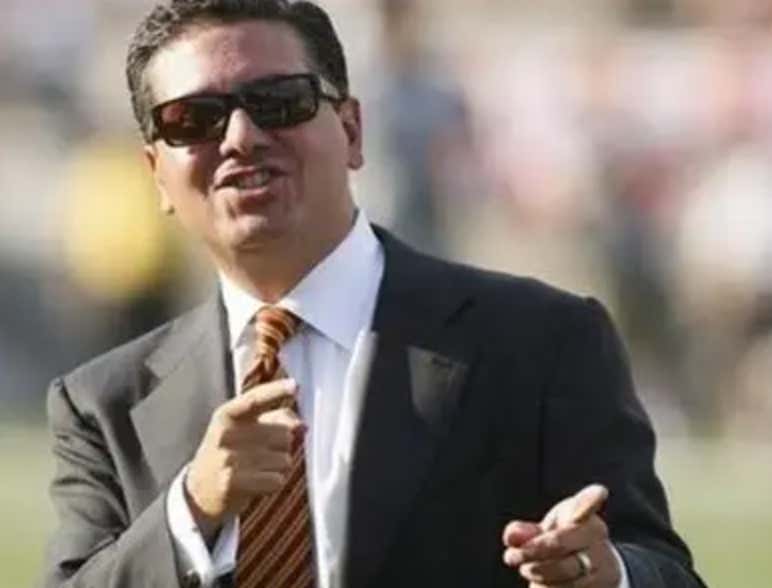 So as you probably know, yesterday the Washington Post published an article describing the culture within the Redskins (I'm sorry I keep saying Redskins, they just don't have a name right now) organization. Needless to say....

My biggest takeaway is Dan Snyder allowed a harassment-fueled culture to exist. I fully, 100% believe he knew and did nothing to stop it. It doesn't seem like enough to get him to sell but I'm glad these women spoke up to get the other scumbags out. You can read my full blog about it here:

Well now, after 2 decades of running this franchise into the ground, after allowing harassment and a toxic culture run rampant through his organization, Dan Snyder is committed to change!!!

Pro Football Talk - After explosive allegations were made against his team on Thursday afternoon, Dan Snyder released a statement on Friday morning promising changes.

Snyder said he and new head coach Ron Rivera are committed to moving the franchise forward.

“The behavior described in yesterday’s Washington Post article has no place in our franchise or society,” Snyder said. “This story has strengthened my commitment to setting a new culture and standard for our team, a process that began with the hiring of Coach Rivera earlier this year. Beth Wilkinson and her firm are empowered to do a full, unbiased investigation and make any and all requisite recommendations. Upon completion of her work, we will institute new policies and procedures and strengthen our human resources infrastructure to not only avoid these issues in the future but most importantly create a team culture that is respectful and inclusive of all.”

I mean honestly, fuck this guy so much. We've known how terrible this organization is FOREVER. Since he took over you have never heard a single good thing about what goes on inside the walls. From suing old ladies, giving apples instead of Christmas bonuses, over 40 front office employees quitting in 2019, and so much more. Like, SO MUCH MORE, including this NYT article from 2018 that was basically ignored:

Look…I'm glad Snyder now wants to change the culture. But he's such an incredible piece of shit. And now he's trying to act like he's some sort of hero, some sort of savior. It's just….I don't even know how to put it into words. All that came out yesterday is on him and he's going to skate by, no big deal. He's just going to pay this lawyer a ton of money to investigate the culture, write some bullshit report, he'll say "we are committed to being better", and that will be that.

I hope nothing but bad things happen to him. What a slimeball.