Sidenote: I have no idea why I'm turning my fork that way before I put it in my mouth. I can honestly say I've never done that. I can only guess it was because I was trying to make it less disgusting of a visual??? Idk. Shoutout to the people on IG pointing it out. I'll undoubtedly think about you guys every time I use a fork for the next few days.

ANYWAY. Watermelons are having quite a week here at Barstool Sports.

It's no secret that Dave loves watermelon. You don't even have to be an OG stoolie to know that. It simply runs through his veins. It's so well documented that when we fly Air Portnoy, he gets his own platter. (It may have only happened once, but I got a photo of it and that's what matters.) And in case you're living under a rock, he had another eating contest - vs. a teenager - yesterday. 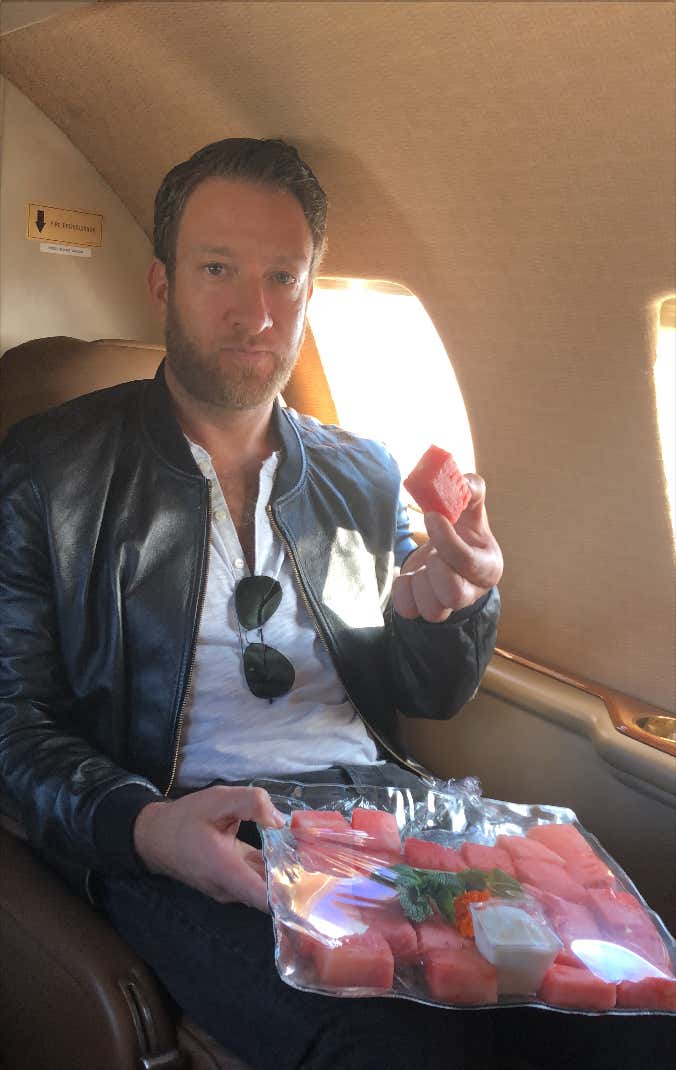 But that's not why I'm writing this blog.

I'm writing this blog because I've decided that my podcast co-host Thomas Brandon f'in Walker had quite possibly the worst take in human history today. And this is the same man who thinks The Grove is the most overrated thing in college football.

Do you hear this asshole?!?

"Watermelon smells, tastes and look disgusting." I know he said it on the Yak as well, but it's just an ALL TIME bad take. Not only does it tastes delicious, it smells delicious. I mean have you ever smelled some of that watermelon body spray with glitter in it?? Entrancing. (PSA: If you've been to a strip club, your answer is 1000% yes.)

Now, I can admit that eating in the studio isn't a great-manners-move on my part. BUT it's the middle of a global pandemic. Rules are out the window. Plus, its July and no body is in the office. BFW and I scream at each other all day every day. We have no manners towards each other. So I'll eat if I want to eat. Sure, it may not be a super pleasing sound to hear in his headphones, but then again people are making, like, billions of dollars on this ASMR shit these days for a reason. I just seized an opportunity while I could. Never too late to learn a new skill imo.

I'll also admit that I was unaware Brandon hates watermelon that much. I feel bad for people with weird ass phobias. It's well, well, well documented how bad my trypophobia is. It's really, really bad. I've had legit have had an exorcism on the floor of the radio studio in the past.

(Yes, I'm fully aware something is wrong with me. It's been a thing for my entire life. My therapist is paid well.)

So I'm more than capable of being sensitive to things like this. EXCEPT the problem is that I don't think that Brandon has a actual phobia of watermelons. I think he just has exceptionally bad taste and just accidentally outed himself to the entire company today.

Make sure you download the new episode of Unnecessary Roughness tomorrow morning to catch the entire vibe (it was a fun episode).

And in the meantime… I'll keep working on my AMSR in order to repulse Brandon as much as possibly can.