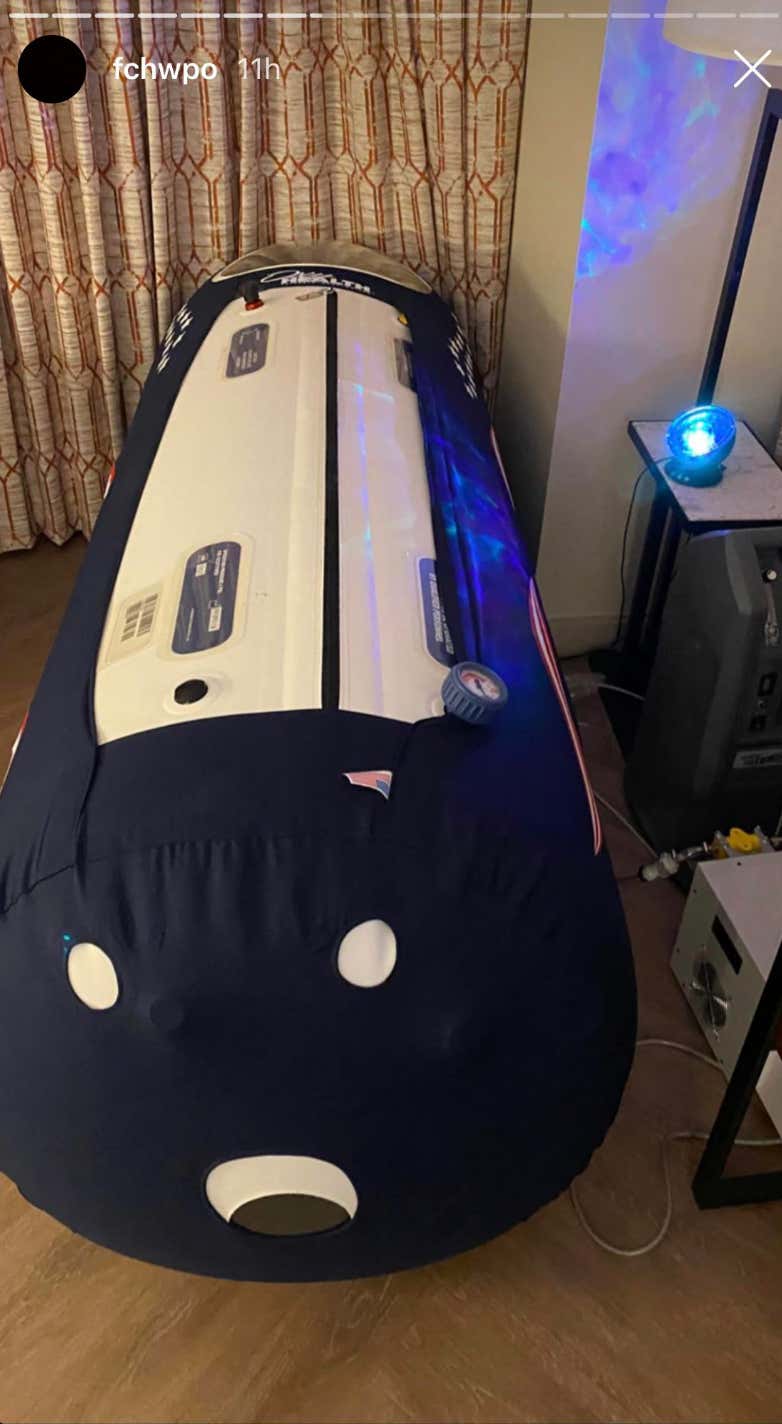 I dunno about anyone else but I am getting the sense that the Celtics are thriving in Orlando and we're only 1 day in. First Enes Kanter showed us how despite other poverty franchise, the Celts were eating like kings. Jayson Tatum had an elite flavor of Ocean Spray, Hayward has his gaming system, things seem great. I can't help but notice how every other NBA player is either complaining about their food or that their hotel room looks like a Motel 6. They don't seem focused to me which is unfortunate for their fanbases,

And then there's Jaylen Brown. The man is so focused on thriving in this bubble that he brought his own portable hyperbaric sleep chamber to the bubble. What a goddamn power move. From my understanding this is all to help recover and what not and that's a big deal because this schedule in Orlando is going to be condensed. The last thing we need is Jaylen pulling a hammy. If we're being honest I'm getting a little claustrophobic just looking at that thing. No chance I could last more than 10 seconds with that thing zipped all the way. I do know this though, I LOVE his commitment. What percentage of players do you think have this in their rooms? Probably didn't even consider it. That's why Jaylen is Jaylen though. Bring sleep chambers, crystals, tea, etc to Orlando and put himself in the best position to succeed. I can't lie, between Nick Wright giving us the goods by declaring the Celts have a 0% chance to win the title and then seeing this from Jaylen, I'm a bit excited.

I don't even care if some people consider this a hardo move. To me that means they're just jealous their favorite player didn't think of it. From everything we've seen so far the Celts have arrived in Orlando with a singular focus, and that's Banner 18. I think we've all been enjoying Jaylen's breakout season

and thankfully it looks like we're going to be getting more of the same down in Orlando. Buckle up.