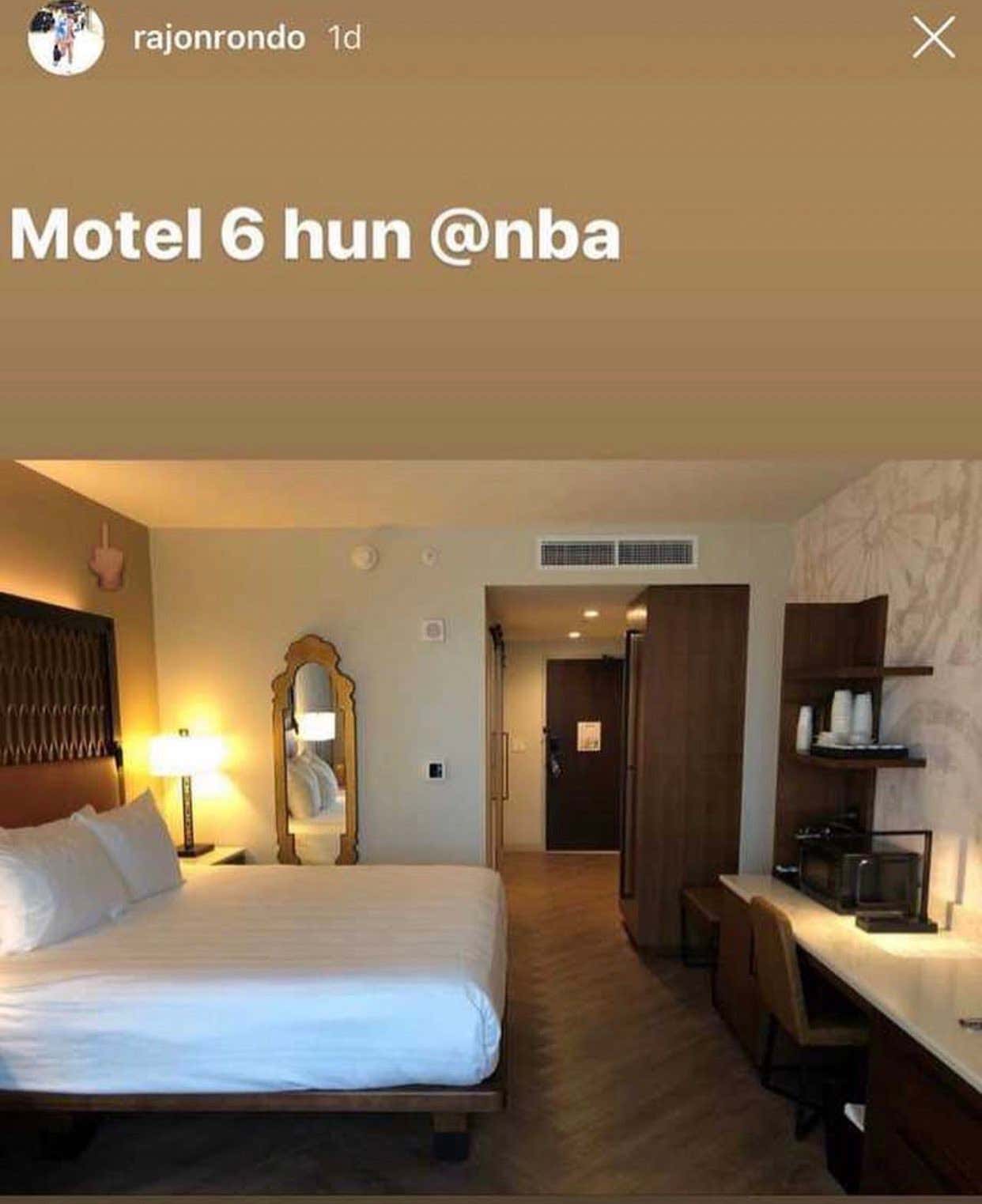 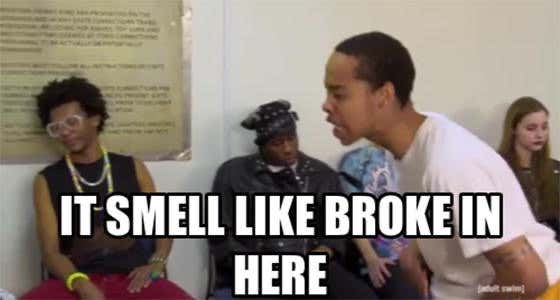 This is why I'll always love Rondo. This is a man with the Rolls Royce logo tattooed on his entire back. You think these amenities are up to snuff for this man? Pfffft. Think again, Silver. Y'all better open up Mickey's castle and let RR take the suite. You think he's going to eat the rations Disney's been providing and not his typical meal of sushi and Gatorade? Think again, bucko. It's been a rough stretch for Rondo. First the Lakers announce they're poors by accepting a Small Business Loan and now this. I feel bad for him. He deserves much better than this shoddy treatment. He shouldn't be staying in such disastrous conditions. Or subjected to spending more than like nine consecutive hours in the hellhole known as Florida.

PS - Saying that room is the Motel 6 makes me feel so goddamn poor. That's arguably the nicest thing anyone's ever said about Motel 6. Or any motel in general, for that matter. But to be considered the nicest hotel at Disney and have Rondo take a big dump on your rug seconds after his arrival? That's more scathing than what anyone has said about the food.