Opening Day at Keeneland was a good one for us. Between me and Lo Duca we had the opening Pick Five and I gave you the late Pick Four ticket as well. Now today we are back to the home of racing and I have the early Pick Four and the late Pick Five. A word of caution, I believe the late Pick Five will be a tricky sequence to hit, however I do think it will pay a substantial amount today. Let's roll the dice and see what we get, shall we? 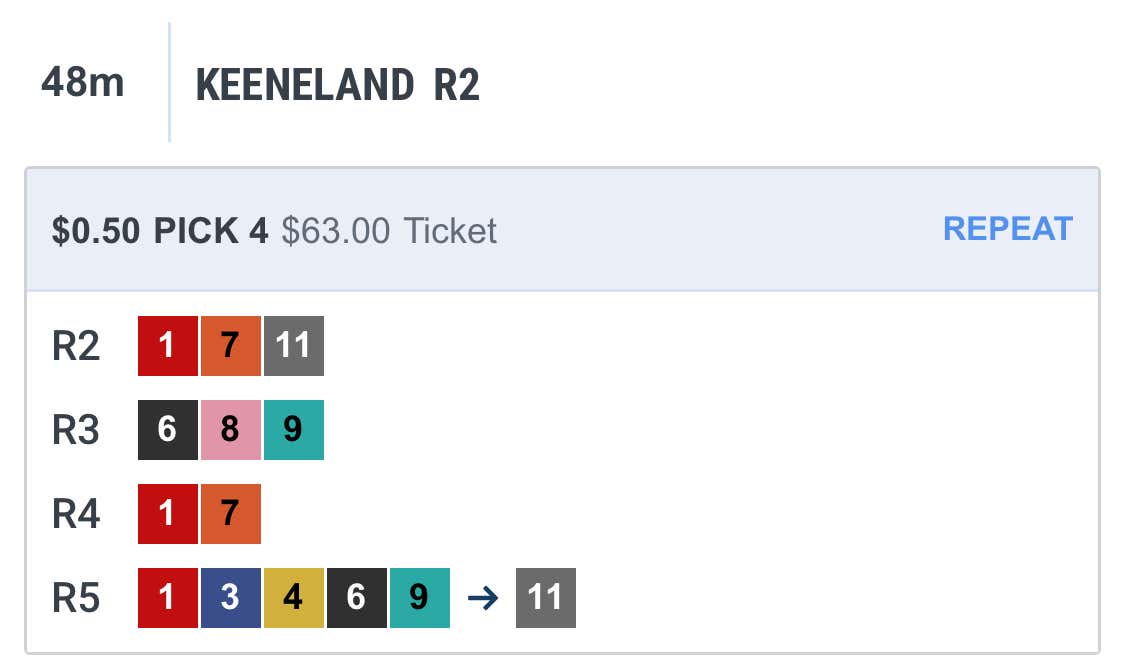 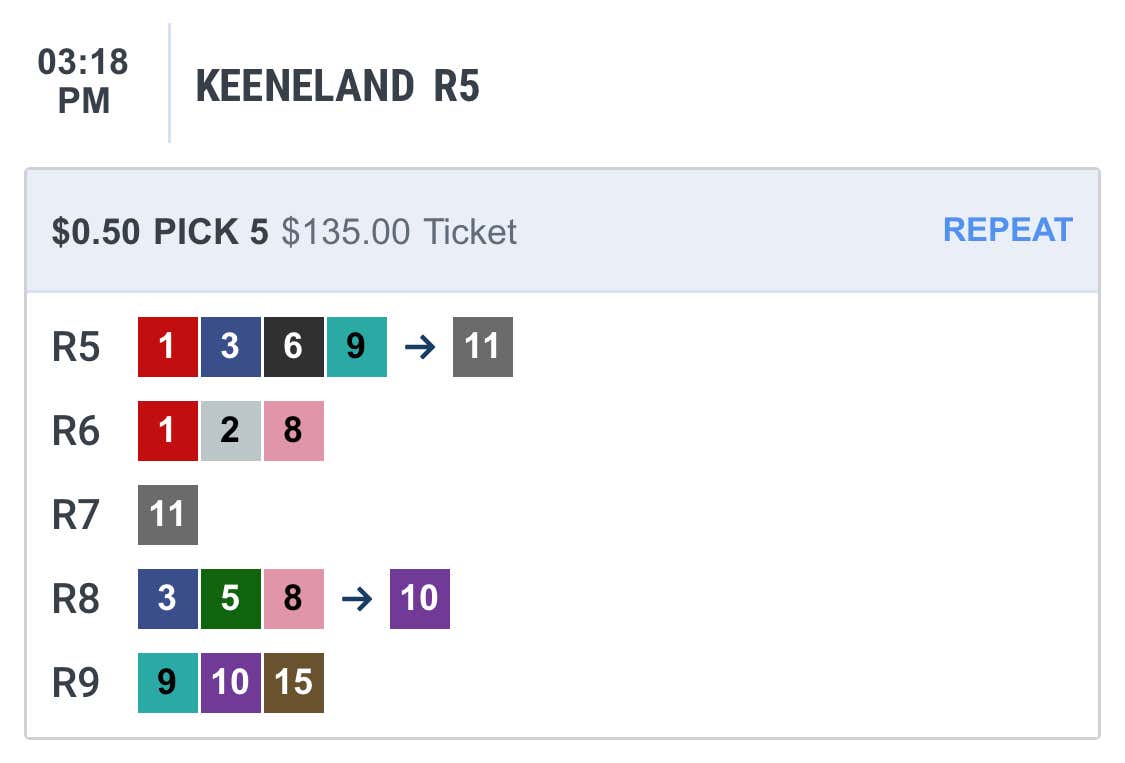